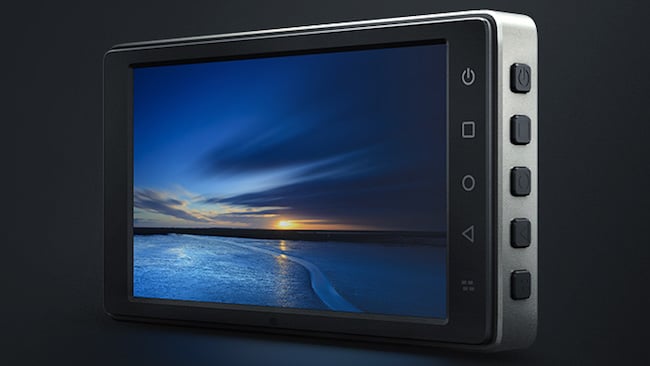 DJI has kicked off the drone section of CES 2017 in a suitably hyperactive manner, showing two possible prototypes of the forthcoming — and extremely interesting — CrystalSky monitor, as well as adding some new mapping and control software and expanding Osmo.

The Osmo Mobile was introduced last fall at $299 as a smartphone gimbal. Used in combination with the DJI GO app, the Osmo Mobile enables automatic subject tracking, timelapse, long exposures and live streaming. DJI now adds a Silver version to the mix with no change in feature set but, guess what, in silver rather than black. It shares its $299 price with its black counterpart and will be available the end of January.

More significant for owners of existing Osmos is the introduction of the Zenmuse M1 gimbal. This will allow Osmo users to remove the camera from their devices and replace it with the M1 gimbal which will hold any smartphone. It is priced at $169 and should also be available the end of January. 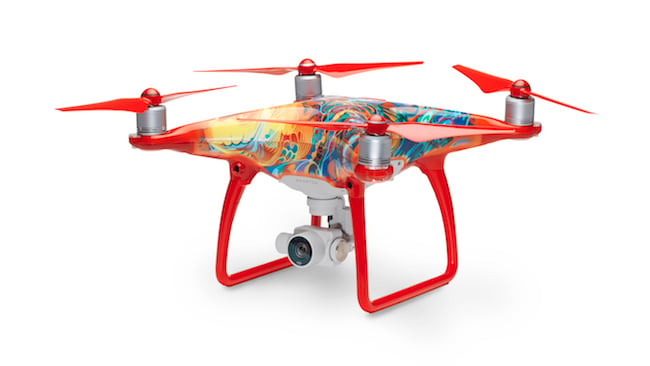 Just as theme livery has been a part of the commercial airline world for years, now drones enter the picture with custom livery. The Chinese New Year Edition drone, is a Phantom 4 featuring a design by Martin Sati using the Phoenix as the central motif along with design elements representing air, fire, water and earth. It begins shipping on January 23 at $1199 with sales restricted to Apple stores and DJI flagship stores, as well as directly from DJI.

Ground Station Pro is an iPad app designed for professional and advanced enthusiast operators to set autonomous flights of DJI drones. It can generate flight paths which in turn can ultimately be used to create 3D maps to repeat that same flight pattern at a later time. Each drone mission can have up to 99 waypoints with actions programmed at each waypoint, such as rotation, pitch, record, stop, hover and others. Finally, the app can be used to set a “virtual fence” to constrain the flight area of the craft.

The GS Pro app is free and currently available for download through the App Store.

DJI also showed prototypes of its upcoming 2000 cd/m2 4K monitor recorder. It will come in 7.85” and 5.5” screen sizes and can playback files at up to 60fps. Its ultra-bright screen is designed for daylight outdoor viewing. It incorporates an SD card slot both for recording of monitored footage as well as for playing back H.264 or H.265 encoded video. Its external battery can power the unit for up to 6 hours.

DJI is not announcing either pricing or availability at this time, but given its penchant for disrupting markets wherever it can a lot of people have their eyes on this. Maybe an NAB launch?