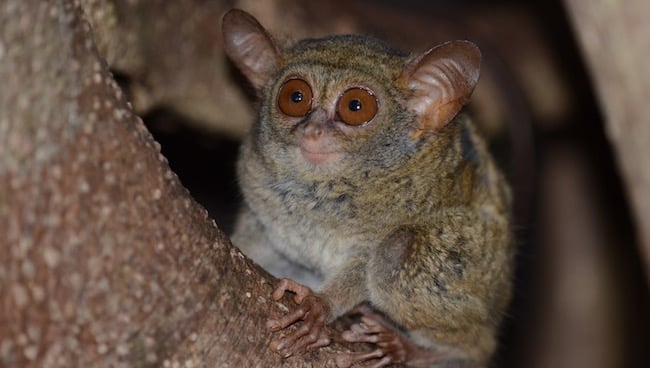 Monkey business: Sky viewers in the UK had the chance to see some of the latest natural history work done with Canon’s 4 million ISO ME20F-SH camera over the holidays on ‘Monkeys: An Amazing Animal Family’.

Offspring Films' three-part series Monkeys: An Amazing Animal Family, which started airing on Sky 1 on Christmas Day, required a segment on tarsiers, who as you may or may not know are nocturnal animals living deep in the Indonesian jungle. DoP Mark Payne-Gill, who has previously used the ME20F-SH on shows such as Stargazing Live, went straight for it again.

The crew shot the tarsier sequences at 45db – the equivalent of 144,000 ISO – using an older Canon 150-600mm f5.6 EF-mount lens, and  thus documented the tarsiers at night time in full colour HD without the need for the lighting that would have scared the animals away. 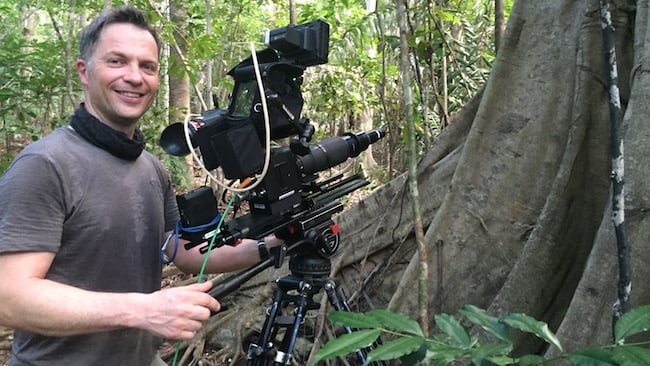 “I pushed the ME20F-SH to a very high ISO and we were still blown away by the results,” says Payne-Gill. “We got close-ups of the animal’s faces with their massive pupils in full colour. Being able to capture them in this way meant we could really tell their story.”

“Tarsiers have been filmed before,” added Monkeys… director Clare Dornan, “but filming them in colour, undisturbed in their natural environment has not been achieved before.”