The Chronos 1.4: A high-speed camera for the masses? 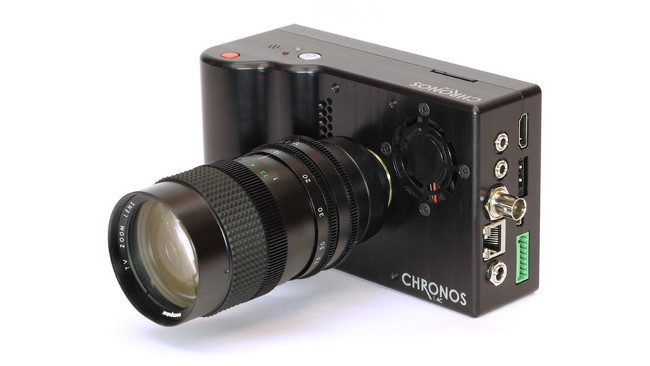 A recent Kickstarter project, which has flown past its funding target, aims to make very high speed shooting a possibility for lower budget productions.

High speed shooting used to be the preserve of film cameras or people who were lucky enough to use a Phantom. Advances in sensor technology have meant that pretty good slow motion is now possible on many accessible and affordable cameras. These days, 120fps at 1920 x 1080p resolution is normal rather than exceptional. Many mid-range cameras are now capable of much higher frame rates. Some would say that this sort of accessibility has had the effect of making slow motion an overused technique. But, it has also opened up creative opportunities that, not so very long ago, would have been closed to lower budget producers.

The Chronos 1.4 would appear to bring an even faster tier of frame rate to the masses. At a 1280 x 1024 resolution, this isn't perhaps the type of camera you would use on your next feature film (although, you might). However, it does open up intriguing possibilities for specialist use, such as scientific research, movement analysis and some forms of wildlife photography.

Projects such as this, when followed through, can be great democratisers of industry. Whilst it would seem that this particular project has a good set of legs and is much more than imaginary vapourware, there is still the not-so-small issue of mass production and distribution. If these problems can be overcome, then we may well have a serious low budget high speed camera available for all to use. Finally.