The RED Epic-W: the best dual purpose still/cinematography camera yet? 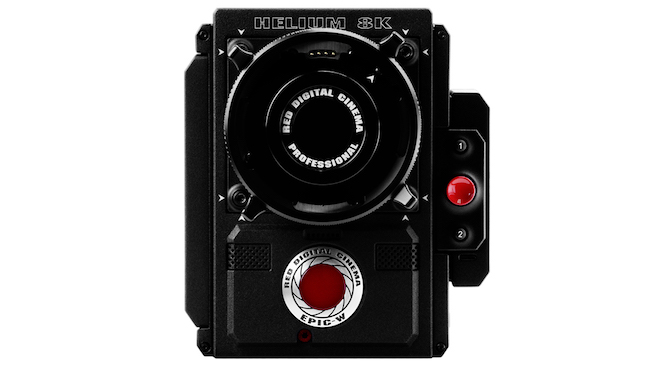 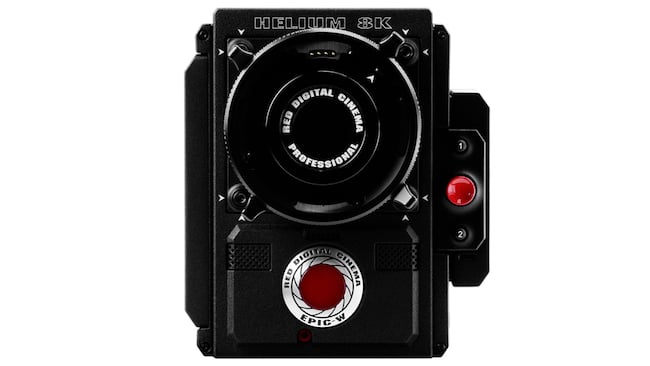 The RED Epic-W: A year's wait but well worth it

Nearly a year after initially putting down a deposit for a Scarlet-W, Rakesh Malik now finally has $30,000 worth of Epic-W in his hands and discovers that it could be the ideal mixed still and cinematography camera for anyone serious about either format.

It's been quite a wait, and in the interim RED loaned me a Scarlet-X Dragon to shoot with. First impressions are that there are some obvious differences between the DSMC1 and DSMC2 bodies. The port cluster at the bottom rear is gone, replaced by an exhaust vent. The Brain itself is smaller and lighter as well, pretty remarkable given that RED has crammed significantly more hardware in there.

Most people who have used RED cameras are used to hearing fan noise between takes; the default fan settings run the fans at a rather high level when the camera isn't recording. The Epic-W on the other hand is whisper-quiet, even when not recording.

It's a tradeoff; the old bodies had a set of ports like timecode, power, and genlock in, as well as HDMI and SDI, while on the DSMC2 you'll have to add modules to get those ports.

With the cableless design, it's now quite easy to set up the camera so that it's nearly ready to go: just attach a lens, battery, and media card, and it's built. It's still possible though to add Lemo adapters for situations where a remote monitoring solution is better than having the monitor on the top or side via a POGO to Lemo adapter. In addition to making setup easier, it also makes the camera easier to pack for travel.

My Epic-W is configured with a 4.7-inch monitor and a bare bones V-mount plate. I'm getting an average of around an hour with the 90 watt hour BlueShape Granite batteries I've been using, which is a bit less than the 90 minutes I was getting with the older Scarlet-X or with the AJA Cion.

The Epic-W as a legendary stills camera 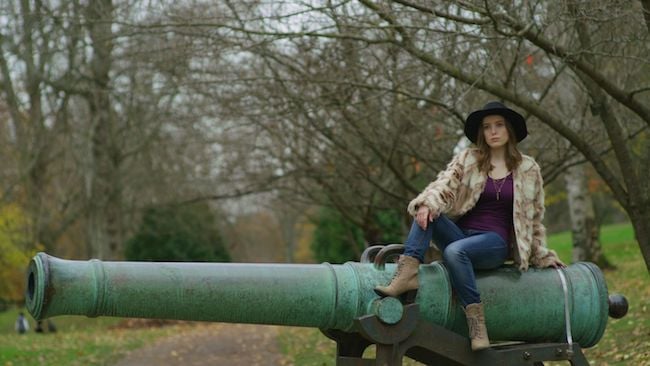 Resolution is of course a big draw for the Epic-W, since Helium is an 8K sensor. That puts its resolution at just shy of matching the Sony A7R's pixel for pixel, and from experience I've found that images from an A7R make great 16x20 prints without any uprezzing. The native resolution of the Helium sensor puts it at 14x27 inches when printed at 300 dpi, which is a fairly common density in fine art printing.

The open gate aspect ratio is 1.9 to 1, which is quite a bit wider than the common photographic aspect ratio of 1.3 to 1. Having worked with formats ranging from square to 3 to 1 in panoramic cameras, I've found that I favour aspect ratios close to 2 to 1. This is of course a personal preference; there are some photographers like Charlie Waite who prefer to shoot almost exclusively in square formats.

As a stills camera, there are of course a few limitations; one is shutter speeds. The maximum shutter speed is 1/8000 of a second which is stellar, but the minimum shutter speed is 1 second, which is a bit limiting; it's pretty common for me shooting landscapes to use exposures of up to 30 seconds or more. There are some frame processing options, where the camera will capture a number of frames and combine them, either summing them or averaging them. My hope is that summing them will give me the same effect as a longer exposure time, even though it seems to have a maximum of 16 frames. That would cover most of my needs, especially since the film I usually used for landscapes was ISO 50 or 100 for colour and 400 for black and white.

Resolution wise, it's a pretty even match between an A7R and Epic-W. The A7R has an impressive 14 stops of estimated dynamic range, while the Helium has an estimated 16.5 stops. The A7R captures raw images in 14-bit colour, and the Epic-W captures in 16-bit colour.

By lowering the framerate, it's possible to enable 2:1 compression on an Epic-W; that's a mathematically lossless setting, which puts the file size at only around 22MB compared to 36MB for the Sony RAW files. While I'm not convinced that 2:1 is necessary in most situations, it's nice to know that the option is there. The downside is that being a cinema camera, it shows an accurate preview of what it's capturing; with a high shutter speed and low frame rate that leads to a choppy image on the monitor. It makes focusing a challenge, so I'm finding that staying at 12fps and using 3:1 Redcode compression is a lot easier to work with.

Continued over the page...

The colour and the shape

In recent years, RED's push for more resolution has generated some criticism from people saying that we need better pixels more than we need more pixels. While there's a lot of truth to that sentiment, it's also selling RED’s accomplishments short. The Dragon has quite a bit more dynamic range than even Sony and ARRI offer. RED’s continual efforts to improve its colour are evident in the string of colour profiles available via the RED SDK; I've been pleasantly surprised by the look I'm able to get just by using DragonColor2 and RedGamma4, even though RedLogFilm is a lot more flexible in colour grading.

One of the improvements that come with the DSMC2 platform is improved image processing; I haven't had a chance to work with a Dragon sensor in a DSMC2 body, but several owners have posted test footage that showed great colour rendition and less noise than in the earlier DSMC1 bodies. Helium has even less noise than Dragon, and also supports higher ISOs, up to 3200. I filmed some party footage with my Epic-W shortly after receiving it and used ISO 3200 and captured in ProRes with good results. The camera rendered skin tones well in spite of the crazy party lighting, while the Sony images will require some work in post.

Factoring in the dynamic range and colour quality, it's clear that RED isn't satisfied with just throwing more pixels into sensors and calling it good. On the contrary, RED clearly has put a lot of emphasis on the quality of the entire image, not just the resolution.

In the past, the company’s emphasis has been on delivering as much flexibility as possible for post, which means emphasising RAW capture on its cameras and enabling as much latitude as possible. DSMC2 adds ProRes and DNxHD/DNxHR recording options in camera, which means providing an image that's inherently less malleable. These options enable recording in HD and 4K resolutions without cropping the sensor, with options including 12-bit recording with 444 chroma subsampling all the way down to proxy quality recordings. It can also record proxies while recording raw, which can speed up DIT.

The most obvious trade off in using these intermediate formats is that they aren't anywhere near as versatile in post as REDcode, but on the other hand, part of the reason for using them is to minimise the work required in post. In order to accomplish that of course, the output of camera colour needs to be good: if the only output option is a flat looking log encoded ProRes or DNx file, then it's still going to need colour grading and won't save much work.

One of the benefits of using a high-end camera is the ability to use LUTs during filming. RED cameras have a full set of primaries colour tools on board, so there's a surprising amount of customisation available. RED has taken this a step farther with the DSMC2, by integrating WiFi into the brain and also providing an SDK for interfacing with the cameras. FoolControl has been using this SDK to enable users on set to build a custom look on set over WiFi, and providing integration with tools like Pomfort's LiveGrade, a wonderful application with only one signifiant flaw, which is that it only supports the Apple platform (a limitation that FoolControl shares). The result is that there is an amazing bit of functionality available that currently is limited to the Mac community.

In the mean time, it's still possible to customise a LUT for a production using on-camera controls, the biggest disadvantage being that the user experience is quite lacking if you have one of the smaller REDTouch monitors; the menus take up enough of the available screen real estate that the image itself isn't visible while you manipulate curves or LGG controls, for example. As in all things in life, it's a tradeoff; you can opt for a bigger monitor, but then you have to pay a higher price and it takes more space, making it less packable.

RED's Graeme Nattress has been working on a colour space for the RED family of cameras called REDWideGamutRGB. He's also been working on a new mapping called Log3G10, which replaces the Cineon curve used in RedLogFilm with a curve that allows more headroom, enabling 10 stops of exposure above middle grey (hence the G10 in the name). This combination provides a standardised colour space for RED cameras, and the gamma curve is being tweaked to facilitate colour grading.

Upcoming are output transforms to translate from REDWideGamutRGB/Log3G10 to monitoring colour spaces like Rec709 and Rec2020. While this is currently part of the RED SDK and therefore available in post, it's also coming to select RED cameras, namely the ones that RED has added the extra hardware to so that they can handle the additional computation required, which currently means Helium cameras. I'll get into details of this in a later article, and when I've learned some more about it.

In spite of the large discount that RED offered to Scarlet-W deposit holders, the Epic-W still costs significantly more than Scarlet-W. High frame rate recording requires pretty much the same resolutions as on a Scarlet-W, which means that it can record 120fps in 4K and 220fps in 2K. Since the Helium sensor is approximately the same size as the 5K Dragon sensor in the Scarlet-W, that does mean that Epic-W will require a smaller window for HFR recording.

At the same time, Helium has less noise than Dragon, which enables better low light capture; I've so far gotten good results with ISO 3200, and haven't gone past that yet. The low noise also leads to cleaner blacks, which combined with the improved colour leads to a more vibrant image out of the box, a big boon for rapid turnaround work; being able to capture in ProRes or DNxHD/DNxHR with such excellent colour will be great for such projects; presumably RED wants to break into the TV market that ARRI still has a stronghold in, partly due to ARRI’s much-vaunted colour rendition.

I think it's pretty clear that RED is working to deliver better pixels at the same time that it's working to deliver more of them; I'm definitely going to consolidate my photography and cinematography package for adventure travel where weight and volume are paramount, since this surprisingly small and lightweight cinema camera enables me to capture gallery quality fine art stills as well.