(Replay) Opinion: Video killed the, er, video star. There's an overwhelming amount of video on the internet, but have we entered into a phase of viewer fatigue? And how will the current video usage trends impact future productions? 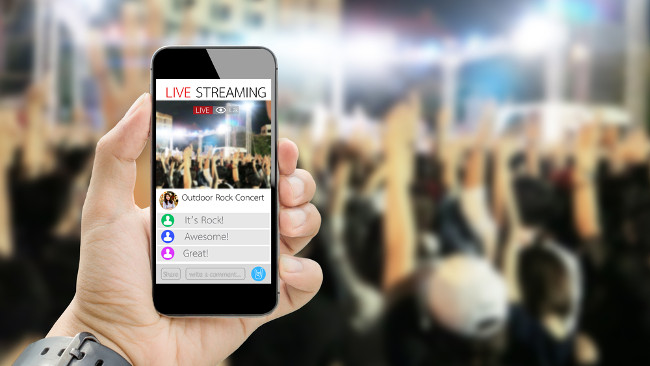 Video is, apparently, the fastest growing aspect of the internet. This is hardly surprising given the sheer number of videos of dancing cats, cute puppies and people falling off skateboards uploaded each and every day. Type a search into YouTube and you are bound to find something on the subject you are interested in. As a result of this, YouTube is second only to Google as the largest search engine available.

The figures are pretty astounding. Apparently, between 300-500 hours of video are uploaded to the service every hour, with over 6 billion videos viewed every month, with 1 billion unique visitors and over 3 billion search requests.

These are figures that any website owner would likely die for and it is something that businesses have taken note of in droves. Ranking in Google isn't enough. But ranking in YouTube requires an extra step. You need to have a video produced, which, if done well, means bringing in people who knows what they are doing.

Having video produced for individual websites (and hosted locally) is another way to engage people. Whether you host in this way or via a streaming service such as YouTube depends greatly on your end goals. But if you want any sort of ranking presence, YouTube should be a primary consideration.

We know that video is a great communicator. We know that it can deliver complex messages in a simple way. We know that it can engage attention in a way that the written word cannot. We know these things because we are told as much. There are various pieces of research about viewer behaviour when watching video. Depending on who you cite, customers to a website are over 70% more likely to buy a product if there is an information video, for example. Or they might stay three times as long on a website.

Putting aside problems, such as clients not using the video properly or failing to push it to an audience in an effective way, is video really as effective as we think it is? And if it isn't, what can we do about it?

I think about this a lot, mainly because of my own behaviour when perusing the internet. Video has one drawback that the written word does not. Video takes time to watch, whereas the written word can be very quickly skim read. Because there is so much audio-visual content out there right now, it can be fatiguing to watch each and every slightly interesting video I come across. Even when I find an informational video about a product I am interested in (or maybe interested in buying), I quite often find myself ignoring it.

Sometimes the text and stills give me all the sales information that I need. If I don't have time or I am comparing a number of different, but similar products, I won't watch the video. It has to be something really attention grabbing for me to watch. In other words, I need to be sold on the idea of watching it first.

This can either be through someone else telling me how good it is (either the video or the product) or through the website design compelling me to see it. Either way, I quite often need persuading in some way. I don't automatically reach for the play button.

This sort of conundrum poses risks, not just to the company paying for the video, who may not get the ROI they are after, but the demand for video production people for this type of video.

Will the smaller producer lose out?

The popularity of video has become such that many companies do, in fact, now employ their own qualified people to produce in-house for smaller projects, while still leaving the bigger jobs to the marketing companies to sort out. I was surprised to find that even some NHS hospitals have their own little production suites for certain types of video.

For smaller producers, this may not be very good news in the long term. But the bigger question concerns viewer fatigue. Just like with some forms of product choice, when we have too much to choose from, we often just switch off entirely.

Have we seen a peak for video usage on the internet or will content and the demand for it continue to grow? For entertainment purposes, there is no doubt that the internet will, at some point, consign traditional broadcast methods to the historical dustbin. It may have already happened. We have already reached a point where many people are simply watching the latest TV shows via Netflix, Amazon and, in the UK, services such as the BBC iPlayer and 4OD.

There will always be a demand for top class entertainment. But it is how this explosion of content across the board affects viewer apathy for other types of video that is in question. If we spend our time watching the latest TV shows on demand as a matter of course, will we choose to watch any other type of video content willingly? And are audiences already showing signs of fatigue when it comes to video content on the web in general?

Last month, the number of website views on mobile devices outnumbered those on desktop machines. This is a threshold that we knew would be passed at some point, but it shows how much user behaviour has changed in only a few years. Part of this is due to viewers using their devices on trains, busses and cafes, quite often on lunch breaks or on journeys to work. Such circumstances are quite often very limited for time. And since not everyone is using headphones, sound may not be heard either.

As a result, we are now presented with a situation where we have gone from making something primarily for desktop, but with important secondary consideration for mobile devices, to having to consider the mobile devices and their viewing conditions first. This means that selling the experience and expectation of watching any given video is more important than ever, but in even more challenging circumstances.

Hopefully, this change means that the ball will firmly fall into the professional producers court once again, with due consideration to aspects such as subtitling and much more impacting, visual concepts. But could there be other consequences for production? If a video is primarily going to end up being watched with no sound, does this push sound recording and mixing into a touch more niche position on the production tier? I, for one, certainly hope not! Clients of the future may well need convincing. But we can see from the number of videos on Facebook that the era of huge subtitles for such viewing circumstances is already upon us.

With any luck, the demand for mobile specific usage will flatten out, rather than eclipse, viewing in more practical circumstances completely. But it will still then remain a huge primary consideration.

If there is one thing that we need beware of as the world of online video evolves, it is that we cannot be complacent. While the landscape is changing, it is also quite staggering how many producers and companies are still producing videos that do not take account of new viewing habits and circumstances.

How will your talking head CEO videos be seen in the context of a soundless environment? How well will videos with extensive voice over, to go along with GV's or animation, be received when sound is not on the agenda? The switch to mobile viewing has been going on for a long time now. But this is not getting through to vast swathes of producers out there.

The watchwords of the future, more so than even now, will be simple, compact concepts and execution. Your abilities to put across messages in the most time efficient and attention grabbing way will be tested to their limits. At times, it will seem like you are making a video to hold the attention of a goldfish. Such is the way of the world. It's great for creativity, but maybe disparaging for those who like potatoes with their meat.

Product photography is an art. With a lot of creatives still not able to return to work properly, here’s a great tutorial on how to take a product...

Here's another weekly news round-up of news you may have missed, including a new EF mount for the ALEXA Mini LF.

How do you make films if you have absolutely minimal resources?

Replay: Micro budget films have a very valid place in a creative industry that often likes to sweep them under the carpet. But if your only resource...

How do you make films if you have absolutely minimal...