Now *that* is what we call a large format camera 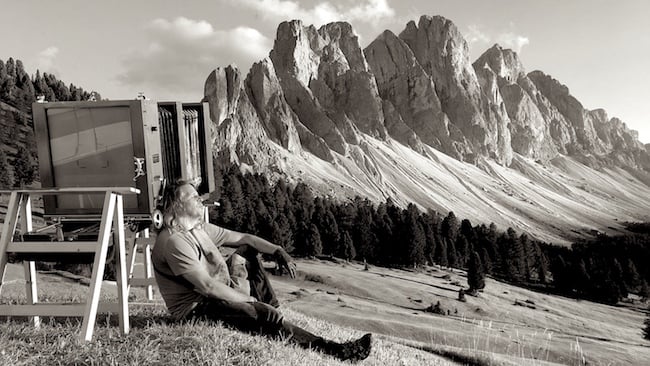 We first came across photographer Kurt Moser’s audacious plan to convert a Russian military truck into a giant camera on Kickstarter a few weeks back, and we are delighted to report the project has now been funded.

This really is rather spectacular. Moser plans to immortalise the Dolomite mountain range — or more precisely, the quality of its light — using a combination of an old military truck, an even older and extremely rare giant lens, and a long-forgotten photographic technique to make what is effectively a giant box camera.

The truck in question is a 45-year old Russian Ural 375 and the technique in question is the ambrotype. This dates back to the mid 19th century and involves coating fine black Cathedral glass sheets with a hand-mixed collodion emulsion, sensitising them in a silver plating bath and exposing them in a large-scale ‘bellows’ camera. 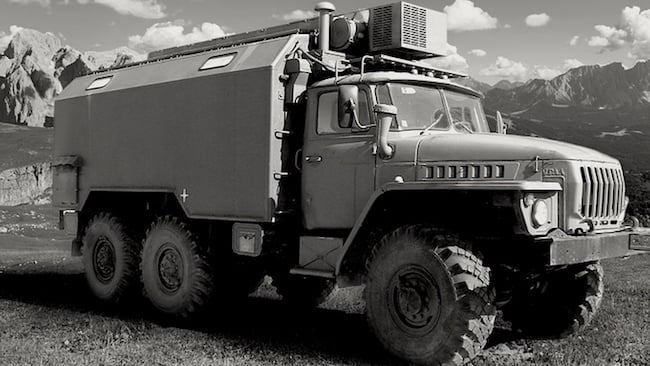 The result is a positive and unrepeatable. It can’t be copied or reproduced, and that is very much part of the artistic drive behind the project: this is about creating unique snapshots of a moment in time and place. 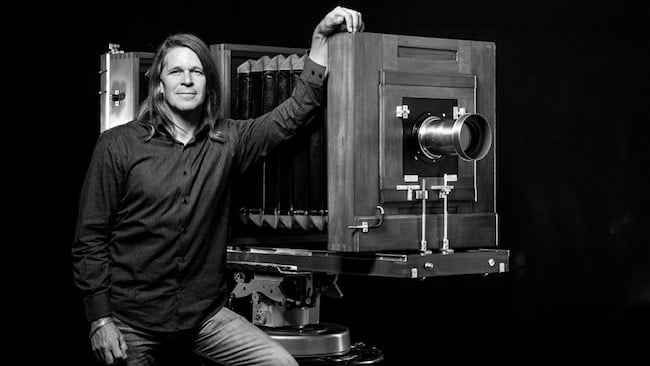 Moser already has a two metre high wooden camera from 1907, nicknamed 'Baby', which he plans to take to areas the Ural can’t get to. This produces ambrotypes of up to 50 x 60cm and he’s already taken some quite stunning images with it. The Ural, though, takes this a step further, mounting a massive — and massively rare, there are only 10 of them in the world — APO NIKKOR 1780 mm lens into the side of a specially converted cabin on the back of the truck to produce what is effectively a walk-in camera capable of producing images of up to 150cm.

Moser has spent a career working in television and, as his website says “Television is a volatile medium and, of all the current events and irretrievable impressions, only digital noise remains. Nothing tangible, nothing lasting.” This project: a giant camera mounted on a six-wheel drive 4.5 tonne truck, is about as tangible as it gets.

You can read more about the project here and there’s also a rather nicely animated video explaining it all below.