Slowmocean shows just what iPhone video can do 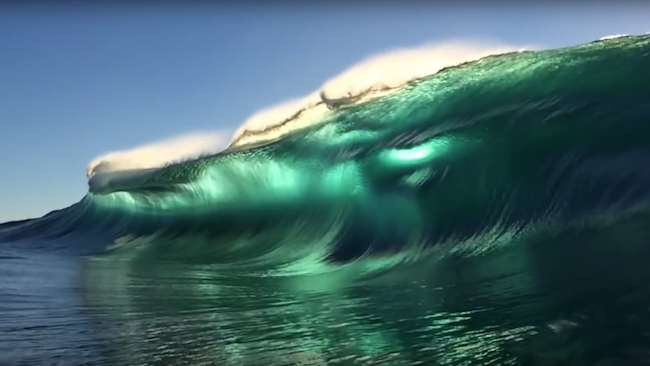 Take one iPhone, add waterproof housing and a lot of patience...

There’s nothing quite like a bit of eye candy. Especially when it has taken the creator a lot of time and effort to do. In this particular case, what we have for you is, simply, some ocean waves, but some ocean waves very beautifully shot over the course of two years with an iPhone by Ryan Pernofski.

When I was first shown the video the “Made on iPhone” monicker wasn’t present, and so I was left wondering what sort of wonderful gear he had used to film it with. I was pleasantly surprised to find out that it was filmed using his phone and an Optrix case, which enables some lens choice to take place.

We often talk about the use of phones and their potential detriment to professional shooting. But in this case the device is the perfect companion to achieve such shots. It is light, gives superb 120fps slow motion, and unlike a GoPro, it enables the field of view to be changed optically with the supplied case lenses.

As anyone who has been out in the surf filming will tell you, those crashing waves can be painful, and dangerous even. So the idea of taking a big, bulky camera such as an F55, or even a FS700, in an underwater housing is not the most appealing thing to do in such circumstances.

Such a video also highlights the pressures that GoPro are under when it comes to competition. The fact that you can take an iPhone, make it totally waterproof, film high quality 1080p at up to 50Mbps using a cheap app, and have the ability to optically change lenses, means that for some types of shoot, the GoPro may well be redundant.

We can lament the idea of filming with an iPhone all day long. But the crux point to make is that the best camera is 1) the one you have with you, and 2) the one that is best suited to the shot you are trying to achieve. Everything else is secondary. Which camera will allow you the creativity, the spontaneity, and the ease of use in such a place?