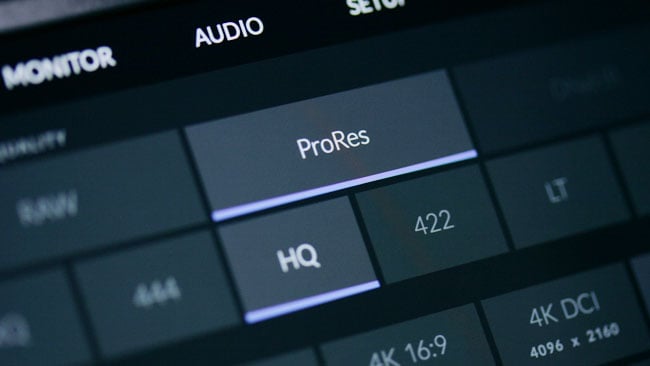 They new UI has some very interesting features attached...

Ned Soltz has spent some time with the Blackmagic Ursa 4.0 beta firmware and is impressed by the new Presets function.

We;'ve already had a detailed look at the new user interface and features of Blackmagic’s 4.0 beta firmware for the Ursa and Ursa Mini cameras, but very much among my favorites of the new feature set is Presets.

The Ursa can store up to 12 presets in its built-in memory as well as a virtually unlimited number on your CFast cards. And more significantly, presets can be exported to the CFast card for either archival purposes or to set up multiple cameras.

Setting up a preset is as straightforward as the new menu structure itself. Just configure the camera as you like—frame rate, codec, ISO, etc—and then select presets from the top menu bar. Touch the + on screen and in the ensuing text window, type your preset name. Then touch Update. That’s it.

To recall a preset, highlight the preset in the Preset selection and then touch the ✓ symbol on screen and all parameters for that preset are set.

Setting changes are immediate. This is a vast improvement over other vendors’ camera operating systems where changing codecs or other major components requires a camera reboot.

Likewise, saving a codec to card or recalling can be accomplished from the symbols at the bottom of the Preset screen.

So far, I have added, deleted, modified, copied and otherwise tested the Presets feature without any apparent bugs in this beta 4.0 firmware release. We'll keep you updated...