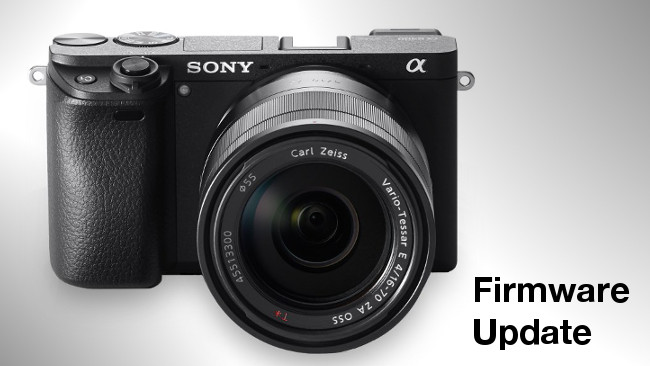 Under some circumstances of long UHD takes or multiple-exposure still shots in warm environments, the Sony a6300 camera would shut down with an overheating error message. As an early tester of the a6300, and for the past two months as an a6300 owner, I can attest to three incidents, though to be fair one of those was while shooting the camera in a direct sunlight environment with temperatures in the 90s. That scenario would tax most cameras.

Long UHD takes were never of concern to me because, frankly, who would use a mirrorless camera for 25-minute takes? There are other tools more suitable to that task.

The 1.10 firmware update is being positioned by Sony as an improvement in heat management for still photography. Nonetheless, users have reported no issues in longer UHD shots following application of the update.

Sony also notes the usual "stability fixes" which we see with virtually any software or hardware update these days.

While the overheating issue was infrequent, Sony nonetheless improves user experience with the 1.10 firmware update.

The update may be found on your region's esupport.sony.com site.