This specially designed camera could be your new route into astrophotography 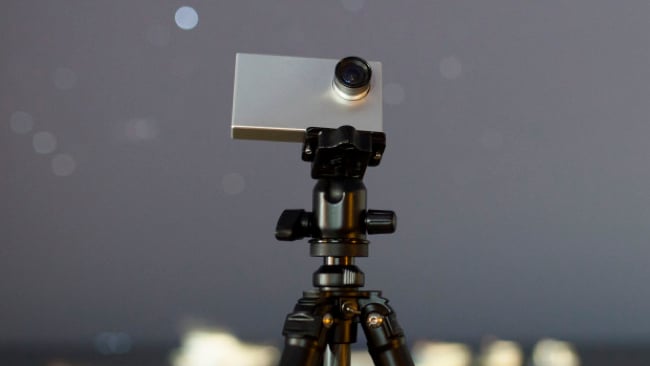 Anyone who has ever nosed around the subject of astrophotography will be familiar with the facts that it’s both rather complex and potentially extremely expensive: the sort of hobby that can expand to fill your bank balance and then eat your overdraft quite easily. That could all change though with the $449 Tiny1.

Currently taking orders on IndieGoGo (and extremely over-funded there as well) the Tiny1 is billed as the world’s first astrophotography camera made to be small, smart and sociable.

What does that mean? Well, the small part is taken care of by the fact that it’s about the size of a small smartphone and, with lens and tripod, weighs 700g; the sociable bit is that it will pair with said smartphone (indeed, that’s how you control it, as well as access augmented reality overlays to help you find nighttime objects) and the smart is down to what developer, TinyMOS, says is “top-of-the-line tech and instant image processing.”

In fact, apart the camera name, some smart choices have been made all round with the Tiny1. It features a considerably larger aperture than most digicams, between 1.2f and 1.4f, and behind that sits a 4 megapixel sensor that has been optimised for night shooting. 4 megapixels might not sound a lot, but TinyMOS says these are larger pixels than usual and, when coupled with a patent-pending noise reduction system, means that the unit can take better pictures of the night sky than most cameras that have been built to be more all-rounders.

A CS-mount and a range of adaptors means that you can screw pretty much any type of stills lens you want on to the front of it, and even mount it on the back of most telescopes. And, just because it has been engineered to do one thing very well, that doesn’t mean it’s not adaptable. It possesses an audio in for external microphone and audio out for live monitoring for video shooting, and “Just switch off the astronomy mode, it will switch on the IR cut filter, and plants stay green and humans stop glowing,” says the company.

Certainly pics from the prototype units have got enough people interested for a lot of them to part with money for the unit at pre-order prices. Dr Bidushi Bhattacharya, Ex-NASA and JPL scientist, has thoughtfully provided the camera’s killer soundbite. “"Tiny1 is Hubble in your hands,” she said. Apart from the Low Earth Orbit aspect of it all, she might have a point…

Release date is currently slated to be February 2017, perfect for those winter skies if the schedule holds.