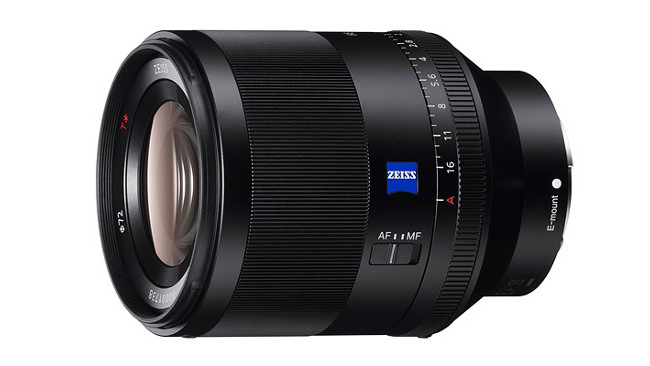 Sony has not only revealed its new 50mm E Mount lens, but confirmed pricing and availability of its 70-200 f/2.8 G Master zoom and teleconverters too.

While a full frame lens and, of course, subject to FOV factors when used on Sony Super35 sensor video cameras, nonetheless this prime should be of great interest to Sony shooters. The Zeiss Planar T* glass formulation is known for its virtual absence of distortion, while the wide aperture allows for extremely shallow depth of field. Of particular note to video shooters is the fact that the lens has a manual aperture ring, which has a de-click switch, as well as AF/MF switching on the lens.

Sony also has finally announced pricing and availability for its previously-announced FE70-200 f/2.8 G Master telephoto zoom. It is now scheduled to ship in July at a US retail price of $2698 with pre-orders also beginning on July 13.

Additionally, the 1.4x and 2.0x teleconverters, announced simultaneously with the 70-200 GM, will also ship in July with retail prices of $550 per converter, with pre-orders also beginning on July 13.

Still photographers will be pleased to know that Sony has announced pricing and availability for the FA-WRC1M wireless radio commander and FAWRR1 wireless radio receiver will ship in August. These remote flash accessories will carry list prices of $350 and $200 respectively.