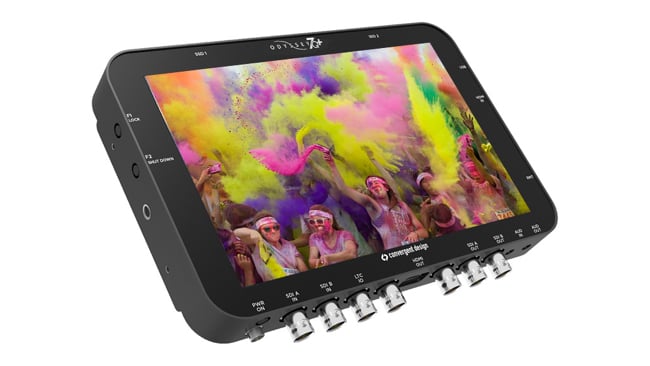 This is a major upgrade which adds significant functionality to the Apollo while Odyssey sees additional camera RAW support, dual-HD recording, 8-channel audio recording, bug fixes and other features.

The Apollo multi-camera recorder switcher sees the most new features with the update. These include:

Convergent Design lists over 20 fixes and improvements for both Apollo and Odyssey. Most notable among these are improved debayer algorithms for Sony FS7 RAW, ProRes frame rate issues with Canon RAW, faster boot-up time and other rare file corruption and artifacting issues.

The Apollo update features are sufficiently extensive that Convergent Design has posted two videos on their site detailing changes to Apollo.

Finally the CD ProRes Transfer Tool software has been updated to version 2.4 and allows selection of which tracks of a multi-track Apollo recording to transfer. And the CD LUT Converter software for converting user LUTs to load in the recorders has a minor change in allowable name characters.

Both firmware and software updates are free and may be downloaded from the Convergent Design site.