All about drones, moral panics, and the UK press 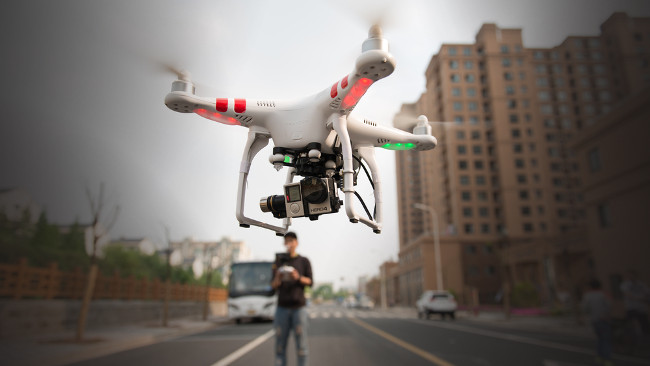 DJI delivers an unprecendented announcement in response to a recent report in UK papers about complaints of drone use.

The growing popularity of drones for all sorts of uses is undeniable. But with popularity comes fear and misinformation. Recently, there was a news story in the UK media about a passenger jet having a near miss with a drone. Of course, the media whipped this up into a frenzy. Instead of waiting to find out the results of an investigation, the media as a whole decided that it was definitely a drone that nearly collided with the jet. The net result of this was that fear, uncertainty and doubt further tainted the use of drones.

As it turns out, there has been no definitive outcome of an investigation yet and it is highly probable, given the evidence, that no drone went anywhere near an aircraft. But the damage is done. Even a cursory search on Google brings up results with the media at large declaring that it most definitely was a drone, with no consideration for an impartial investigation.

There will always be those who are irresponsible or, indeed, those who are not even aware of the regulations. More recent drones from companies such as DJI employ safety systems, including No Fly Zones. In other words, the aircraft will simply refuse to take off in the vicinity of an airport.

Humans have long had an aversion to the idea of "robot things in the sky". The word Drone will forever be tainted with the idea of weapons based systems used by the military. Of course, the word "drone" doesn't really convey the fact that the vast majority of systems are under constant human control.

Yet, there are so many advantages that go unmentioned by the media, when such systems are used by professionals, from enhancing video and film production, through to helping to increase crop yields, inspecting solar and wind farms, roof inspections, all the way through to search and rescue purposes.

Cars are often driven by irresponsible idiots, yet we don't try and ban them all. The media calls for laws regarding drone usage, while being totally ignorant of the fact that there are already plenty of them. New laws aren't going to stop those who are knowingly or unknowingly flouting the law. There needs to be better education for hobbyist users, as well as better safety systems built in to the products. But the media itself has a responsibility to report the news according to known facts, rather than idle speculation, or the stating of such speculation as if it were established fact. There is an industry and jobs at stake and we all get marked with the same brush.

Delving into the complaints

So, what the statement now? Recently, a mapping software company called Esri UK filed a Freedom of Information request from Police forces detailing the complaints that they have had from the public regarding drones. The results are quite fascinating and, if nothing else, highlight the lack of education both amongst users, as well as the wider public, when it comes to attitudes about such devices.

Around 860 complaints (or almost 900 if you read the newspapers) have been made, with many, according to the media at large, being reported before burglaries have taken place, including complaints about paedophiles using them to spy. Suffice to say that the connections are spurious, but when has that ever stopped a tabloid from putting two and two together to make five?!

Not surprisingly, most of the complaints are made in built-up regions. Everything from "drones filming females" to concern over a "drone that is the size of a car" have been reported. The overreaction by some is something to behold.

So ridiculous and unfounded are many of the complaints and reports in the media that DJI has decided that enough is enough, and the company has released a rather unprecedented press release detailing its opinion on such media reporting.

Clearly, you will have to make up your own minds. DJI's response follows after the break. And if you want to see why it would go to the trouble, one of the original tabloid scare stories from the master of that dark art, the Daily Mail, can be read here.

Check out the full text of DJI's response to the U.K. drone complaint report on Page Two!

A recent report from a mapping company claims to list where several hundred complaints have been filed about drones across UK -- a land with millions of people and tens of thousands of drones.

This report is simply an unedited listing of raw complaints, with no attempt to verify whether any of them had any merit. As we saw with the recent incident when a drone that supposedly hit a plane was really a plastic bag, initial reports cannot be taken at face value.

Various countries including the UK are in the midst of creating rules and regulations for drones and, therefore, irresponsible reports like these at this sensitive time pose a serious threat of damaging an emerging industry.

We urge all drone users to follow all applicable laws in their jurisdiction, but there is absolutely no evidence that any of these reports indicate real violations of laws.

The government of the United Kingdom has recognized that drones are a useful and productive technology that should be encouraged. While some people may have concerns about new and unfamiliar technologies, the widespread use of drones by businesses, recreational users and emergency services will be a net benefit to the country.

Examples abound about how drones are providing new vistas in aerial photography, improving agricultural surveys, helping businesses and even saving lives across UK and around the world. We’re happy to discuss them.

For example, earlier this month drones helped locate a Shropshire forklift operator who was buried under wheels of cheese when shelves in a warehouse collapsed. He walked away safely. Innes Gregory flew his drone on April 12 near Slains Castle in Cruden Bay to help searchers locate a missing woman. She was unharmed.