The Rollocam Hercules, the smallest dolly in the world, nears release 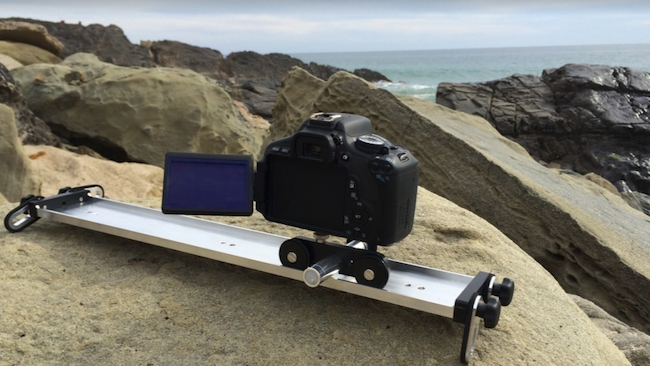 The AAA-powered Rollocam Hercules has turned heads wherever it goes and, after a troubled few months fulfilling rewards on Kickstarter, looks set to have smoothed out its issues and be ready for a full on release in July.

The Rollocam Hercules is a tiny motorised dolly / slider setup that is very portable and has had a lot of thought put into it. In fact the claim is that it is the smallest dolly in the world.

Size isn’t the only thing it has going for it, however: The cheapest package deal is $125 which considering it includes some motor control as well makes it very interesting indeed.

On the downside it was originally a Kickstarter project and has had some issues with getting the product shipped. So far they have tried 4 times to get all the product rewards from the kickstarter out to people but it is starting to look like they are getting closer to the finish line.

At it's most basic, you can fit the setup in your pocket but I would probably want to spring for the extra $60 to get the track. The track allows you to use the dolly as a basic motorised slider. The little dolly just sits on the track and moves itself backwards and forwards like a little toy train. At the ends of the track you can put magnets which make it change direction and you can even put a magnet in it's path to make it change direction when not using track. You can only use the track with the big wheels however, so make sure you have some of those if you have track in mind.

The tiny dolly can handle up to a 10lb camera. They are talking about this in terms of using it with DSLRs. You can do that of course, but I'm thinking BlackMagic Pocket for the win!

It's all powered off a single little AAA battery which can run the motor continuously for about 3 hours. With the batteries being easily available most places, powering this thing should not be an issue.

There are of course many sliders and dollys out there, so you might be tempted to think "oh not another one of those!" but for me the portability and the motor control (that's even easy to power) mean that it's no big decision to bring it to the shoot with you. In fact I would say it is a no-brainer, which makes this something special. After all if a slider doesn't make it to the shoot, then it doesn't get used, which makes it less useful no matter how great it is when it is there.

This could be your always there dolly/slider.

However, as with a lot of cheaper a sliders, there do seem to be some issues with smoothness, especially when shooting regular speed (not time-lapse) on random surfaces. The special track helps a lot in this regard.

Please check out the video below to see what the kind of beautiful tracking shots this little device is capable of (but notice how much time-lapse there is!). The Hercules is available from mid July but Rollocam is taking pre-orders right now.