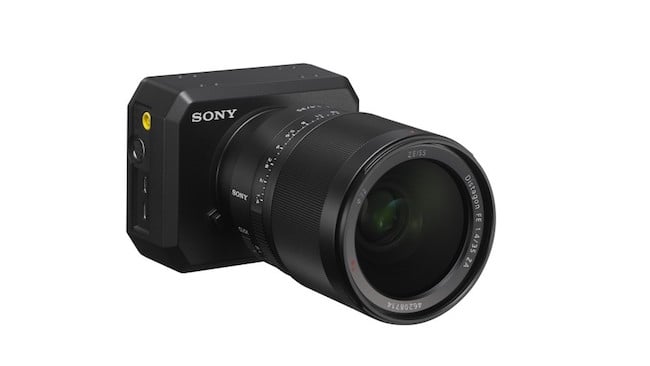 A brother from another mother: Sony's new UMC-S3C POV

I recently shared some perspectives on Sony product strategy, particularly in the area of migrating technology across product lines.

At ISC West in Las Vegas, Sony announced the UMC-S3C POV camera with a full-frame 4K Exmor sensor with ISO 50-409600. Its light sensitivity is just under .004lx and it accepts E mount lenses.

This sounds awfully like an A7S II in a 400 gram (about 14 oz) body with multiple mounting points and controllable remotely via a multi-terminal connector. This connector allows control via micro USB devices, software or remote control.

Internal recording is to SD/SDXC card in XAVC-S codec recording 4K at 100 Mbps at frame rates up to 30p and HD to 60p.

Sony is positioning this camera for investigative work, live camera, surveillance, dashboard camera or simply any other place where one could use a small 4K camera with extreme low light capability and high recording quality.

Pricing is still to be announced and deliveries are slated to begin in August 2016.