First hands-on and footage from the sensational Sony a6300 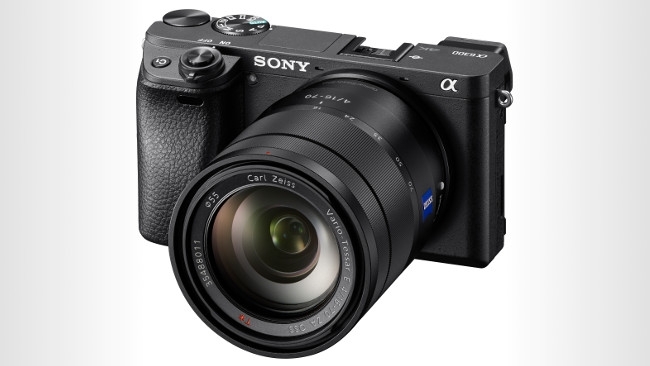 We’ve been shooting in a variety of scenarios from fashion to action to scenery. And while my assembled colleagues generally represent the still image world, there were more than enough video shooters to compare shots and impressions.

The a6300 was introduced in February and should begin shipping next week. It replaces Sony’s extremely popular a6000 mirrorless camera but adds such features as a new ultra-thin sensor Super35, ultra fast autofocus, and most important Slog2 and Slog3 gamma curves.

If you wish to read no further, the video results are stunning. Native ISO in Slog is 800 meaning to shoot Slog2 or Slog3 in the bright Florida sunshine we required external ND. No such limitations exist in shooting in Rec709 or in either of the 2 Cine Gammas. While I shot some indoor video at ISO 25600, I wouldn’t recommend going that high. Noise is nasty, as you would expect. But at ISO’s up to 3200 the image is remarkably clean.

It shoots AVC as well as XAVC-S codecs. 4K is a 4:2:0 8 bit codec while XAVC-S HD can shoot up to 120fps. Everybody these days seems to like off-speed tests. I find the 120fps shots more than adequate—of course they will not compare to shooting 24, 25, 30, 50 or 60p. I in fact am rather tired of reviewers who criticize any camera’s offspeed extensively. If you want slow motion, rent a slo-mo camera.

My major criticism in these few days—shooting 4K video followed by bursts of continuous stills shooting causes the camera to heat. It did shut down once on me, which I duly informed my Sony handler. It also teaches that in any of these small cameras heat can be an issue. Bottom line – watch your useage. [Editor's note: see Ned's comment below where he says this only happened once, and nobody else experienced a shutdown - so it seems that this was an anomaly with Ned's camera and not a "feature" of the a6300]

Many have remarked that the a6300 seems like a mini A7S II. I share that impression. At this price and with this small body size, Sony could not include the 5 point stabilization of its larger full-frame sibling.

But at a price point of $998 US, the a6300 represents the ideal carry-camera for surprisingly high quality stills and video that can rival Sony’s Super35 dedicated video cameras.

Have a look at some of the first footage I've shot with the camera below.