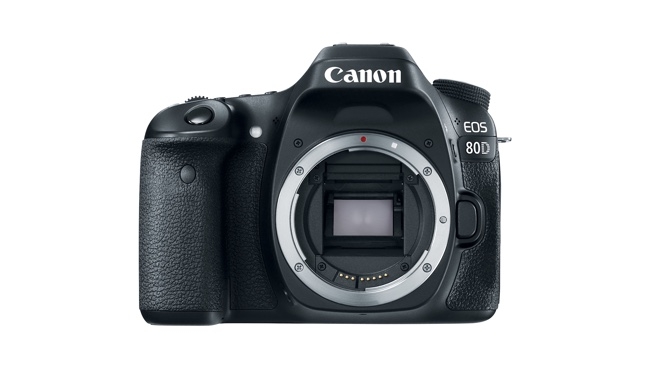 Hot on the coat tails of the introduction of its high end 1DX Mark II DSLR, Canon today has announced the EOS 80D DSLR as well as the first in a series of new lenses, the EF-S series.

The 80D is the successor to the now three-year old 70D and is positioned as an advanced amateur or enthusiastic camera nonetheless with professional features.

Other innovations in the camera include a Vari-angle 3-inch touchscreen LCD and an boost to maximum frame rate in video recording from 30fps in the 70D to a full 1080/60p.

The viewfinder now covers 100% of the image.

Perhaps the greatest advance in the camera is the entirely new AF system based around a Dual Pixel CMOS AF, similar in technology to the Dual Pixel AF in the Cinema EOS cameras. The combination of this AF system with the DIGIC 6 processor allows an ISO range of 100-1600 in stills and 100-12800 in video, with both expandable to 25600 in extended range. It borrows anti-flicker technology from the EOS 7D Mark II.

Video shooters will find not only the increased frame rate to 60fps but also options of I frame or Long GOP codecs. Timecode is now embedded in the files. Canon touts an HDR movie mode (no dynamic range stops specified), timelapse and movie effects built in. The 80D now includes a built-in stereo microphone with manual adjustment, a stereo input jack and a headphone jack. 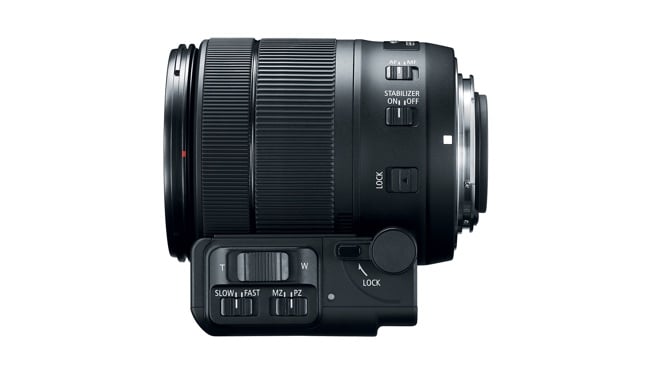 Canon also announced the first in a series of USM Nano lenses, the 18-135 IS f/3.5-5.6. The nano motor is smoother and quieter lending itself to video shooting with faster AF speeds. Canon intimated that other lenses in this series will follow.

The lens also has an optional Power Zoom Adapter which attaches to the bottom of the lens which can adjust up to 10 different zoom speeds. It can also be controlled remotely by the Canon Camera Connect app. 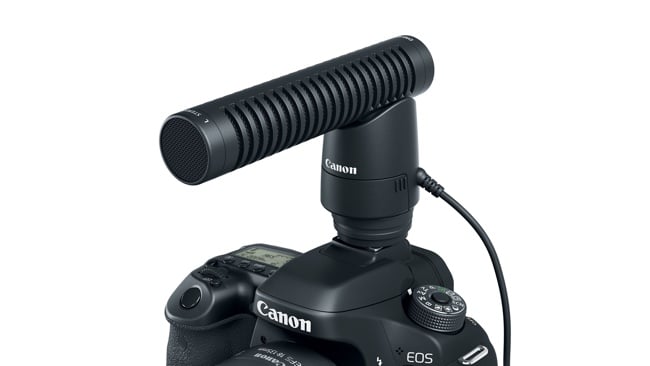 The final announcement pertinent to the 80D and to video is Canon’s first Canon-branded external microphone, the DM-E1. The mic mounts in the cameras hot shoe or can be mounted separately. It has an integrated shock mount and comes with a furry wind screen. Power is provided from a single button lithium cell battery.