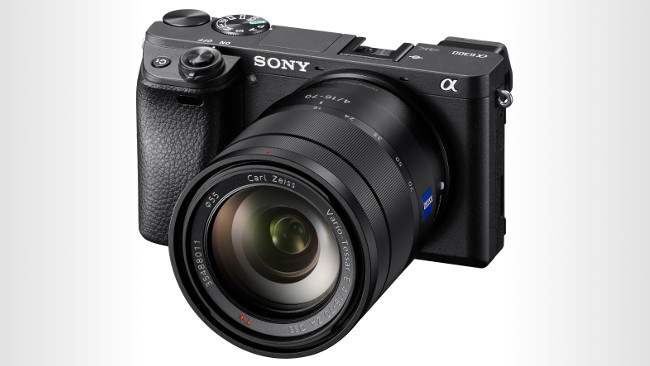 Reporting from Sony's New York press event, we got our hands on the new A6300 camera and G Master lenses.

Sony held a worldwide press event on Wednesday in New York with its usual fanfare, great food, and four complete still and action sets for us lucky members of the press to try out.

The still and video worlds continue to converge with Sony's announcement of a successor to its best-selling A6000 mirrorless interchangeable lens camera, the A6300.

Sharing the same size and form factor as the A6000, the A6300 is based upon a 24.2 megapixel APS-C Exmor sensor with a BIONZ X processor.

Sony boasts the fastest autofocus speed of any camera with its 4D FOCUS system which is able to achieve focus lock in .05 seconds. With its 425 phase detection AF points distributed across the complete imaging area, the camera can shoot at up to 11 frames per second with continuous exposure tracking and auto focus. In Live-View using the LCD screen, that rate becomes eight frames per second. The camera has an ISO range of 100-51200 and Sony claims the BIONZ X processor lowers noise in mid-to-high ISO ranges.

The video functions of the A6300 are greatly enhanced over the A6000, making this camera a very serious contender for run-and-gun video work.

It can shoot HD video at frames rates up to 120fps in XAVC-S codec, as well as UHD up to 30fps at a 100 Mbps data rate. What is most revolutionary in a camera of this size and price range is the fact that it can shoot Rec709, Slog2 or Slog3 with SGamut. The Slog3/SGamut combination delivers a claimed 14 stop dynamic range. The new AF speed and tracking sensitivity features are active in video mode, making it highly suitable for action situations.

In 4K shooting, the BIONZ X processor allows a full pixel readout without any line skipping or pixel binning. It resolves at 20 Megapixels, meaning that it is the equivalent of 6K oversampled to UHD. This should enhance resolution and, if it indeed delivers as promised, will reduce rolling shutter effects.

It has up to seven picture profile settings, as well as what Sony calls in its still line Gamma Display Assist (we video folks would call that a Monitor LUT). And there's more: enhanced zebra functions, as well as Time Code/User Bit options.

Audio has been enhanced. It has a mic/line input and, via the camera's MI shoe interface, it can accommodate the Sony XLR-K2M adapter kit with microphone for on-board shot shotgun or two XLR inputs.

Sony has announced a new series of full-frame E Mount lenses it calls G Master (GM). These GM lenses are designed to produce high resolution images and excellent bokeh. The key to these new lenses, Sony says, is inclusion of extreme ashperical elements (XA), as well as new Super Sonic Wave Motors which focus the lens with great speed and accuracy. This speed and accuracy is equally applicable in video as well as still applications.

The GM lenses will prove to be useful additions for users of all Full Frame and Super35 E Mount still and video cameras. 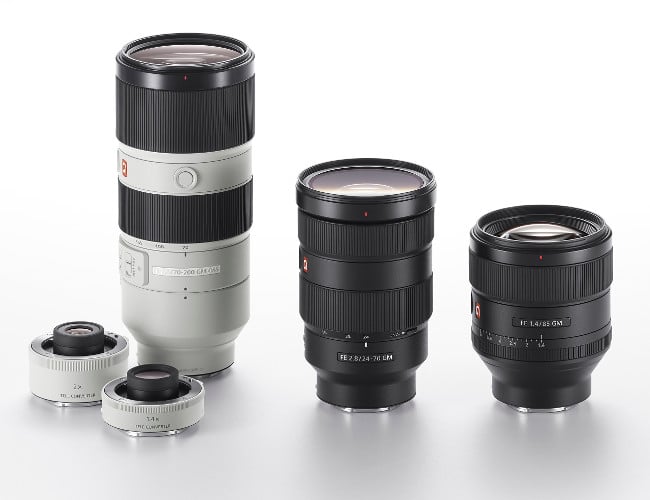 This lens is a step up from Sony's prior 24-70 f/4 lens, which will still remain in the product lineup. Its fast focus speed and new motor and element arrangements create a F2.8 lens which is barely larger than the F4 optic. From a first test of a production model of the lens with a Sony A7RII, I found it fast, responsive and extraordinarily sharp. In fully manual mode, it had little of the focus-by-wire feel, which was always an issue that many of us found with Sony E glass.

The medium telephoto prime fast lens has long been anticipated by Sony shooters. In this lens, Sony includes what they call a ring drive SSM motor system, necessary because the focal elements for such a fast lens are considerably larger than slower lenses. But once again, you wouldn't know it from both manual and autofocus operation of the lens.

The fast telephoto zoom has been almost as high on Sony shooters' wish lists as the fast medium telephoto prime. At first look, it is almost indistinguishable from the 70-200 F4. It is barely larger and barely heavier, a remarkable feat for a fast telephoto zoom. Again, the Super Sonic Motors can move the large lens elements quickly to keep up with the autofocus functions of its host camera and not "feel servo" in manual focus. This lens also has a built-in Optical Steady Shot. Along with the telephoto zoom, Sony also promises 1.4x and 2x Teleconverters matched to this lens.

The FE 70-200 F2.8 GM OSS ,as well as the Teleconverters, will ship in May. Pricing is still to be determined.

We will be reporting in greater detail on both the A6300 and the GM lenses when demo units are made available to us next month.