Shooting on Super 8 in the 21st century 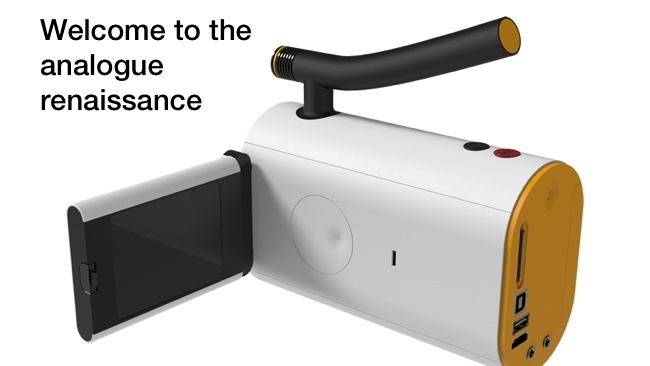 Kodak's new hybrid camera is due out in the autumn

The Kodak Super 8 Revival Initiative has reignited interest in the format, but for those that want to explore Super 8 deeper, or don’t want to wait till the new camera comes out in the autumn, Freya Black delves into what you need to know.

It is still possible to shoot Super 8 in the 21st Century but a lot of the services and know-how you need to do this have oddly vanished underground and are now the province of tiny specialist companies which only those in the know, know about. However do not fear, I am about to spill the beans! Well some of them anyway...

The economics of Super 8 are really quite strange.

You may have heard a lot about how expensive film is and Super 8 film really IS very expensive. However the strange thing is that the equipment to shoot it on is insanely cheap. It's possible to pick up a cheap Super 8 camera on e-bay for as little as £10 and a really nice camera is often only as much as £30. The downside is you might have to buy more than one to find one that works and I actually recommend you go down that route. You will end up with a few non functioning cameras before you get lucky but in my experience this is a lot better then buying off someone who "claims" it is working for a lot more money. If you do decide to go the second route be sure to chat with them and make sure you feel you trust them before you put the money down.

I recommend that you take your time in your camera search. Very nice Super 8 cameras appear on e-bay on a regular basis. Top makes are: Canon, Nikon, Beaulieu and Nizo with the Canon cameras being most common. There are also some great cameras from companies like Eumig and Minolta and a lot of feature filled cameras from other companies if you can find the right model.

The Beaulieu cameras are like the Rolls Royce of Super 8 cameras but are probably not recommended as a first Super 8 camera. They have expensive and hard to locate battery systems and are generally a bit less grab it and go, which takes away somewhat from one of the major advantages of Super8. They also usually need servicing although there is a fellow called Bjorn Anderson in Sweden who can still service these cameras and is the recognised expert in the field. You can contact him via email on: info (at) beaulieu-service.com

A lot of other Super 8 cameras are nigh on impossible to service unless you fancy taking the job on yourself! Having said that, if you are in the states, there is a little company that tries to fix old cine cameras called Willard Engineering so they could be worth talking to if it's local for you:

I actually think the Canon cameras are good starter cameras and Canon are a very much respected name in cameras and optics. It's no coincidence that of the major Super 8 camera manufacturers, the names Nikon and Canon are still in use and are companies making movie equipment today. The Nikon R8 and R10 might be nicer cameras in a way but you will be fighting over them on the few occasions they appear for sale, whereas the Canon cameras are easily available for a cheap price. A good example might be the Canon 514XL-S for instance which is a good camera without being too limited like some of the lower end Canon cameras. You might even get lucky and find a Canon 814 or a Canon 1014 for a good price. The Canon cameras seem a good way to start out and then you can explore more esoteric cameras if you feel you wish to later.

Having said that maybe there is an old super 8 camera sitting idle with a relative who might let you have it for free. You can't beat a free camera.

There is a great resource for finding out all about the different Super 8 cameras here.

One thing to watch out for is that some cameras used to use a little watch battery type of thing for the light meter. You can be sure that this battery will no longer be available and it's a pain to get the camera converted to use anything different.

With Super 8 it is not impossible to put together a kit of a camera, a little viewer editor, a splicer, and a projector, all for about £100/$130. You will need to get lucky on the operational condition on all that, however, because all of this equipment is now very old and hasn't been made for a long time. It's a testament to how well made some of this stuff is that it is still working now at all.

There is an element of luck in finding equipment that works. I like to think of that as part of the fun and that it is the best way to find the bits and pieces that are right for you and to learn a bit about the format along the way.

Once you have your camera it's time to look into what kind of film you are going to use.

This is where it gets weird because a cartridge of Super 8 that lasts about 3 minutes will probably cost you as much as the camera did! This tends to put people off but it need not do so. If you are careful about shooting you can really craft a very special short film with a very different look on that one cartridge.

This is the idea behind the straight 8 series of competitions which have been running for years in Soho, London, where people strive to shoot an entire short in camera using only in camera editing. It's a bit of a scary competition as you don't get to even see the film until it's processed and has its premiere screening where everyone else gets to see it too!

It's also possible to make film loops of very small amounts of film for more artistic purposes where a single cartridge can go a long way. Working with film tends to make you be a lot more creative in various ways in order to over come the obstacles of the format. This is a good thing because that creativity shines through in the films and makes them more special.

You can also learn things that are useful when you are working in video formats too.

In relation to the cost it's also worth keeping in mind that you will have to buy a fair few cartridges before your total gets to the price of a new video camera.

There are a lot of options for film stocks in Super 8. Kodak, which invented the format, has made available three of its Vision 3 colour negative stocks in the tiny Super 8 format.

This means you can basically be shooting on the same film stocks as used on the new Star Wars movie or The Hateful 8, only cut down smaller (way smaller when you compare it to the huge 70mm film used on Hateful 8). The three stocks are 50D which is a daylight balanced stock for using outdoors. 200T which is Tungsten balanced for use with artificial lighting and 500T for shooting in low light conditions. These stocks give incredible quality but the downside is that they have to be transferred to video before you can see them. If you try to project the film after it is processed you will get a negative image.

If you want to project your film after it is developed then you need reversal film. The only reversal film from Kodak at the moment is the classic ultra grainy Tri-X. A very distinctive Black and White film stock that kind of shouts grunge! I love it but if you want to do something in colour I'm afraid the only colour reversal stock available at the moment is something called WittnerChrome 200D which is made by Agfa and repackaged into Super 8 by Wittner in Germany. At 200D this is a bit of a fast film for shooting in daylight, so you may have to stop down a lot in bright sunlight but you should be able to shoot later into the evening as the sun is setting. It's also quite grainy but it has that interesting reversal feel with those distinctive colours.

There are a few other choices in the way of Black and White reversal stocks available out there too. Like the Orwo stocks for instance (Orwo was the East German part of Agfa). You can use these to get different B&W looks which can also be projected.

A quick warning. Avoid old cartridges of Kodachrome, as it can no longer be processed in colour and it is difficult and expensive to get processed in black and white.

Getting the film processed

One of the major aspects of the new Kodak announcement was that this part was going to become very easy. Which it needed to be. In recent years the lab side of things has been the more difficult issue in working with film. This was especially the case with Super 8, where it became common for people in the UK to home process their film after Kodak shut down its lab in Switzerland (which was where nearly all the Super 8 film in Europe was processed).

The lab situation seems to be finally stabilising in general and there is some good news for Super 8 on this front too, well, those in the UK at least. You no longer have to search out for an ancient Russian home processing film tank. A little tiny lab has sprung up in Dudley in the West Midlands and has started running a small hand processing service at reasonable prices. They can also sell you a wide variety of film stocks.They are called "Gauge Film" and they can develop your super 8 film for you and even scan your film to video if you like too.

A similar service has sprung up in Australia too called Nano Lab, perhaps to indicate that it is very small. It's really good that there are now these small labs around to cater for the small communities of people who still want to shoot Super 8 in the UK and Australia.

There are also some larger specialist labs still around. In Germany you can get your film machine processed at Andec in Berlin and also the previously mentioned Wittner and in Toronto in Canada there is Niagra Custom Film Lab. In the USA there are a few different options. The main one is Spectra film and Video but there is also CineLab who can process Colour negative and B&W reversal film stocks, and Dwaynes who are the other way around and only do colour reversal at the moment.

Kodak maintains a directory of labs which is worth checking out too, so you can look on there to see if there is something closer to where you are.