James Bond, Spectre, and the return of filming practical effects 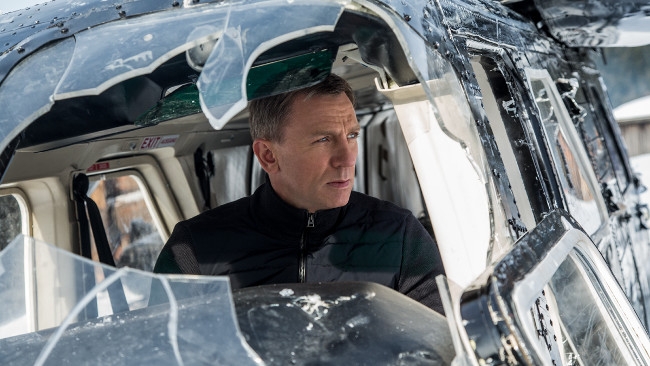 The latest installment of the venerable James Bond franchise, Spectre, is one of the most costly films ever made partly because of its reliance on practical effects.

$350m. I'm sure that many people reading this would be happy to have that figure as the budget for their next production. In fact, if you had that budget, it would make your film one of the most expensive ever made – an accolade that the new Bond movie, Spectre, now holds. That $350m figure is grossly over the film's projected budget of somewhere around $200m.

You would hope that a good movie could be produced for such a budget and, in my own opinion, the latest Bond installment is one of the best of the franchise. I have a few reasons for holding this opinion, not least that I liked the story, which contains a number of nods to On Her Majesty's Secret Service. It isn't a remake, but it is most certainly influenced by both the film and the novel.

However, from a technical perspective, as well as from a cinematography one, Spectre also caught my attention, right from the opening scene. Without spoiling anything plot-wise, the opening single shot of Spectre is a technical triumph. It goes on for a number of minutes, but is seamless, maneuvering through crowds of hundreds, through real apartment blocks and beyond. It looks like an extremely clever Steadicam shot, although could it have been a three axis stabiliser? I will attempt to find out to be sure!

Regardless of how it was produced, it would have to go down as one of the best stabilised single shots in any film, up there with the single shot fight sequence in Ong Bak and the intro to Atonement. This one sequence highlights another aspect of Spectre that appears to mark a bit of a change in philosophy regarding how films are being made.

RedShark recently featured a piece about how the new Star Wars film is using a lot of practical effects, real miniatures and matte paintings. With the current backlash against fake-looking, outlandish CGI, Spectre appears to be following this philosophy in its own way. The one thing that will strike you as you watch Spectre is how the vast majority of stunts, locations and crowds are real. The opening sequence in Mexico utilises 1500 extras, getting very close to being a genuine  cast of thousands.

Sticking two fingers up to the recent over-reliance on CGI, when you see a helicopter barrel rolling over a city during one sequence, you really are seeing that. When you see the massive explosion, you really are seeing a massive explosion. At times, it is breathtaking and just has a magical 'something' that you don't get with CGI that features physics invented to suit the director's vision of what reality should be, often producing cringe-worthy results as a by-product. In Spectre, you are seeing real stunt people taking real risks and the film is all the more exciting for it.

Fight sequences are also shot in such a way that you can see everything that is going on, with some incredible practical stunts, in opposition to the usual fashionable penchant for fast cutting and moving the camera all over the place (usually an effort to make things look 'exciting'). That's not to say CGI isn't used at all, but it is much more subtle and invisible than previous films.

Save for one dodgy, albeit brief, big CGI moment, Spectre marks a return to a more traditional way of filming, but with modern production values and techniques.

It isn't just in the filming methods that Spectre marks a return to traditional filmmaking philosophies. While some of the film was shot on a mixture of Arri Alexa 65s and the Alexa XT M, 35mm film cameras were the main weapon of choice. Along with Star Wars, it appears that film is having a bit of a renaissance.

But whilst people such as myself will be celebrating the return to this clarity of filming and the use of real stunts, the people in suits who run the production companies may well not be. One of the very reasons why Spectre's budget was so over-inflated was because of its focus on using real places, people and stunts. As a result of this, in order to be considered a moderate success, it will need to take back $1bn at the box office – a tall ask for any movie release!

With the film mastered in 4K and viewed in a cinema with a new Sony digital 4K projection system, the picture is incredibly clean and realistic, probably one of the best quality projections I have seen. It is certainly a film to catch on the big screen, rather than waiting for the Blu-ray or iTunes download.

Savour such films while you can. I have a feeling that the next film will be rather scaled down and may go back to more 'cost effective' CGI silliness. But reality, it was nice to see you again. Hopefully, the next generation of filmmakers will finally see the over reliance on CGI for what it is and make the realisation that, just because you seeing a candy shop, you don't have to buy all the sweets! Spectre is all the stronger for it.