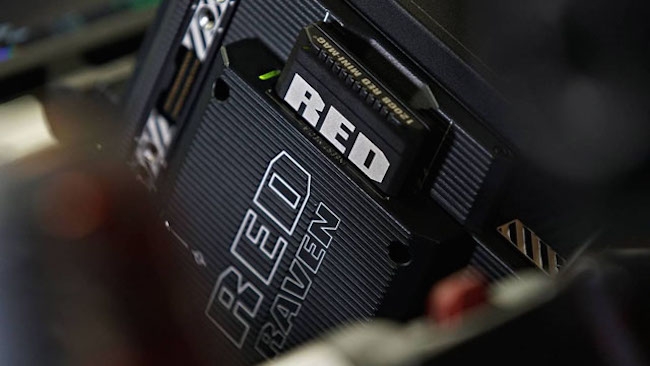 RED has an event scheduled on the calendar for Friday when it will release the full details of the upcoming Raven camera, but that hasn’t stopped CEO Jarred Land spilling the beans in a couple of late night user posts on the RED forum.

Here’s what we know so far.

As we called it during IBC, Red Raven will be an entry level 4K camera that will feature a Canon-EF mount. Entry level for RED is, of course, slightly relative: the standalone price of the brain being $5950 and a complete shooting package (viewfinder, storage, battery) coming in somewhere around the $10,000 mark.

The camera features a 4K Dragon sensor with a 20.48mm width that can capture 4K in up to 120fps. That puts it somewhere between APS-C and MFT — crop factor is 1.87. EF-S lenses will work but, as yet at least, there is no indication that that mount will be adaptable, which is an interesting choice.

It’ll shoot RedCode compressed RAW and be capable of 5:1 compression at 24fps. At 120fps? Your guess is as good as anyone’s before Friday.

Usefully, it’s also built around the new metal Weapon body, and can thus use the same accessories is its developing modular system.

Here’s Land’s quote about it all. ”The Raven doesn't replace Scarlet, It's a new category in our line up. Raven is a younger, hungrier, more "spirited" member of the RED family with a bit of a chip on his shoulder ready to take on the entire sub-$10k market with images that you will be incredibly proud of."

Meanwhile, of course, the company is also forging ahead at the top end of things too. Though it’s thunder was quite comprehensively hijacked by Canon in the run up to the show, at IBC it was showing off the rather lovely looking 8K Forged Carbon Fiber Weapon, which is still being tagged with a late 2015 debut date, as well as its innovative new HDR-2084. Available exclusively via the REDCAST Module, the SMPTE 2084 compatible HDR-2084 allows customers to see true realtime HDR images on an HDR display while they’re shooting and compare SDR and HDR as they go along.

There may be more on that on Friday too, there may not. As often is the case with RED, it’s best to simply stay tuned and see what happens…