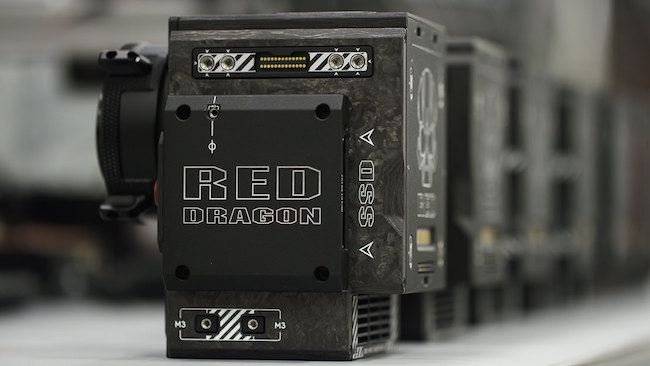 Ready to be boxed...

RED likes to do things a bit differently, so rather than releasing a major announcement, ‘Fire Chief’ Jarred Land simply said that the first of its 6K Weapon cameras was shipping via a blog post of pictures of the assembly line.

First out of the gate are the limited edition Forged Weapons that, as the name suggests, use forged carbon fibre rather that the traditional weave. The normal (if such a word can be applied here) Weapon Carbon Fibers will follow before the manufacturing process switches over to the slightly lower-spec Weapon Magnesiums (which, amongst other things, can’t be upgraded to 8K).

Early indications amongst the user base are good too, with one user happily stating that he could get the same noise levels at 5,000 ISO that he would normally get at 1,280. Many happy noises are also being made about the connectors being opened up to third party companies, with a general ‘watch this space for details’ element to proceedings that reflects RED’s robust home-brew heritage.

As to the firmware update, the significant changes (Jarred Land’s words) are:

Internal ProRes recording is certainly a big step for RED, and could quite dramatically widen the $70,000 unit’s appeal.

There is still no indication of when the 8K sensor upgrade will ship beyond the initial ‘end of the year’ estimates, but given that the Weapons have started shipping in Summer 2015 very much as promised, those who put down their $10,000 (initial deal) or $20,000 (regular price) for the upgrade have at least some cause for optimism. 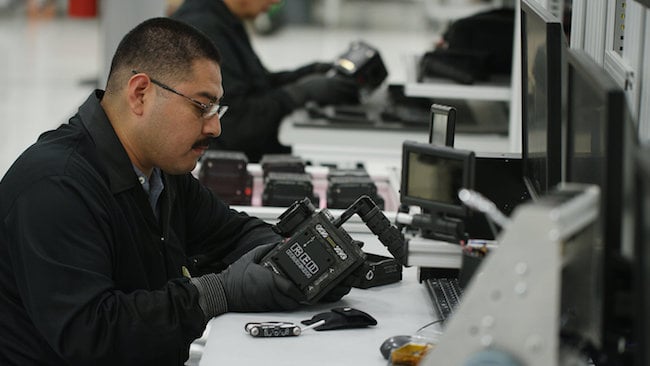