The best camera? The one you have with you... 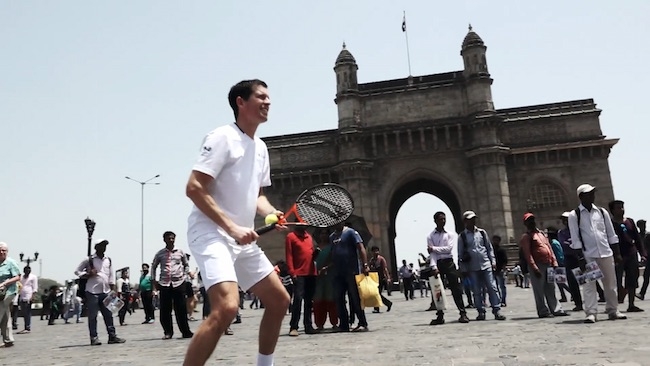 Sony’s PXW X70 is picking up a reputation as a fairly remarkable small camera that produces big pictures. More to the point, as I found out recently in Mumbai, you can take it places where you could never take a bigger camera.

We were recently out filming an assignment in India and were based in Mumbai for a few days. We thought it would be cool to do some impromptu filming around the Gateway to India which was right next to our hotel. There is always a great deal of security around the attraction since the shocking terrorist attacks which took place on the 25th August 2003 on the very spot. This meant there was no way we could bring our main camera the SONY F5 with all the gear into the area. So luckily we had our SONY X70 with us which we always pop in the bag when travelling.

I popped the camera into a small rucksack without anything else (no tripod, mics etc) and walked straight through security without any issues (it looks just like any regular domestic camcorder) and I filmed this little piece of content which was successfully shared on social media channels.

Sometimes you can’t be over picky with regards to picture quality and you just have to go with the best and sometimes only option at your disposal. Had I not had the X70 with me, we wouldn’t have been able to capture any of this fun and interesting footage. So for any cameraman, especially one who films a lot internationally, a small camera such as this which you can literally fit into your pocket, is something you can’t afford to be without. And often when shooting material for social media, the look and style these smaller cameras produce almost works better as they look less produced and more natural/ fly on the wall.