Is this the best catch to save a falling drone yet? 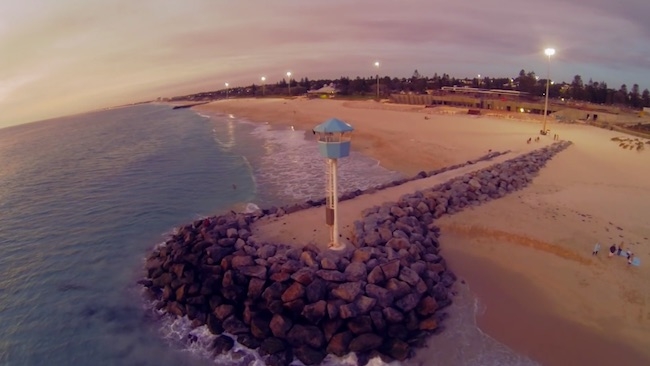 Catch a falling drone: Watch this Australian flyer sprint along a beach to save his drone from ditching in the sea and being smashed to smithereens by the surf against the rocks.

Owning and flying a UAV can be an expensive business, not least when that inevitable crash happens! Most UAV operators will tell you that it isn’t a matter of if your copter will crash, but rather when. Crashes often happen for no reason at all, with even experienced fliers often finding it impossible to discover exactly what caused their pride and joy to suddenly commit mechanical suicide into the ground.

One of the riskiest places to fly is over water. Australian flyer Ryan Chatfield recently discovered this as he was flying a UAV to film a sunset at City Beach in Perth. As the batteries on his UAV depleted the device decides to start a slow descent into the water. Realising what was happening Chatfield ditches his transmitter and sprints over a rocky groyne, catching his quadcopter milliseconds before it hits the water.

An impressive save by anyone’s standards, but also a salutary lesson in keeping an eye on the battery levels and making sure the return to home failsafes are set up properly!