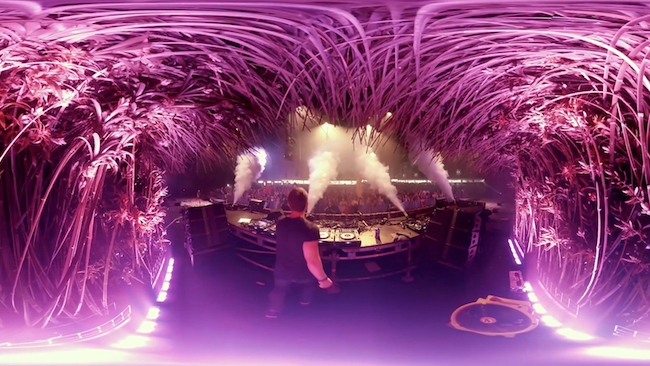 Curiosity or the start of the VR revolution? After a false start at the end of last week when it ran into technical problems, YouTube has begun supporting 360 degree video formats in anything up to 4K.

The video giant says it will support 360 video viewing via its existing YouTube Android app, on its website, and in embedded videos in the very latest version of Chrome. And while dragging the viewpoint around via the mouse on a desktop is at best a curiosity, you can really see what the company is getting at when you start waving your mobile around and the image tracks with you. iOS and other device support is coming soon.

The company is working with a number of manufacturers of 360 degree cameras on compatibility (the list to date encompasses Bublcam, Giroptic’s 360cam, IC Real Tech’s Allie, Kodak’s SP360 and the sub $300 RICOH THETA) to make sure the experience is as seamless as possible. Currently you’re going to have to run a script on the resulting video files to make sure the correct metadata is inserted and the site knows what’s being uploaded, but that should be automated in the near future. Other features on the way include filters and improved search.

Six videos are available so far on the YouTube 360 Degree playlist ensuring that anyone who has a Google Cardboard set tucked away in a drawer is going to have an interesting morning. More, no doubt, will be coming, but with the Melbourne Grand Prix starting this weekend we've put the highest adrenaline one up below (though of course you won't get the full 360 degree functionallity here).