Vitec already has Teradek, so why has it bought another wireless video company? 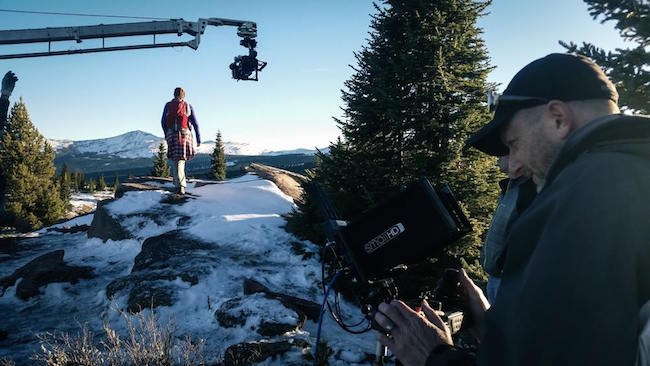 The Vitec Group has acquired Paralinx, a California-based company known for its ultralight realtime and uncompressed video monitoring systems that has been doing a lot of work both with DoPs on set and with UAVs.

At first glance it seems a bit of an odd deal to make, after all Vitec already owns Teradek and that is one of the leaders in the wireless video space. However, by adding Paralinx to the group it is now able to address different ends of the market that have very different budgets to spend — high-end cinema and broadcast with Teradek, UAV operators and what it refers to as ‘independent content creators’ with Paralinx.

And then there are all the possible synergies that meshing the two companies’ R&D teams together can lead to, especially when you factor in the other company in Vitec’s now growing Creative Solutions division, SmallHD which specialises in field monitors. This is already addressing both ends of the market with its $599 AC7 monitor pitched at DSLR shooters, aerial cinematographers and the like, and then the $1499 and upwards DP7 Pro which adds realtime 3D LUTs and even a 1500nit daylight visible model for an extra $1000.

Certainly it will be interesting to see what the division as a whole can come up with once they start sharing their technologies in earnest.

As is traditional, the full release after the break.

LONDON (March 2, 2015) - The Vitec Group has acquired the business of Paralinx, a California company known for its high-quality wireless video systems. Paralinx will be incorporated into the Vitec Group's Videocom Division, complementing its existing brands.

Paralinx was founded by Dan Kanes and Greg Smokler, two members of the International Cinematographers Guild (ICG) who sought to develop a new wave of affordable, high-definition wireless video tools for professionals and enthusiasts alike. The company will join Teradek and SmallHD in Vitec Videocom’s Creative Solutions business unit.

“Like Teradek and SmallHD, Paralinx is another great example of the pioneering spirit that is so important to disrupting the professional video industry with game-changing products and top-notch customer support,” said Vitec Videocom CEO Matt Danilowicz. “By combining Paralinx’s deep understanding of the market with Teradek’s engineering acumen, both companies are positioned to develop truly cutting-edge technology tailored specifically to their customers’ needs.”

To adequately address the growing demand for wireless video devices, Paralinx will continue to innovate in the UAV and independent content creator spaces, while Teradek will focus on cinema and television applications.

"When we launched Paralinx in 2012, our mission was simple: to enable filmmakers to monitor wirelessly a camera’s HD recording in real time,” said Dan Kanes, co-founder of Paralinx. “We sought to bring a new level of freedom to video production, an essential link in digital cinematography. Now, in 2015, we are excited to be joining forces with Teradek and SmallHD, other innovators under the world-renowned Vitec Group, to continue empowering content creators with revolutionary technology and unparalleled support.”

Co-founder Greg Smokler added: “We started Paralinx because as end-users on the front lines of content production we weren’t getting the tools that we needed. This acquisition gives us the opportunity to collaborate with the talented engineers and product development team at Teradek and to make use of the Vitec Group’s manufacturing and operational might. We believe that the biggest winners out of this will be the people that helped us get to where we are today: our customers.”