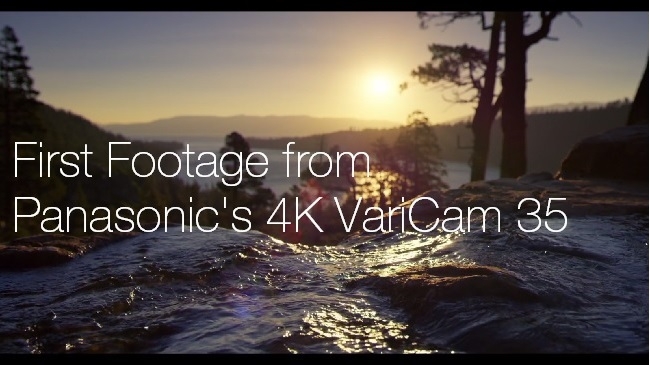 Panasonic revealed it was developing a 4K VariCam Cinema Camera at NAB. The first footage has just been posted to Vimeo and it looks gorgeous.

Although the camera was announced at NAB there were only mock-ups on the stand, now a pre-production unit has been placed in the hands of Michael Cioni and he has directed a beautiful piece showcasing the camera's capabilities.

Because the camera head can be separated from the recorder it will be of particular interest for shooting on cranes or in tight spaces, even the control panel can be mounted remotely.

If these images are anything to go by Panasonic have a serious competitor to the Arri Alexa and the Sony F55.