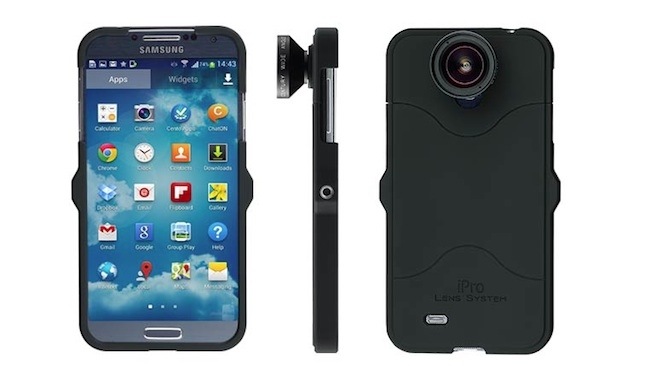 Even its adherents would say that the smartphone is not necessarily the best device to capture video on, but Schneider Optics’ iPro ramps up the quality hugely.

Essentially the iPro kits are a ruggedised case for your phone or iPad into which you can screw a succession of lenses that sit in front of the phone’s inbuilt one as well as mounting a ‘combi handle’ which stores the lenses and provides a tripod mount at the same time.

There are five century Optics lenses available. A Macro lens provides 2.5x magnification and lets you shoot much closer to your subject; a Wide Angle provides a 35% wider field of view with reported minimal distortion and edge-to-edge sharpness; a Superwide doubles the field of view; and there’s a 2xTele and finally a Fisheye, which both effectively do exactly what it says on the tin.

Pricing is reasonable too. The trio kit features the case, handle, and the Macro, Superwide and 2X Tele in a bundle for $229 and is available for the Samsung Galaxy S4, as well as the iPhone (4/4S and 5/5S) and iPad (Mini, Air, and iPad 2+).

Reaction has been positive as well, with several documentary makers saying that, especially when coupled with the iPhone 5s’ slo-mo capabilities, it’s a valuable addition to the kitbag especially when working in the developing world.