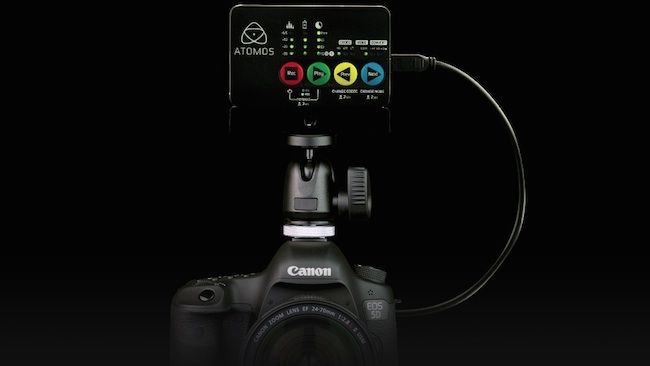 Not only has the Atomos Ninja Star completed its first production runs and is being shipped to the reseller channel ready to meet pre-orders, but the company has also launched its new Atomos CFast 1.0 media (64GB and 128GB) to support it.

"Ninja Star is truly a breakthrough in professional recording," said Jeromy Young, CEO and Founder of Atomos. "We have priced this for the masses, broken the barrier to flash media cost by offering affordable CFast and supplied clever cabling solutions that customers desire. There is now no reason for professionals with a camera purchased in the last 10 years not to have the best recording available with ProRes and Ninja Star.”

The recorder can utilise either CFast, 1.0 or 2.0 cards. CFast 1.0 specifically meets the data rates required for ProRes HQ at 80MB/s sustained write and 200MB/s sustained read. CFast 2.0 is currently achieving 450MB/s + speeds, which will allow recording to 4K ProRes at 30p and beyond, allowing CFast to assist in the high 4K data rates on other products such as the Shogun.

Atomos is one of the earliest adopters of the CFast standard, and having considered the few options available in the current market Atomos have made the decision to produce their own CFast card. The Atomos CFast 1.0 card will be available in 64GB and 128GB options.