A new app boosts the iPhone video to 2K - and promises even more! 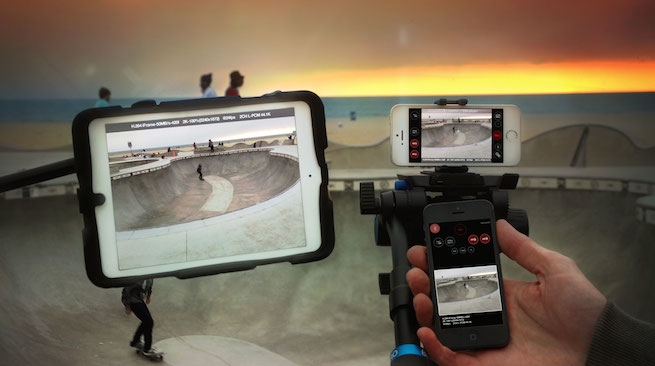 A new iOS app, Ultrakam, takes the iPhone 5s and ramps up its onboard camera capabilities to provide 2240 x 1672 at 24fps. And that, says its developer, is only the start.

The lofty aim of Ultrakam is to provide a complete system which is designed to overcome the production challenges of iPhone film-making. The Ultrakam app itself is the first stage, with the Ultrakam Remote Control serving as part two. The last component, Monitor, is coming later this year.

So, what do you get for your $6.99, which, after all, is close to a top range price in the app world? Well, in the main it’s the ability to take the 5s up to 2K levels, with a reduced set of capabilities for the iPhone 5 (2K limited to 20fps) and various speed bumps also provided for older iOS devices.

There’s a range of settings and shooting modes which sees the app capture 2K video using H.264 iFrame at 20, 24 and 30fps, with audio recorded separately as 2CF Linear PCM 44.1KHz. A minute of 2K takes up around 3GB under 24fps, but if you want to maximise space over quality the app can be switched over to MJPEG and record in 1936 x 1446, while further space savings are available via a Web preset that gives you up to 30 minutes in a 32GB device (though this does rather negate all the groovy features you spent your hard-earned $6.99 on). Colour is sampled at 4:2:0, which is the max allowed under iOS7.

Probably one of the neatest things about the app though is its ability to overcrank and undercrank the iPhone. For timelapse you can create custom configurations at per second intervals, then simply select playback speed; Ultrakam will take these photos and create the corresponding video. In Slow Motion mode, meanwhile, you can capture at 120fps in the iPhone5S or 60fps in the iPhone5. From the settings menu then simply select speed conversion allowing up to a 10x Slow Motion effect by selecting the 12fps preset.

Ultrakam's Gallery offers realtime scrubbing through captured videos, even creating proxy versions for export in the case of the highest quality 2K images. And, as the developers point out, If you also have the Cinekolor colour corrector app installed too, you can send a still frame to it and start working on the look you want which can then be exported as 3D LUTs to whatever editing package you fancy.

Ultrakam Remote Control adds plenty to the experience too, being a companion app that will allow you to control all the functionality of your camera via Bluetooth up to a distance of 6m, as well as being able to stream the camera’s live feed to an iPad, say, to control the quality of your recordings. Plus the app also leverages some of the inbuilt iOS functionality to perform a few neat tricks, such as being able to use Airplay to mirror the display to yet another screen, such as a monitor. nearby via Wifi.

We’ll have to wait awhile to find out more about the third instalment in the trilogy, Ultrakam Monitor (the development team telling us that “we are under NDA with Apple and we cannot give much more details about the Monitor feature set coming in the future”). But for the moment you can see what the app is capable of over at Vimeo, a short film by Carlos Cameras Practicas Deambulantes showcasing a lot of its varied capabilities.