How do you move 4K video files that are 48 Megabytes per frame? 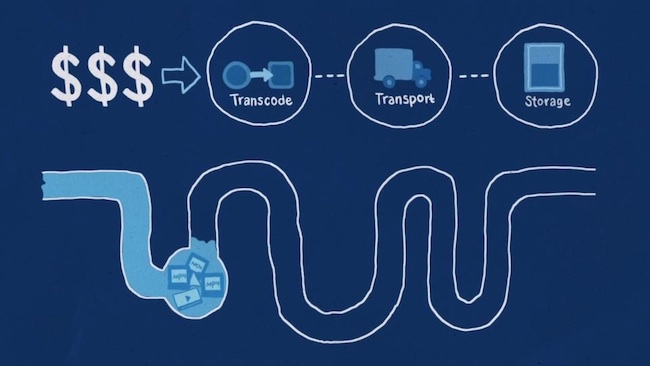 As the New York-based company puts it with some restraint, moving 4K files across a wide area network has been considered impractical and expensive due to large file sizes (just to refresh your memory of the stats: a single, full-aperture 4K frame in a DPX sequence is 48MB, meaning that just five minutes of content at 24fps results in a 172GB file).

“With [our] simultaneous super-accelerated transport and transcoding, moving these large files between remote locations — for example between a post-house and a VFX house — no longer presents a challenge,” it adds.

Brevity’s lossless and visually lossless algorithms can reduce a 4K DPX sequence to up to 95% of its original size, which is an impressive ratio on its own. In addition, Brevity’s pipelined protocol can transcode those files into formats suitable for editorial while the file is being transported. This makes for impressive workflow efficiency, allowing a 4K DPX sequence, for example, to arrive at its destination not only in its original format, but also as a ProRes or DNxHD for editorial, and even as a H.264 daily.

The new motion compensated frame rate conversion will help with globalising those workflows as well, allowing content to be swiftly distributed to different territories with different framerates, as well as combining awkward shots in post.

It’s interesting stuff, especially when viewed through the lens of a pay-per-use pricing model with no additional premium attached, so it will be one to track as it makes it way in an increasingly crowded market.