When you should NOT shoot 4K video 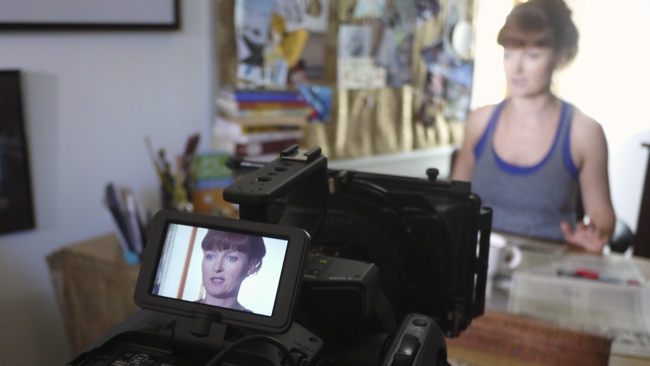 When you should NOT shoot 4K video

Surely it's always best to shoot in the highest possible resolution? That's what we've always been told. But, sometimes, you should stick with, good, old fashioned, traditional HD, says Barry Braverman

The following story may sound macabre but it is true.  I was recently asked to shoot the latest and greatest run-and-gun reality show in 4K.  Never mind the depth of field issues, potential focus snafus, operational challenges, and daunting data workflow, this producer wanted 4K come hell or high water.  He loved the 4K look he said. 4K is great. It’s the latest thing, and anybody certainly any professional who really knows anything about anything is embracing it with unbridled gusto.

My philosophy for shooting, lighting, writing, and the cinematic crafts is in general to resist complexity. The more gear we bring to a job the less work that inevitably gets done. The more bodies we bring as crew the more difficult it is to get anything done. And the more pixels we capture and wrangle, similarly, less work will also get done. 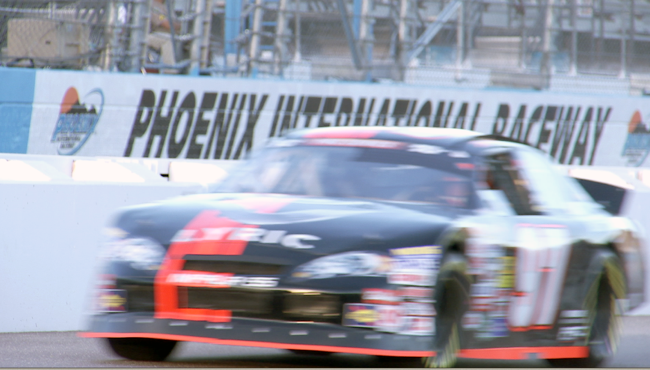 Shooting sports, non-fiction, or a run-and-gun reality show? A large sensor and 4K image capture especially in RAW may produce onerous and unwieldy size files and impede the shooter’s ability to provide adequate coverage and focus.

This may seem sacrilegious to some shooters and producers given the current fashion and the more-resolution-is-better mindset, and for sure some compromises to efficiency may be necessary given the nature, size, and genre of a production.  Shooting a high-end commercial, music video, or Lawrence of Arabia with epic scope and grand vistas requires the appropriate-size crew, gear, and suitably high-resolution camera to cover the larger canvas.

On the other hand shooting weddings and events, a low-budget web series, or thirteen half-hour episodes for a modest reality show in a mere 24 days with next to no support – not even a camera assistant! - 4K image capture might not be the wisest choice. God made small-format cameras for a reason; they are ideal for documentaries and non-fiction type programming like sports, nature films, and reality shows.

Still it was, my producer insisted on 4K even if it meant the show might not be adequately covered, critically sharp, or completed on schedule.  I inquired about what 4K suitable lenses might be available and he shrugged. No thought was given  to the challenges of shooting closeups in 4K – the unflattering detail in the faces of our stars, shooting in low light with inadequate range of focus, the inability to recapture an improvised moment that cannot be restaged in a non-scripted show. 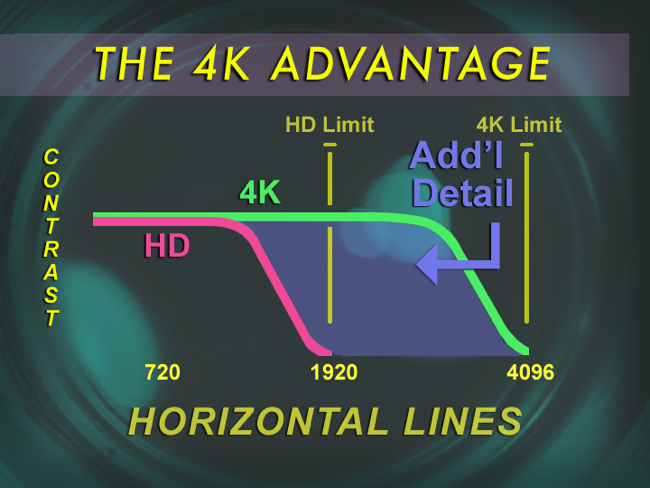 4K capture will often produce more professional-looking downconverted images free of noise. The increased fineness inherent to 4K capture is infused into the 2K and HD output from the NLE.  In my view this is a primary reason to shoot 4K in the first place.

Then there is also the stack of hard drives required to store the many terabytes of data.  Even at HD resolution the storage challenge can be overwhelming as many shows on a limited budget struggle daily for sufficient drive space. This in turn then requires the investment in ever more and larger hard drive arrays for both the primary and backup media. Of course someone has to manage all of this, review the footage - not an easy task in some RAW formats - and attempt to edit the mammoth (RAW?) files in the NLE.

Yes, I must reiterate the compromises and challenges presented by 4K may be worth it for FX heavy projects that require considerable cropping in post; the 4K frame is more than four times the size of HD;s 1920 X 1080, so the additional cropping capability may be critical for a particular application. 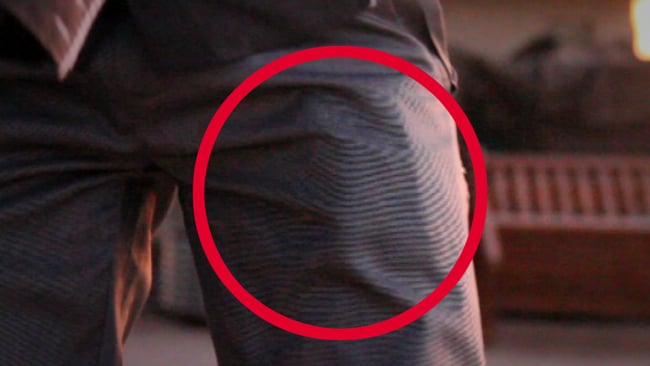 DSLRs not fitted with an optical low pass filter (OLPF) may exhibit very high resolution still images, but will also display increased moiré, aliasing, and other motion defects in video mode. To combat this some DSLRs like the Canon 5D MkIII are now fitted with an OLPF, which while reducing the most egregious high frequency artefacts, also reduces effective resolution by 50%.

There are other benefits of course to 4K capture. The downconversion from 4K to HD may significantly reduce noise as four pixels are reduced to one, and the any apparent noise is averaged out. Keep in mind that a truly noise-free 2K picture may in fact require 4K capture; the optical low pass diffusion filter (OLPF) in video cameras and some DSLRs contributing to reduced artifacts at higher frequencies i.e. in areas of extremely fine detail, at a price of 50% reduction in resolution.  But for more a modest little reality show, shot on a shoestring and very, very quickly, the prospect of shooting 4K sounds like a horrible idea.

Read: Is 4K Perfect, or Pointless, or Both?