Remastering the past for the 4K future 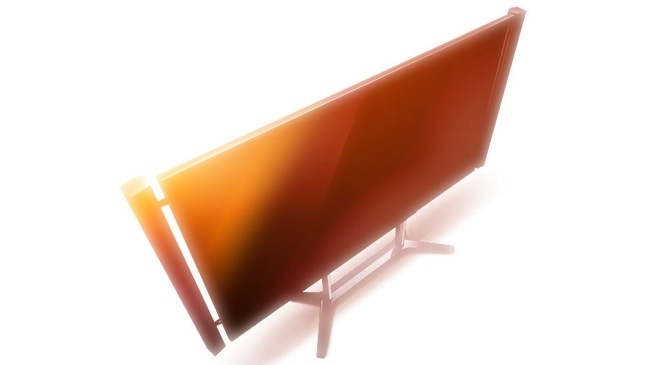 Once a year, TV executives the world over gather in Cannes to sell programmes to each other at MIPCom. As a show, it was always been far more about Champagne, oysters and the French Riviera than it has about broadcast technology, but that was before the world’s broadcasters realised they were sitting on SD libraries in an increasingly HD and now 4K world.

Somewhat ironically seeing that it often gives the impression of being an industry under siege from new technologies and platforms, it’s a bit of a golden age for television at the moment. What trade magazine Variety refers to as the “global boom of upscale cast-driven drama” has given us the likes of Downton Abbey from the UK, Breaking Bad from the US, Les Revenants from France and Forbrydelsen (aka The Killing) from Denmark, all of which have performed impressively on the global stage. And with Game of Thrones, HBO has shown that you can spend film-style budgets on television and still come out ahead.

However, there remains one gap in the broadcaster’s current revenue streams and that is their collective libraries. Once an easy way to earn cash (take tapes out of library, copy to VHS) it then became slightly more challenging (remaster to DVD, add in extra content that viewers seem to demand) and then more problematical still (Blu-ray, HD and an incoming 4K format). So, while they are at least spared the difficulty of converting all their legacy content to stereo 3D, HD has now to be considered the very minimum standard for rereleasing material, and uprezzing will only get you so far. For 4K it’s not really a viable option

All of which means going back to the original footage and rescanning it, but given that there is often no EDL or even scribbled notes about the production, that can then mean sitting people in front of hundreds of hours of footage and getting them to assemble the finished programme again by eye. All of which in turn is exactly as expensive a process as it sounds.

Already used on such projects as 24 and Star Trek: The Next Generation Season 2, it’s proving to be an impressive beast. And all the company says it requires is a locked down version of the programme in question and all the camera footage.

“It’s a technology solution that allows you to take a programme that was originally shot on film and edited in SD and to create a current broadcast distribution master in either HD, 4k or UHD,” explains company CTO, Les Dittert in a company white paper. “You send us all your original film assets pertaining to your programme and your standard-definition reference tape, and we begin to create a new master for today’s distribution pipeline. Using our proprietary technology, we find the exact scenes and takes of your programme. Our technology can match colour from the old master and replicate images that were repositioned.”

iConform uses image processing and recognition to locate the scenes from the original show inside the reams of film, processing all the film rolls to find what it estimates is 95% of the relevant scenes without human intervention. Flipped scenes and a few other stylised shots such as Varispeed will fox itt, but it is still efficient enough to pull in background scenes from composites etc from the footage. It then outputs a frame gap report, a cut list, a pull list for opticals, a dupe list, a pull list for dupes and a 1/4in tape for Lockbox.

It’s coped with a few challenges so far too. “[24] had a lot of unique four-panel, multi-panel composite shots. We were able to find every single film element in these multi-panel shots, which would have thrown a monkey wrench into doing it manually,” says Dittert.

“We conformed 28 episodes of Star Trek: The Next Generation,” he continues. “iConform worked extremely well for this project. There were a lot of single visual effects plates that we were able to find with our process. Star Trek also required us to do a lot of special effects reproduction. The client asked us to faithfully reproduce the flavour and style of the original special effects work without deviating from it.”

Season 2 of that series introduced The Borg: and that’s definitely not the sort of moment of television history that you really want languishing in standard definition obscurity. The TV execs walking up and down the Croisette in the Mediterranean sunshine can probably think of a few others. Not to mention the odd film executive too: the latest to sign up to use iConform has been Hammer Films, whose Rasputin: The Mad Monk has even been the first of the venerable studio’s oeuvre to get the 4K treatment.