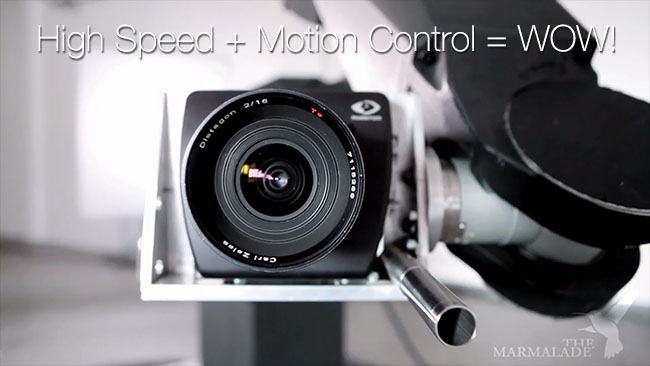 Earlier this year I posted an article about this amazing Lurpak commercial. Now I have found out a bit more about the technology behind it and the German company that are taking high-speed filming to new levels

When I first saw the Lurpak commercial I was impressed by the camera moves combined with high speed filming. Obviously the camera had to be moving very fast and in a very controlled manner.

The company behind it are based in Hamburg and are called "The Marmalade".

They have combined engineering, model making, 3D animation and an amazing motion control rig called "Spike" to create some of the most incredible high speed shots you have ever seen.

Check out this video: