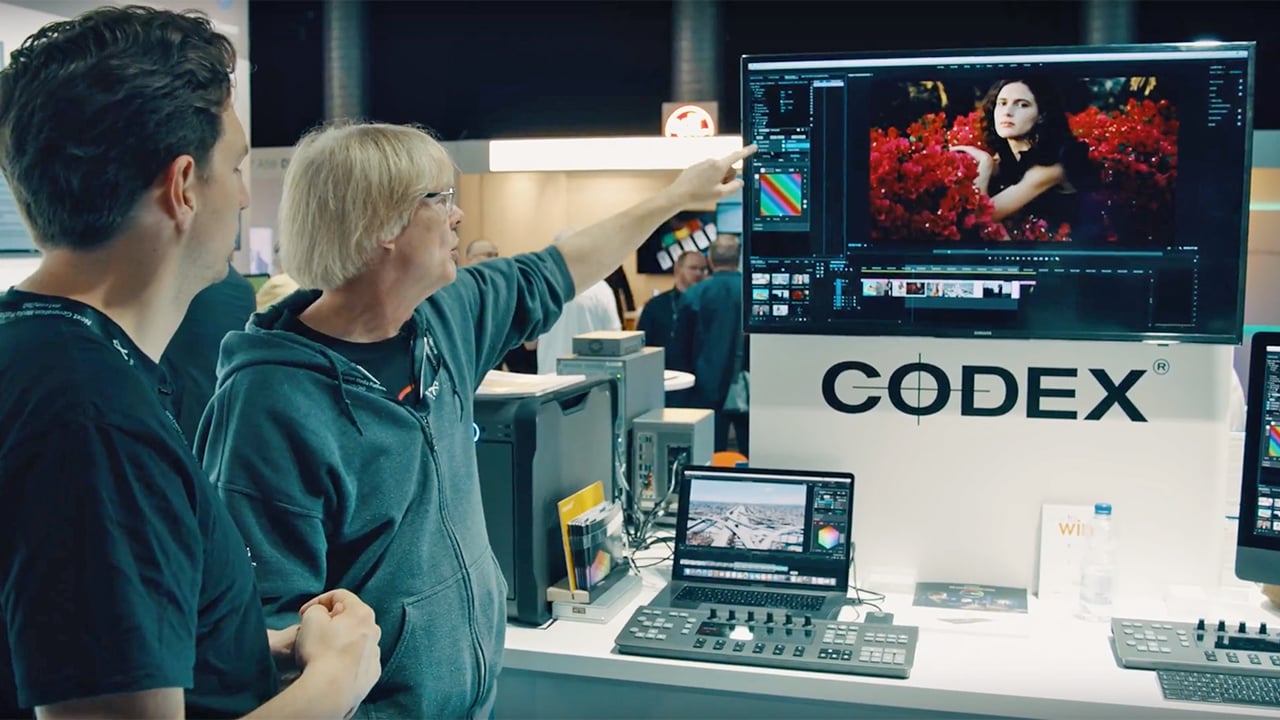 Codex won an Engineering Emmy recently and was at IBC demonstrating the power of its ColorSynth grading toolset for NLEs.

You can always tell when you’re in Hall 7 at IBC as the number of suits being worn decreases rapidly as the number of creative post production tools on show ramps up. And Codex’s Color Synth grading toolset for FCP — and now Adobe Premiere Pro — is right at the forefront of that creativity.

Effectively it’s an elaborate pre-wired network of colour processing nodes totalling more than forty five control panels arranged in a six-layer stack with fifteen sub-layers. And all that can handle anything thrown at it from single One Light passes to what the company refers to as the “most esoteric needs.” Even better it can now be controlled by a conventional keyboard-sized USB bus-powered control surface called Codex keys