Is it wrong to grade on a consumer monitor? 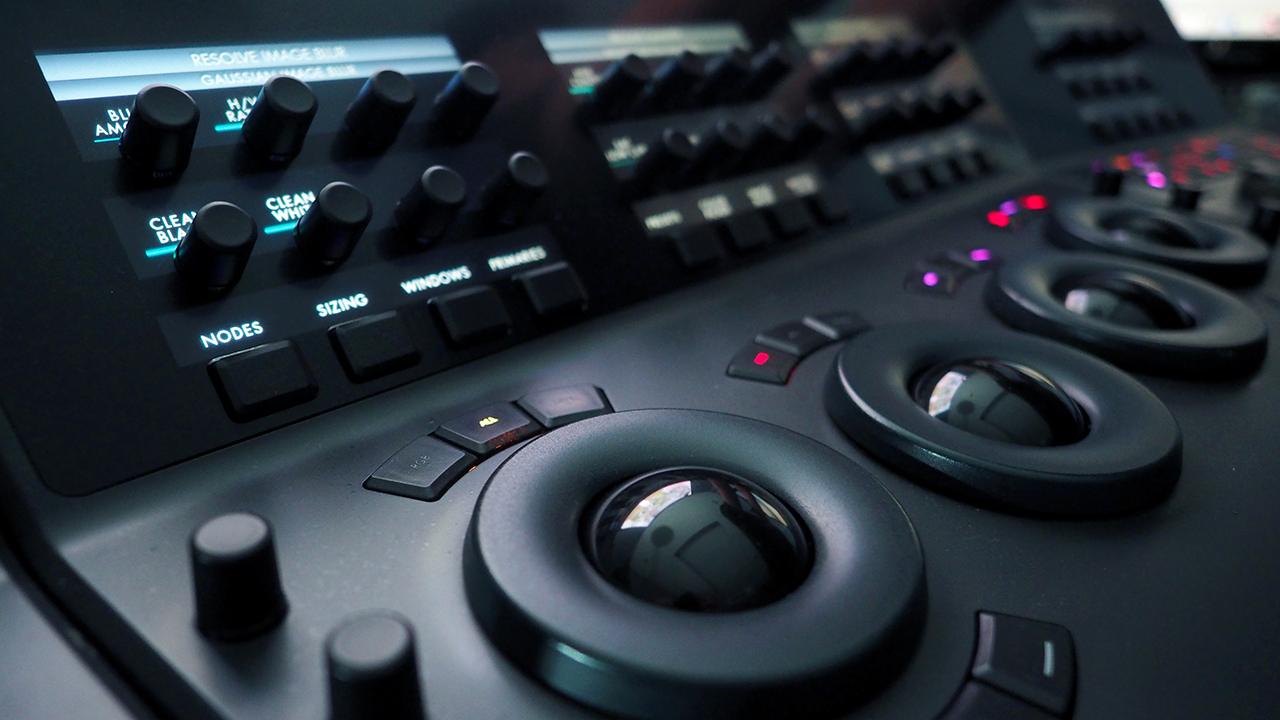 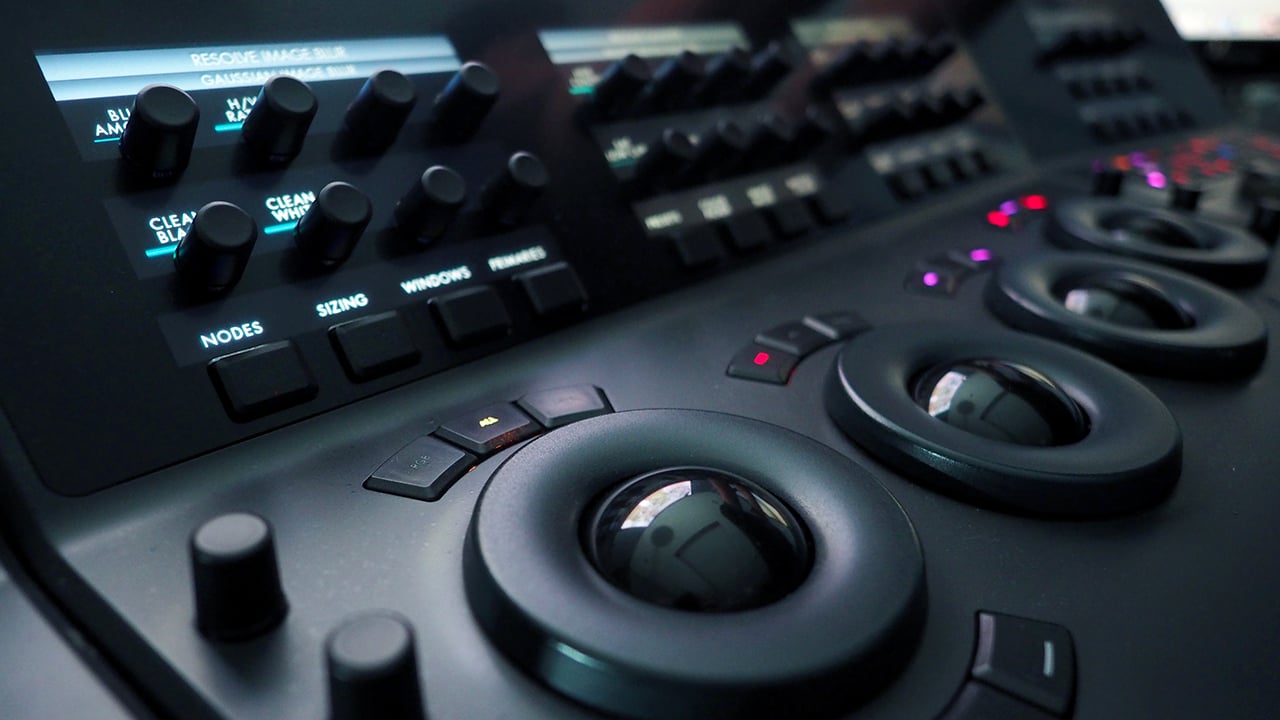 Do we need to calm down about people using lower end equipment for grading?

Consumer grade monitors are getting better all the time. Is 'good enough', well, good enough for all of us, or should we all take out second mortgages to get the best monitoring systems on the market?

Once upon a time Phil Rhodes wrote an article about grading on consumer monitors. Suffice to say that in some quarters it didn’t go down too well. Chiefly in the professional grading and colourist fraternity.

It is fully understandable why this would be the case. After all, being a colourist is a dedicated profession, and the idea that your highly prized equipment could be replaced by a television brought from a high street store isn't a comfortable one.

We work in an industry of different tiers. There is the low end, the mid-level, and the high end. I would love to have an iPhone X, but one of the less expensive models suits me better. However, just because I can’t justify the cost of the iPhone X, I don’t throw my toys out of my pram and declare that because of this I am not going to buy any phone at all.

Yet this is seemingly the very suggestion put forward when it comes to grading equipment by people on online forums. If you can’t afford a true reference grade monitor, you have no business doing any grading at all for professional work. Apparently. 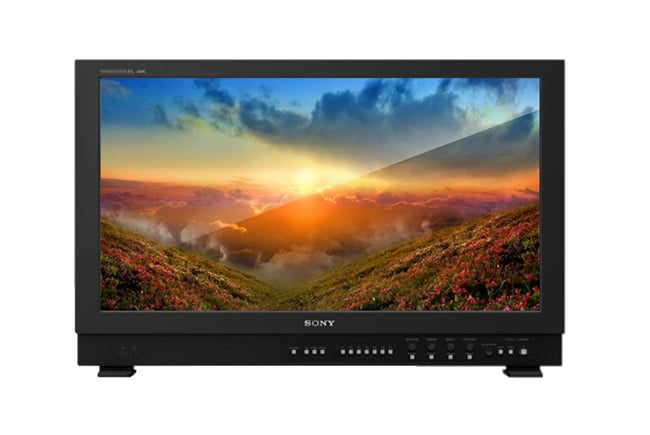 Way back when we used to use CRT displays. Some people still claim they are better than any display now. They are not, even though rose tinted spectacles and false memory might suggest otherwise. Some CRT’s used to have to be calibrated all the time, sometimes multiple times during the day, due to the way they drifted. We have come a long way since then.

Only in the last two weeks we’ve had announcements from companies such as LG for consumer displays that can show in the high 90 percentiles of the DCI-P3 colour gamut in HDR and full 4K resolution.

Now, I fully accept that a true reference grade monitor will be extremely consistent. Grade on one and take it to someone else with the same properly calibrated monitor and it should look exactly the same, amongst other benefits. These are the sorts of things that lots of money gets you.

But here we come to some other facts. Your viewing environment will have much more effect on things than spending huge amounts on a monitor. The best reference grade monitor in the world won’t gain you any benefit unless you situate it correctly with the right background and ambient light levels. Your own eyesight can also be a huge bottleneck in this, too. Not just your natural ability to see colour, but how often you ‘calibrate’ your eyes. Sit there grading for 2-3hrs without a break, and I can guarantee that you’ll be making some dubious adjustments. You'll also need to be careful of your output 'pipeline'.

But let us go back to consumer displays, and even displays on computers such as the MacBook Pro, which arguably are most often used by professionals more than average consumers. There are different tiers of production as I mentioned earlier and not all of them, or the production companies that are involved in them have the budget for top level reference grade monitoring equipment. People and companies have to work within their means. If all your work is done on the move and you only have a MacBook Pro, then that’s what you have to work with.

If I think back to any online video I have watched, I can’t think of many where the colour has put me off watching. I’ve seen lots of over saturated stuff straight from various cameras, but I cannot think of an instance where I’ve had to think “Blimey, that grass looks rather pink!” or “This would be a great video if that lady’s face wasn’t bright purple.” For the most part stuff looks okay. In other words whatever people are using they are outputting video that is ‘good enough’ for the purposes they want it for. 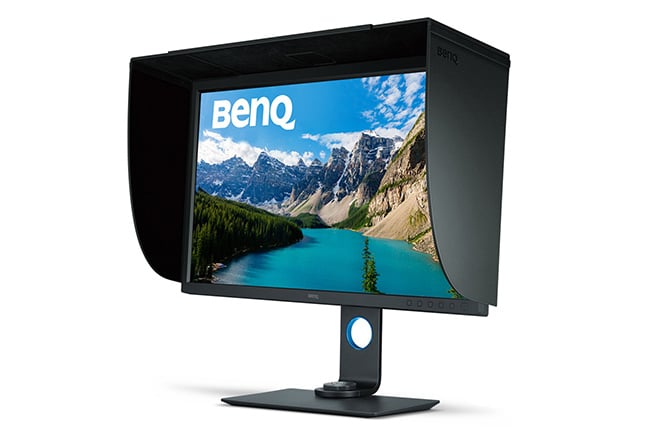 The BenQ SW320 is more affordable, but with 87% DCI-P3 coverage would it be as good as some new consumer displays that cater for over 95%?

What you use to grade on comes down to your budget, your clients budgets, and how colour critical your work needs to be. Ask some colourists and they might tell you that everything is colour critical. It isn’t. If all you need for your particular tier of work is ‘good enough’ then that’s fine. As long as your skin tones look healthy, and your grass isn’t fluorescent green, nobody is really going to bat an eyelid. That’s why scopes are your friend. If you know the limitations of the gear you are working with, you can mitigate any issues and work around or with them. Many consumer displays allow some pretty in depth colour adjustments as well these days, so you can get things as neutral as possible. Just don't forget your viewing environment.

The good news is that not only are displays getting better all the time, the number of mostly colour accurate ones at more affordable budgets is increasing all the while as well. But to those who insist on the absolute best all the time, for some people this just isn’t an option. There’s going to be an awful lot of people retiring from video production if they are told that they have to wait until they’ve saved up £30,000 for the best grading monitoring system on the market before they are allowed to even touch a colour wheel!

In conclusion, the best monitor to grade on is up to the individual and their circumstances. Quite obviously if they are advertising themselves as a colourist, then clearly they need to be the proud owners of broadcast or cinema grade equipment. As a client employing them you wouldn’t expect anything less. But let’s not put down the work of people who have to self produce without the budgets for such things. One day they might get the clients with the budgets to spend for you to grade their work. In the meantime let’s just enjoy what is produced rather than fixating on whether their skin tones might be every so slightly redder than you might like. Judge people on the final result, not the gear they use or what you think the result might be.