The movie designer who built his own film 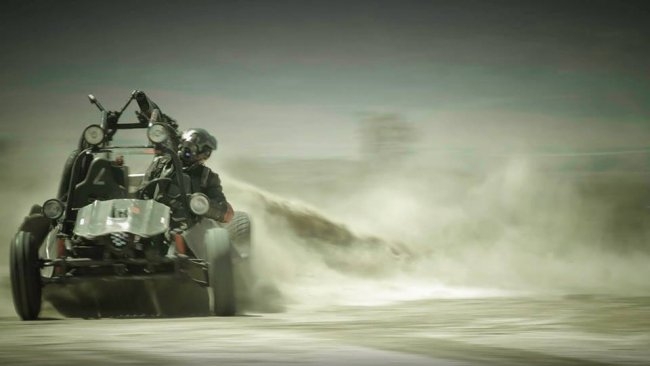 What happens when a celebrated concept artist elects to handcraft their own live-action sci-fi project? David Levy’s Plug is the highly impressive answer.

Whether viewed as a testament to the democratisation of vfx and filmmaking tools or as an inspiring lesson in what can be achieved when an artist is determined to bring their personal vision to life, David Levy’s short film Plug is quite an achievement. Granted, Levy isn’t typical of the new artists breaking through via a DIY approach and web-based word of mouth. With credits as a concept artist on the movies Prometheus, Ender’s Game, Tron Legacy and upcoming tentpole releases Tomorrowland and Avatar 2, it’s presumably easier for Levy to navigate this terrain and get the results noticed. Nonetheless, this is clearly a labour of love — one that required his involvement in just about every aspect of production.

Originally conceived as one-minute showcase for the abilities of Levy and co-writer/vfx professional Hatem Benabdallah, Plug quickly expanded to 15 minutes as the pair fleshed out their script, then became ever more ambitious as the original, more quirky concept gave way to a gritty 1970s’-influenced sci-fi tale.

Tipping its hat to the likes of Mad Max and Star Wars Episode IV: A New Hope, Plug stars Natalie Floyd as Leila, the only human left alive on a post-apocalyptic Earth. Raised by robots after the remaining survivors have abandoned the planet, Leila embarks on a quest to find signs of organic life... and ends up with more than she bargained for. 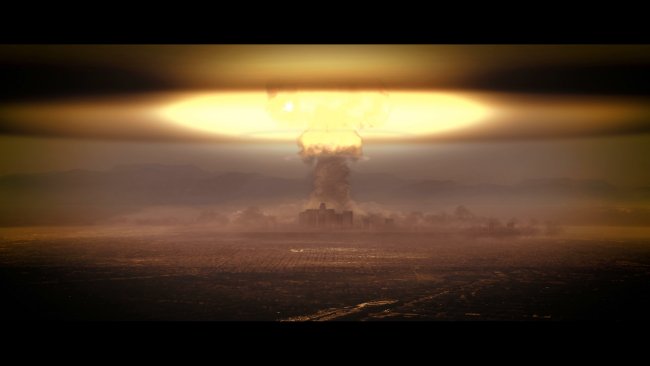 Crucially, Levy not only stepped up to handle directorial, DP and producing duties but — when family issues forced Benabdallah to drop out — ended up completing around 90 percent of the short’s visual effects himself, despite having no previously knowledge of post production tools. In truth he had little choice. With no external funding for the project, Levy had already paid an ever-expanding crew himself (not least for a six-day shoot out in the Palmdale desert near Los Angeles). There was no money left to bring a vfx supervisor in, so after several months despairing that his dream project would ever see the light of day, he hit Youtube for a crash course in 3ds Max, VRay and After Effects.

Levy admits that the process was daunting, so much so that he even chose not to tally up the total shot count, and instead simply focus on them one by one, waiting to take on the more ambitious scenes as his skills improved. Even so, some vfx tasks proved too complex to tackle alone, so he used what little money was left in the budget to bring in colleagues Torey Alvarez and Ray Pena to help with additional compositing and robot rigging/animating challenges.

Plug ultimately consumed almost three years’ worth of weekends, with Levy slotting it between his mid-week concept design work for Hollywood blockbusters. Impressively, the well-received finished article shows no signs of its extended and somewhat turbulent gestation. The director, too, has emerged remarkably unscathed. In fact, he now hopes to develop the project further, with Plug acting as the prologue to a longer form feature film or series. In the meantime, the short and a behind-the-scenes mini-documentary can be viewed online…