The Indie Movie Director and the $500m Blockbuster 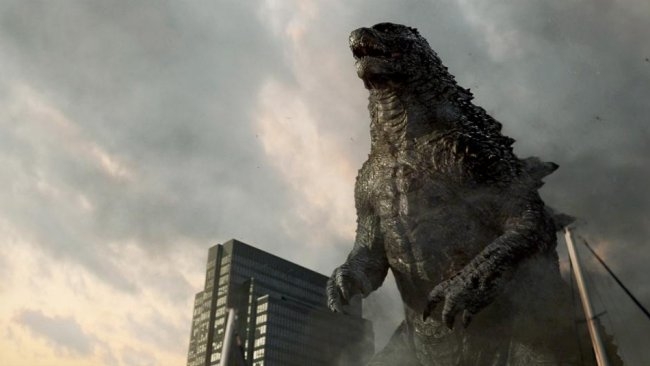 For those wielding a semi-pro video camera and dreaming that one day they just might make it as the next Spielberg, look no further than Gareth Edwards and his recent monster hit, Godzilla.

A blockbuster release with a $160 million production budget and almost half a billion in box office receipts might appear an unlikely source of inspiration, granted. But then not many movies of this size are helmed by a director whose only previous movie credit was for a £14,000 movie he wrote, directed and even created the visual effects for.

Ironically, Edwards very nearly didn’t end up working as a director. He graduated from film school only to find that job offers taking advantage of his self-taught animation skills were better than those for his filmmaking work – with a series of gigs for the BBC’s history department helping to pay the way until it the arrival of pro-level lenses for standard consumer camcorders. That then inspired him to create a short for the London Sci-Fi Film Festival, which in turn landed him the chance to make Monsters. And then that led him to Hollywood, where a meeting with Legendary threw up the opportunity to direct Godzilla...

Edwards experience with visual effects clearly helped him make the transition to shooting large-scale action sequences, but otherwise this is a very different beast, requiring a team of more than 700 artists to craft its 900-plus effects sequence. To help bring the monsters and the ensuing destruction to life, Jones and Legendary turned to five industry heavy hitters: Weta Workshop, MPC, The Third Floor, Double Negative and Scanline.

Weta Workshop was the first port of call, the New Zealand-based studio working with Edwards through a multitude of concept designs to establish the direction to take. Elements from bears, dogs, reptiles, fish and (most usefully) birds were all experimented with, along with inspiration from King Kong and H.R. Giger’s Alien, with Edwards pushing for something that would stay true to the form from the original Japanese Toho movies while making sense from a physically plausible perspective. Weta artist Andrew Baker’s work proved especially useful, with artist and director collaborating via Skype to sculpt a 3D model of the creature, one that looked unique yet believable, held a good silhouette whatever the angle, and would prove practical to animate.

MPC then stepped in to handle the next stage of the project’s pre-production development, working on a teaser trailer for Comic-Con a full 18 months before principal photography commenced, further fleshing out the design of Godzilla to make him animation and render-ready, and working with Edwards and concept artist Matt Allsopp on the design and building of the ‘MUTOs’, two creatures that serve as Godzilla’s antagonists in the film. While Weta’s input was invaluable, it still took another seven months for MPC to turn the Godzilla concept sculpt into a fully modelled and textured model. Again, real-world reference proved useful, with the artists working with photos of crocodiles and other lizards to help get the right look for Godzilla’s skin, scales and other elements. Hundreds of colour maps and displacement maps were taken from modelling tools Zbrush and Mari to build up something that would stand up to close scrutiny (a single fingernail is the size of a car) and also look good in shots with the creature further from the camera.

Godzilla’s rig is incredibly complex, with multiple simulation layers used to deform the underlying muscles, represent general body mass and to deform and fold the outer skin. The scales placed on each area then also needed to move correctly, sliding over one another seamlessly as the artists posed the giant creature.

When it came to shooting the film, Edwards worked closely with The Third Floor to previsualise shots. With cinematographer Seamus McGarvey shooting on the Arri Alexa, Edwards favoured a human-eye approach to shot setups with a hand-held look for many sequences. The pair also opted to shoot without giving consideration to 3D, preferring instead to worry about stereographic conversion further down the line.

With Double Negative handling various key set extension shots (including those of the nuclear power plant) and Scanline bringing its expertise in fluid simulation to party for the Honolulu tsunami sequence, MPC was tasked with all the of the battles between Godzilla and the MUTOs and the wholesale destruction that this causes. Creature-wise, the artists took inspiration from nature documentary footage featuring fighting animals – notably bears and komodo dragons. Edwards and the animators would also act out movements, as they built up cohesive performance reference for Godzilla and the two very different MUTOs (one male, one female).

A lot of time was spent ensuring Godzilla moved and behaved like a majestic alpha predator, for example (albeit one standing 355-feet tall), with facial work conveying his intelligence, and in some shots even weariness and sadness. Imbuing movements with the correct sense of weight was also a key concern, with close attention paid to Godzilla’s way of walking (reminiscent of an elephant’s) and the way he accelerates when attacking. The MPC artists also learned that slower general movements worked better for the large-scale, human point-of-view shots, while higher angle shots were played out faster to heighten the dynamic nature of the creature battles. On a practical level, while the animators worked to give Godzilla a number of square-chested poses and strong profile views (to add drama and highlight his spines), the creature rig was actually built to resemble that of a serpent rather than that of a standard biped, with a chain of joints running from nose to tail. Although some reports suggested that performance capture was utilised, MPC actually used keyframe animation throughout.

To build the battlegrounds for the monster battles, the MPC crew took several trips to San Francisco, where a set of five panoramic gigapixel cameras were used to capture environment data to match The Third Floor’s shot previz. These were then used to build up a 3D representation of the city. Destruction assets were built over at MPC’s offices in Bangalore. To create the destruction, the studio utilised its own custom physics toolset, Kali. While the traditional methods for simulating destruction visual effects work involve rigid body destruction, Kali instead is based on Finite Element Analysis (FEA). On Godzilla this made it possible to quickly and efficiently change and fine-tune simulations without impacting on other departments. FEA also has the advantage of making it much easier to accurately simulate the way real-world materials bend, fracture and break. The skyscrapers and other buildings that take a pounding in Godzilla are thus damaged according to the laws of real-world physics, though the artists were still able to finesse each element for maximum aesthetic impact.

As ambitious as the project was, particularly for a director with no previous blockbuster experience, Godzilla’s visual effects shot count is actually quite modest. This can be attributed to Edwards’ less is more approach (something he took from Spielberg’s Jaws). It’s an approach that clearly paid off. In addition to the movie’s box office gross of nearly $500 million, Edwards himself is now signed up to helm one of two new Star Wars spin-off movies. And the Godzilla juggernaut is set to continue, with the director already confirmed to return for a sequel, with a third also rumoured to be on the cards. Sometimes £14,000 can go a very long way indeed...

A video breakdown of MPC's spectacular vfx work for Godzilla.