Phone charging: A solution without a problem 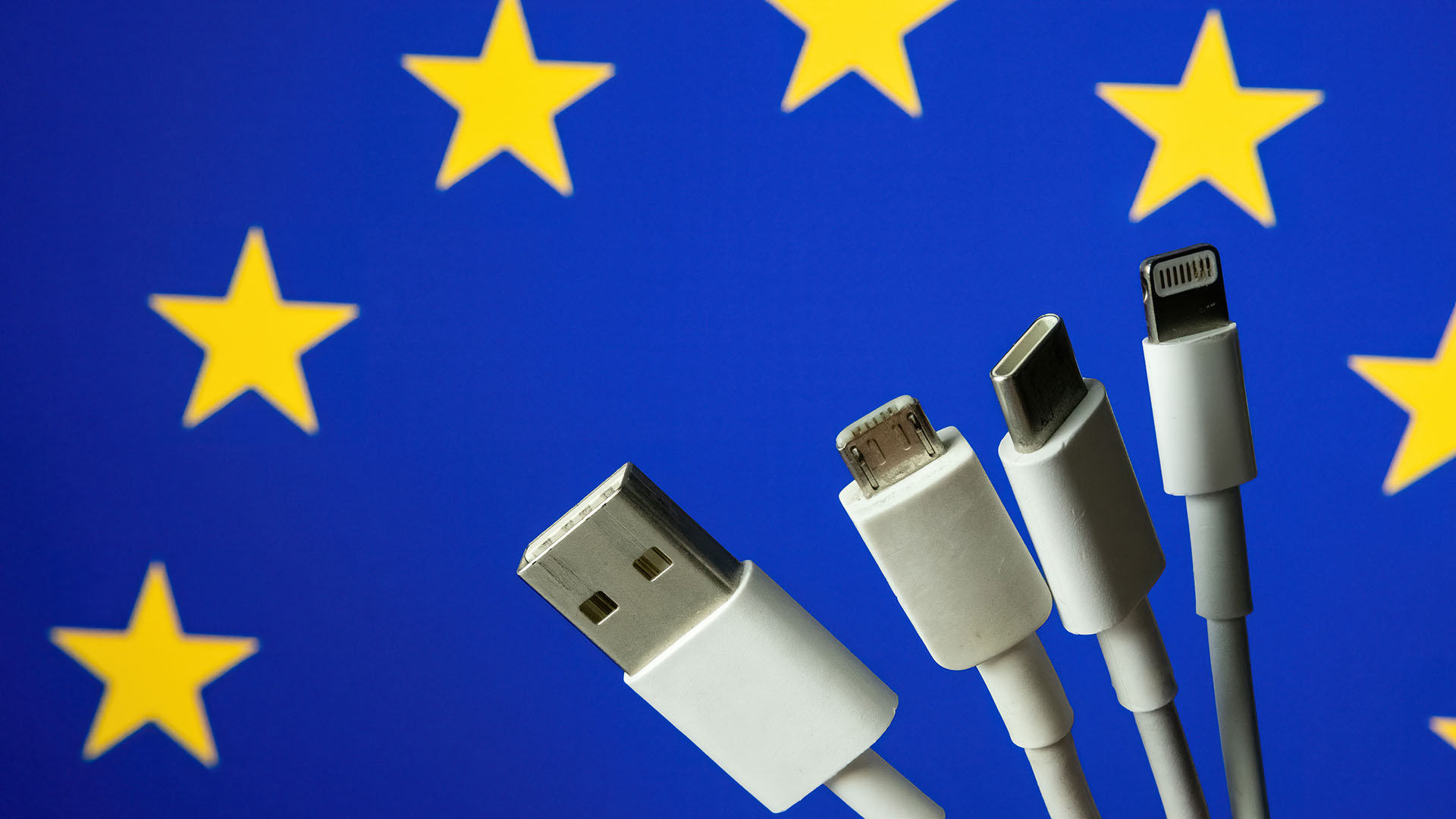 An EU proposal wants all smart phone and tablet manufacturers to use USB-C as a charging standard. But the move is fraught with technological illiteracy.

At first it sounds like an honourable aim, to reduce confusion amongst consumers, and to reduce the amount of waste from incompatible chargers mounting in peoples drawers. But forcing manufacturers to adopt the USB-C standard for charging devices is a huge mistake, and one that will only reveal the full extent of its limitations further down the line.

We don't discuss politics on RedShark, and I'm not going to start here. This is more of a technological issue, and on this particular front I think the bloc is making a huge mistake, albeit born of good intentions. Much as we can sometimes become annoyed at companies using proprietary interfaces, these days it isn't really a problem. The fact of the matter is that Apple's Lightning cable is so ubiquitous that it is as easy to get hold of a cable as any other, and they can be used with any standard USB charger.

I should point out that discussions about this rule are still in the early stages and it could be several years before it comes into effect, if ever. The fact that it may take a few years could be a problem in and of itself given how standards change. There also appears to be some confusion in the discussion, seemingly interchanging the word "chargers" for "cables".

Forcing a standard in this way is restrictive

Making the move to USB-C is highly restrictive. It's a whole different issue enforcing a technological standard like this compared to a standard that, for instance, enhances device safety.

If it is eventually laid down in law that USB-C must be used, then a huge problem is created once the USB-IF decides to move to a newer design in the future. The question then becomes, who decides when phone manufacturers are allowed to move to any new USB standard? Trying to get a governmental organisation to move or adapt to such a development could take years, and if they do relent and allow the new standard we are back to the original problem: Lots of cables from legacy devices left in drawers. Will this move force the companies behind USB to stay with the USB-C form factor forever? Such an idea is, to my mind, rather silly, and it really does stifle innovation and change.

Ironically, my drawer full of unused cables is not down to old proprietary Apple designs, but from the multiple different USB standards over the years. There's been USB-A, USB-B, Mini USB, Micro USB, USB Micro B, and now USB-C. Most of those, with the exception of one or two Micro, A, or C types have been relegated to a dusty old bag full of SCART, RS232, and ASCII cables.

More elephants in the room

Addressing smartphone cables almost exclusively also ignores a couple of other elephants in the room. The first of these is that cable waste also comes from other devices such as portable hard drives and SSDs, and other computer accessories. The Thunderbolt standard currently uses the USB-C form, but you can't use a USB-C cable, you must use one designed for Thunderbolt. As that standard, amongst others, develops, cable waste then happens again. It also doesn't address the fact that phones that use the older USB standards will be in circulation for a long time to come, and they will still need charger and cable availability.

The other elephant is wireless charging. It wouldn't be at all surprising if Apple ditched the physical interface entirely and went solely for wireless charging and connectivity. Undoubtedly it would rile a lot of people up, but that won't necessarily stop the company from going ahead anyway. Wireless charging is convenient, and it makes external battery packs more manageable too, particularly when combined with the new magnetic MagSafe design, such as Anker's PowerCore Magnetic 5K.

However, regardless of how many cables there have been, the metal inside them can be recycled when disposed of properly. Instead of focussing on the cable standard, the focus should be on creating cables that are 100% recyclable, from the metal used for the wiring to the outer shielding. This would be much more beneficial than forcing a particular connection standard on manufacturers that would leave any decision on how and when they were allowed to move to any new or emerging standard to politicians. Politicians are technologically illiterate at the best of times, unable to comprehend how quickly things move and change, and this case is no exception.

Technological, constructive and practical discussion in the comments below welcome, but *please keep the politics out of it* otherwise they will be deleted.