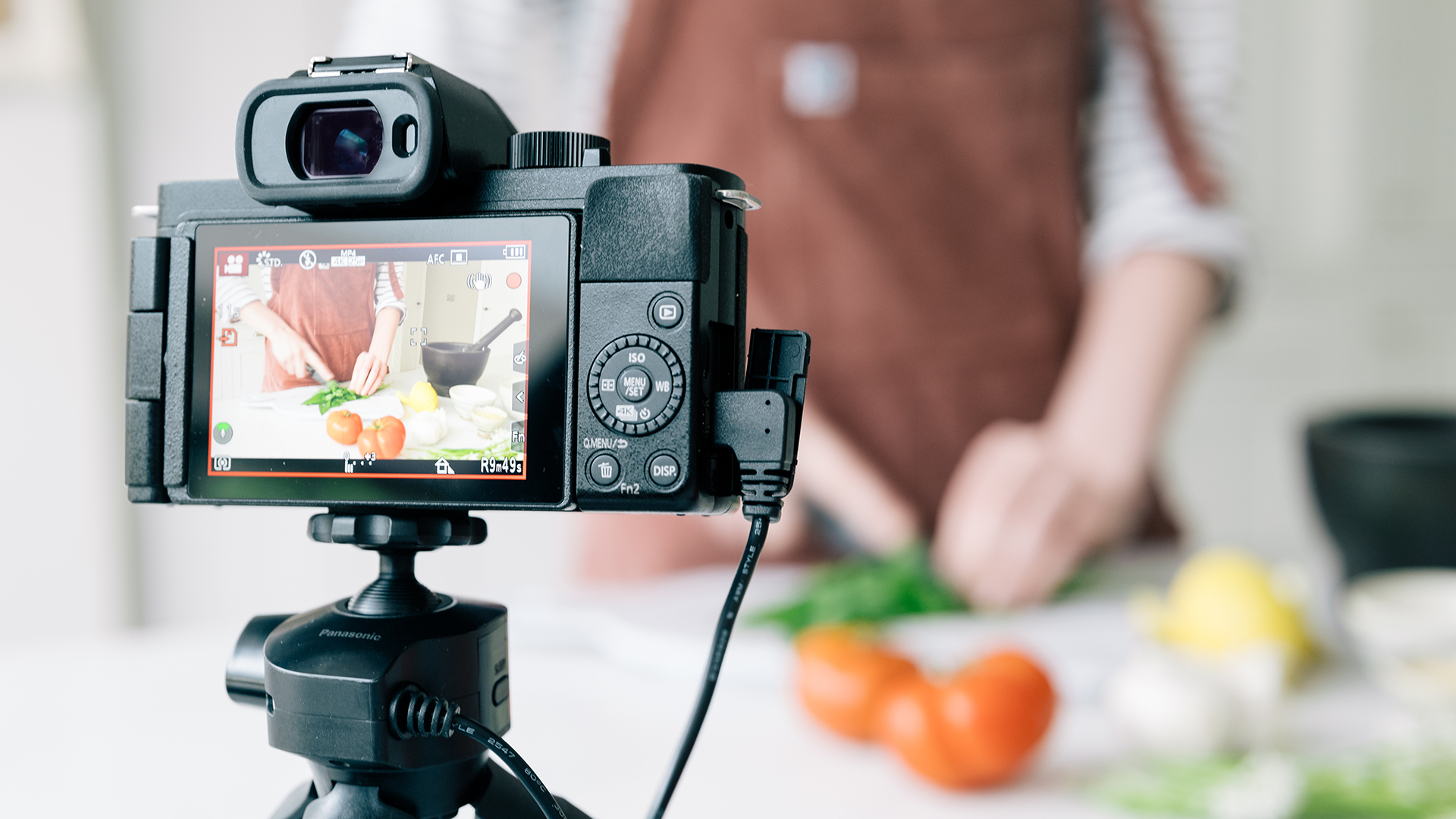 Vlogging capabilities in cameras are becoming more of a requirement. Panasonic’s new LUMIX G100 grabs the genre with both hands.

The Panaosonic LUMIX G100 is very much focussed on vlogging. Image: Panasonic.

The new Panasonic G100 is priced at £589.99 and will be available from the end of July 2020. We most certainly live in a world where production has been turned onto its head. The Covid crisis has meant that self shooting has become an ever more important area for camera manufacturers to focus on.

Vlogging has already become a major use for camera equipment, with manufacturers such as GoPro, DJI, and Insta360 all building in vlog focussed features such as front facing touch screens into their cameras.

There are a few things that make a camera suitable for vlogging. A screen that self shooters can view and operate, highly sophisticated stabilisation to minimise the need for bulky gimbals, and internal microphones that have great sound pickup.

The latter one of those will have traditionalists holding their heads in their hands, but it is something that has become an important feature. Manufacturers have made great strides, too, in developing internal mics that can minimise the need for an external mic, at least at close distances. 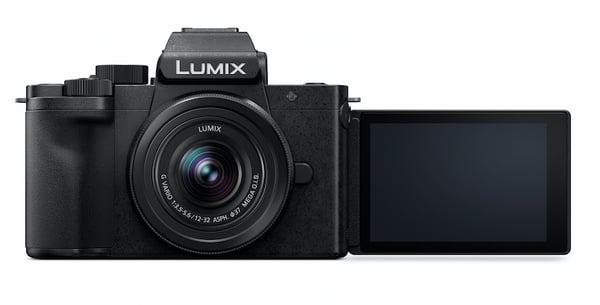 The Panasonic G100 would appear to have addressed all these aspects, so let’s take a look at the full spec list. Let’s start with that sound.

The OZO audio system by Nokia is one of the stand out features of the G100. It consists of three internal microphones, and they can be configured to work in four different modes. These can be front or rear focussed, or placed into a surround mode. But most interesting of all is tracking mode. This conjoins the microphone functionality with the face tracking feature. The camera will then select the most appropriate way to pickup the best sound for the person it is tracking.

Panasonic claims that the system is so good that it can pickup voices in a crowd, and that it truly minimises the need for an external microphone. Too good to be true? As someone who places audio high on the list of priorities for any shoot, I am cautiously excited by the prospect, even if I will reserve judgement until I have used it myself!

The G100 can record either UHD 4K or Full HD video, taking its images from a 20.3MP Micro Four Thirds MOS sensor. There’s no OLPF here, despite the video focus, however it can reach the heady heights of ISO 25600 for extreme low light imagery. How usable things are at this level remains to be seen.

Slow motion can be recorded in Full HD modes up to 120fps, while the camera can also be set to produce timelapses in-camera, as well as stop motion animation. V-Log L also features to maximise the grading potential of images.

Different frame markers are included to help users frame for different aspect ratio, such as for Instagram and Facebook Stories. Bitrate wise the camera records H.264 at up to 100mbps in 4K mode.

To make things work quickly, the camera can be set to start up automatically when the monitor is rotated forward into Selfie mode, and the depth of field is set such that the background is also in focus.

Stabilisation is via a five-axis hybrid system, which combines OIS with EIS to make the most stable images possible. This is one of the most important features of any current generation camera.

Lastly, Panasonic has enabled the camera to be used as a webcam, or as a live streaming device, which in this current climate will be very handy indeed! 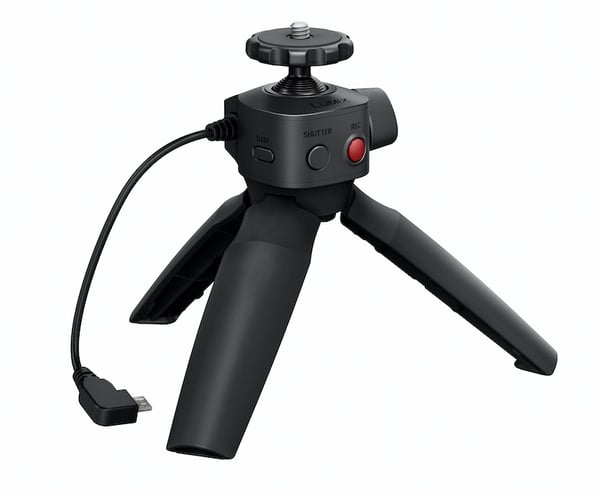 The G100 can run for a claimed 45 minutes using the internal battery, although the camera allows USB charging. It will be interesting to see whether the camera can be powered through USB by a portable power bank.

Lastly the G100 can be used with a DMW-SHGR1 tripod grip. This is a mini foldable tripod that can be used as a selfie handle as well. But it also features a record button and a shutter release button that interfaces with the camera so there’s no need to be fumbling around to start recording.

Weighing in at 412g with the kit lens, the G100 is incredibly lightweight. In fact in terms of front rectangular footprint it is smaller than an iPhone XR. Combined with all the other features it looks like anyone who is a serious vlogger will want to take a good look at this camera.