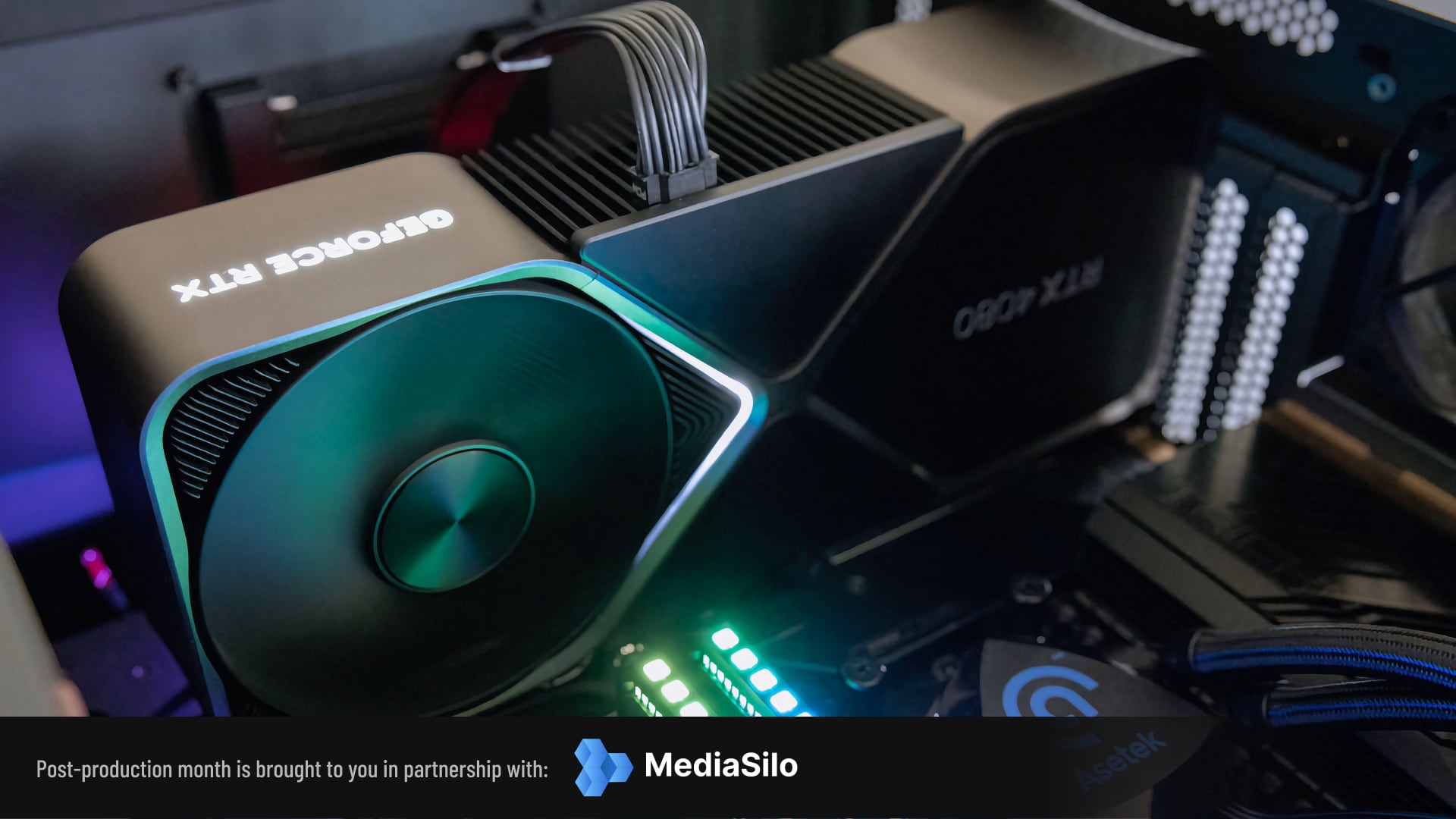 As Brett Danton moves steadily into increasing amounts of virtual production he’s finding he needs ever more powerful PC-based tools, so he was the perfect man to put the new NVIDIA GeForce RTX 4080 through its paces for us.

Confession: I have been a Mac fan boy since day one, always having a MacBook and a Power Mac. But with the change in production, especially with the use of volume stages and virtual production, I have found myself having to use a PC. The biggest reason for using a PC was the graphic cards. Some of the software used such as Unreal Engine will run on a Mac, but having recently completed a large Unreal Engine stereo 360 VR project I can tell you that you need a PC with a good graphic card. Mainly this is because other software such as NVIDIA’s Omniverse will only run on a PC, and this software in my opinion is the best path tracing render engine you can use.

I have just started a large automotive project that we are rendering using LiDAR scanned location ultra hi-res environments and CGI cars with digital driving physics applied inside of Omniverse, and its hard to tell the difference between the digital world and reality. These same digitally created assets can then be used in volume stage’s walls as a digital background with parallax. 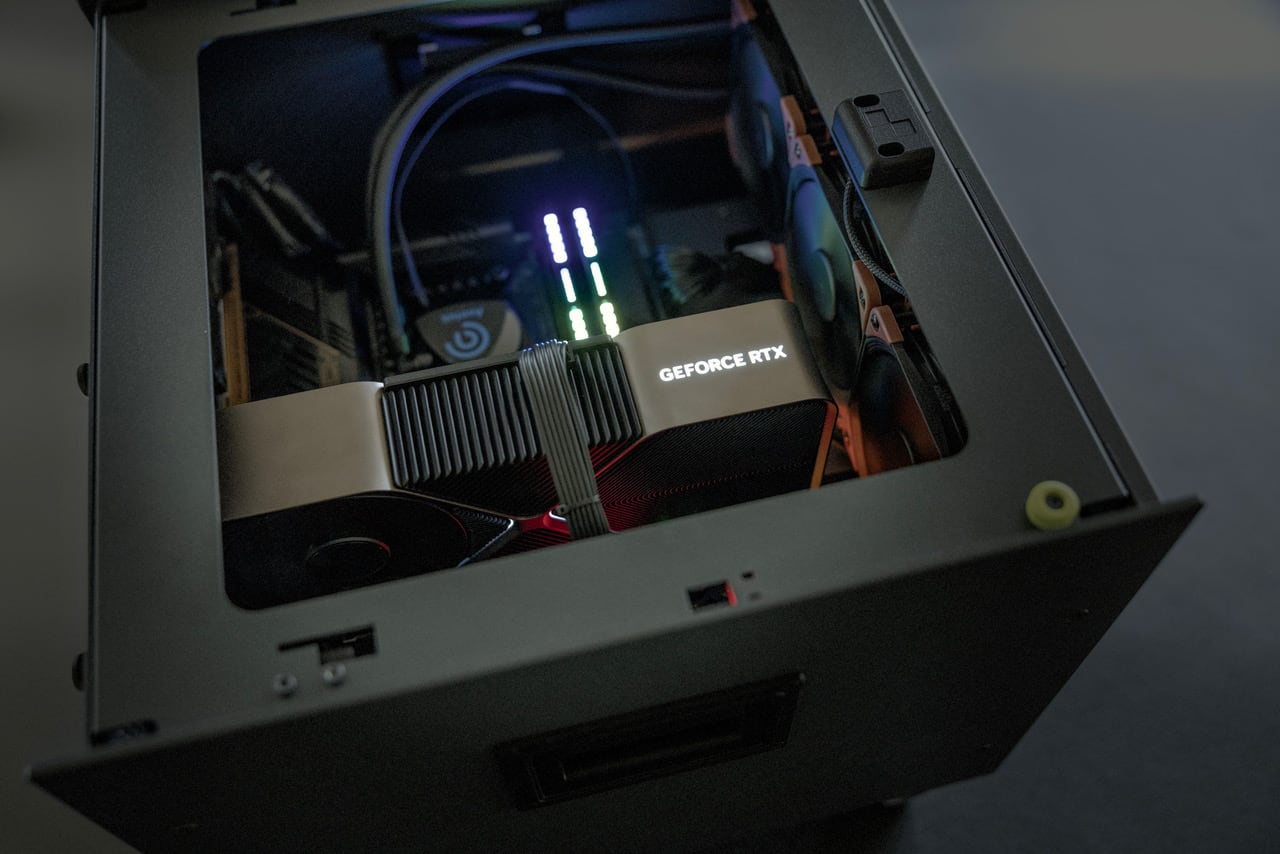 I recently came back from an overseas shot where 90% of the locations have been digitally captured. These assets are reusable, like a stock background image except you can move around them inside a 3D space. At the moment this type of asset will be used for content creation, its not high-end commercial level, but I can build an entire content piece, and shoot inside a 3D world with my (very powerful) home computer and it looks real.

There is going to be more of this too as the use of these assets will be driven by sustainability. The overseas shoot we just did was in very sensitive environmental areas, the landowners have said how they would now not let a traditional film crew in any more. As opposed to having 75 people on set we had 10.

One thing that remains large, however, is the files. The files are big, often requiring 40GB of GPU memory. I use a very serious machine for this work from Renderboxes which has 8x RTX A6000 cards in it.

Having such a powerful PC and also doing a lot of editing, colour grading and comping I decided to start using it to run DaVinci Resolve. This I have always run on a MacPro but at the moment it feels like — apart from the MacBook Pro — Apple has forgotten the professional user; you are not going to buy a MacPro knowing it will be moving to a new processor architecture in the future, the iMac Pro has gone, and while the Mac Studio I am sure is very capable,  it offers no way to upgrade the parts or run some of the applications I need to run in this new production world.

Running Resolve on my Renderboxes I can edit up to 8 x 6K RAW channels real time with almost realtime noise reduction, the only thing missing in the PC version was QuickTime. I got around this setting up a watch folder in Media Encoder that converts my outputs to QuickTime. Resolve outside of that works exactly the same as a Mac, but I also have multiple ways to configure the computer especially with input and output devices. Tl;dr I am not going back to Mac.

All of which meant I was keen to try the latest version of NVIDIA’s cards, I had a RTX 3080 which came with one of my machines. Although a great gaming card I swapped it out for an A6000; in my opinion the 3080 didn’t have what I needed to run some of my Unreal projects at the time.

To test the new NVIDIA GeForce RTX 4080, Renderboxes sent me their latest machine, the Atom (below: I have the big brother and use it every day). The new machine has been designed around the latest cards, which are big and tend to need 3 slots apiece, and this has all been taken into account in the design. It’s a great machine with a military build quality. 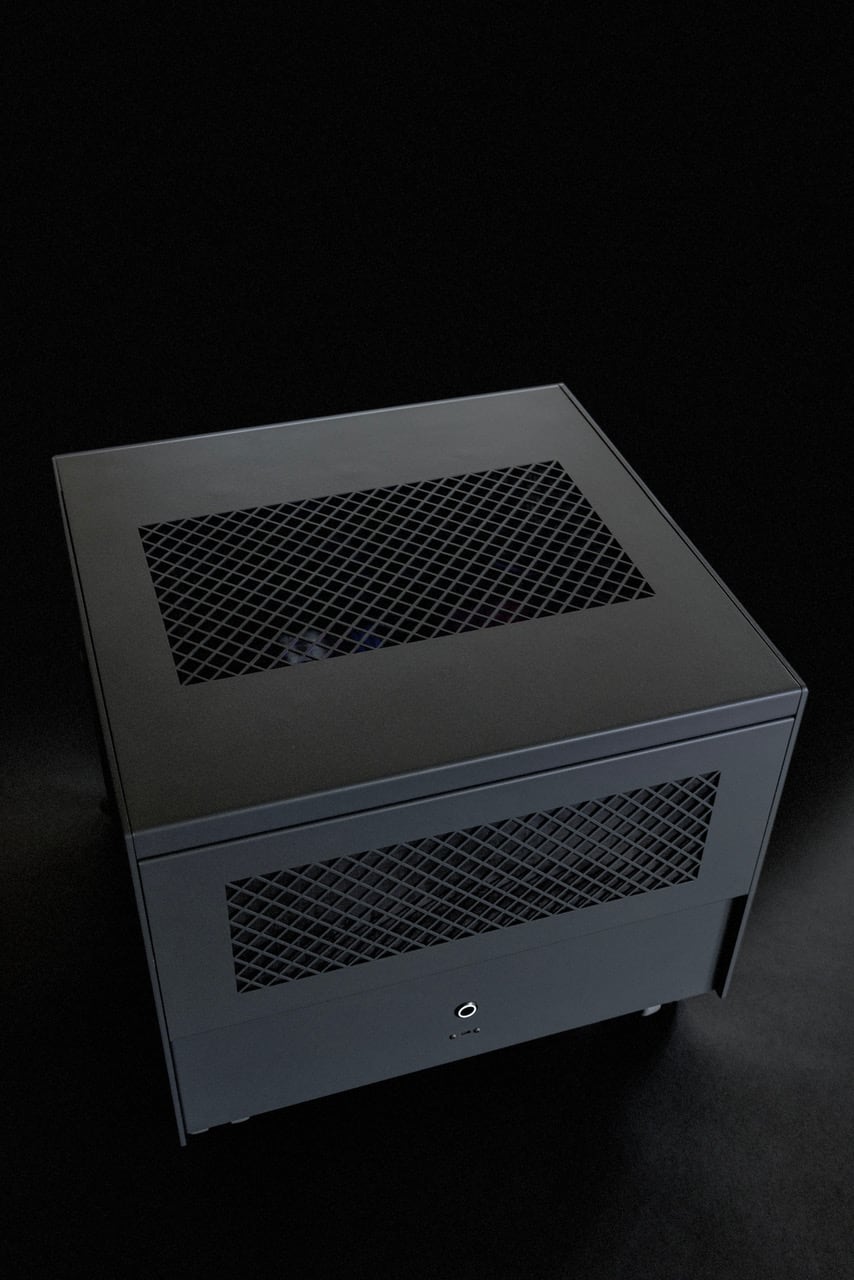 When it comes to testing the NVIDIA GeForce RTX 4080, there are loads of videos online with people showing coloured bars as comparisons and talking about specs that, to be honest, I’m not sure I understand. I just wanted to see how this card worked under real projects and being pushed hard.

The first thing I did was play Microsoft Flight Sim just to see what it was made of. And yes this card was fast; the game loaded quicker than my A6000 cards, the graphics and frame rate were superb, and the path tracing image out of the cockpit window looked real. I can confirm those fancy speed graphs on YouTube are accurate!

In each case the projects loaded and rendered quicker than my A6000 cards (though obviously I could not load projects as large as my A6000 with the 16GB memory of the RTX 4080). In Omniverse the path tracing was very quick, As I said this is something Omniverse excels at, with path tracing being not only the direction of the light being calculated, but also how it reacts when it hits an object and then the effect it has on objects around it.

On a recent project inside of Omniverse an orange car was being hit with generated sunlight, the path tracing then also effected the road it was driving up with the bounced light of the orange paintwork onto the road.

In Unreal Engine 5 and Omniverse you could also take advantage of the DLSS3 technology in the card, this uses AI to generate entirely new frames to speed up framerate and illuminating the CPU bottle neck. Framerate in both pieces of software performed extremely well.

When the card was then used in DaVinci Resolve with an external Thunderbolt 3 Symply Spark Raid the software flew, I was editing RAW files without any problem, real time, using multiple effects, GPU intensive plug ins like Neat video also had impressive times. The NVIDIA Ada Lovelace Architecture includes dual AV1 encoders and this makes a big difference to some apps, such as when editing RAW in Resolve.

This card will give you a professional edit and grading suite, with the ability to venture into the new world of virtual production at a processing speed and price point you could not have done before. My A6000 cards were £5000 each. This card outperforms them in sheer speed, so at a starting price of £1269 a bargain.

The design of the card with its 3 display ports and 1 HDMI port means you can run any configuration you like, I was running 3840 x 2160 on both monitors in 10-bit full dynamic range.

Because of the card design its also fits neatly into a home office environment which is how I work. Try sitting in a room when 8x A6000 cards spin up to max and you’ll see what I mean.

During my short testing time I found things ran stable without any heat issues. When pushing cards to the limits this is very important; if a card runs to hot it gets throttled and I did not see any of that.

I would recommend this card; for its processing power and the way it handles professional applications it offers great value for money.