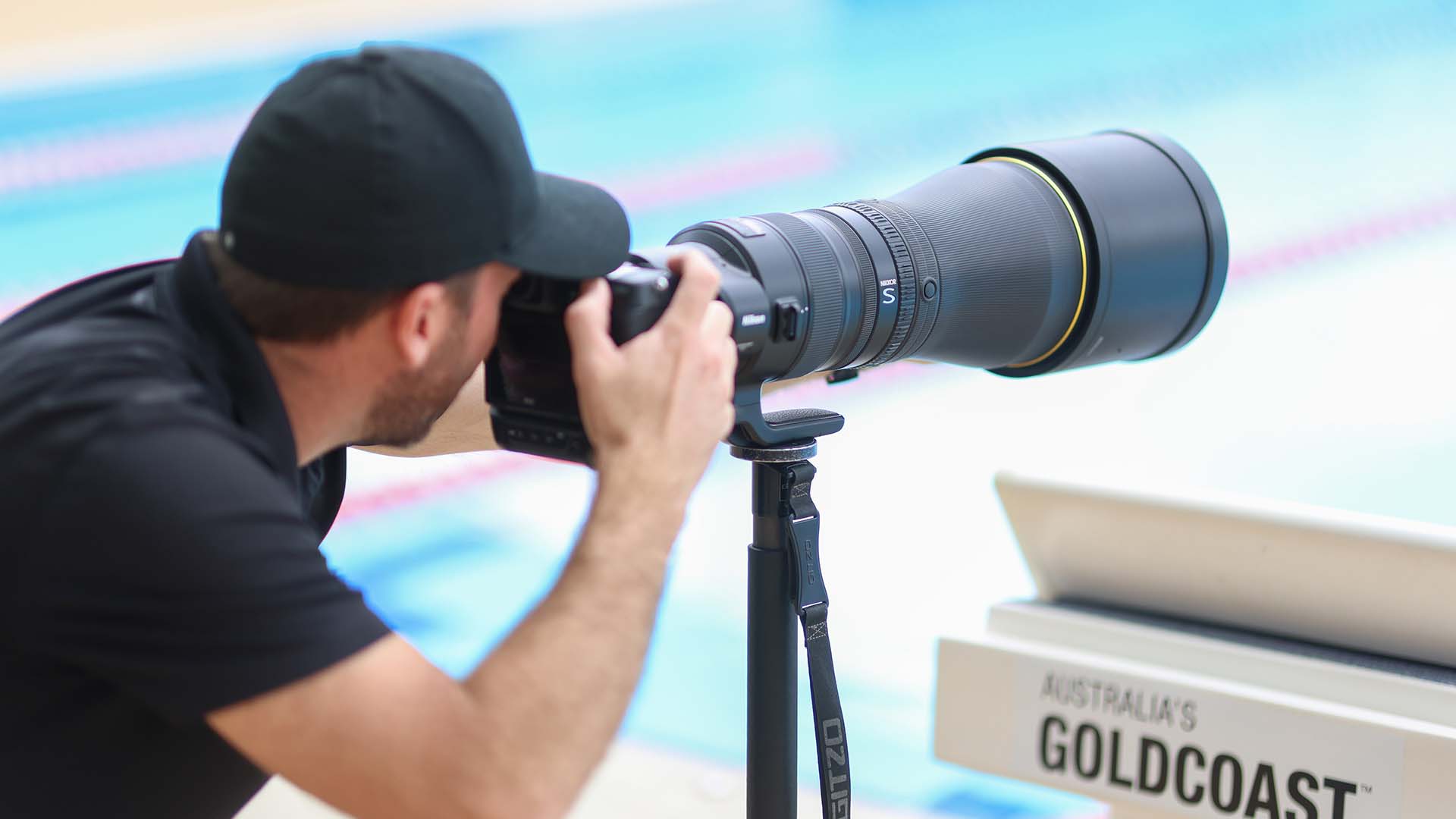 Nikon's Z Mount continues to be fed new glass with the announcement of the Nikkor Z 600mm f/4 TC VR S prime lens. One of the areas that most of the newer shallow flange mounts lack is a good choice of super-telephoto glass. The L Mount is notoriously lacking in any sort of long telephoto choice, so it's good to see Nikon catering to this segment of the market.

The new lens has been designed to deliver high end performance, even when the built in 1.4x extender is engaged. We've been told that the quality using the extender, which turns the lens into an 840mm f/5.6, is so good that you'll barely notice any degradation in image quality. As well you'd expect, given that the new glass is priced at £15,499 (€17,999).

The price places it firmly in the professional arena, with dedicated, successful wildlife and sports photographers. Alternatively, if your pockets aren't that deep, it could be used as a rental hire.

Autofocus is taken care of with Nikon's Silky Swift voice coil motor, and an optical ABS encoder, which communicates the lens position with complete precision to the camera body. A vibration reduction system gives claimed 5-stop advantage, with a 5.5-stop advantage when it is used with a camera that supports Synchro VR.

Incredibly, despite its focal length and overall size, it has been designed to be as light weight as possible at 3,260g, and in such a way that its centre of gravity is in the middle of the tripod foot, rather than being awkwardly front heavy.

An example shot taken with the lens.

The front element has been treated with an anti-reflective Meso Amorphous Coat to combat ghosting and flaring, as well as a protective fluorite coat that gives good hydrophobic qualities, making it suitable for use in some of the nastiest, wettest conditions.

As part of Nikon's embrace of video as a significant part of its mirrorless lineup, it has announced a new handgrip that can be mounted to equipment via an industry standard Arri rosette fitting. 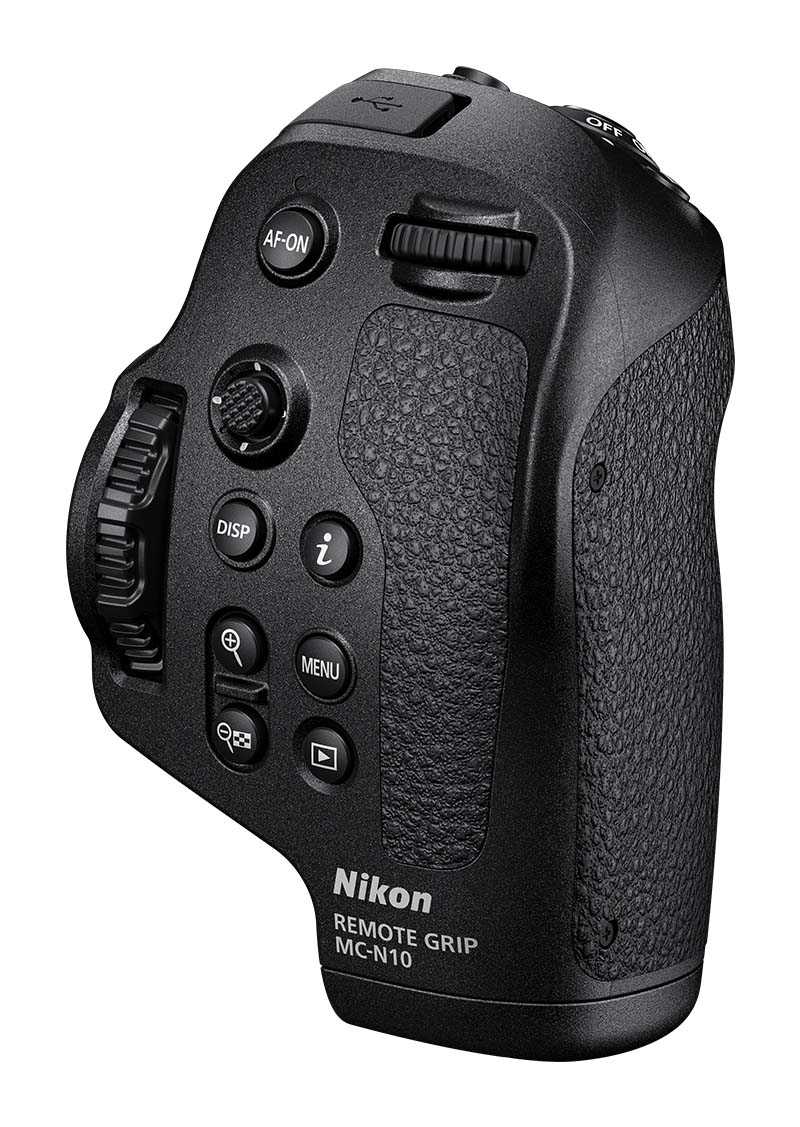 The grip can be used on cages, such as those designed by SmallRig, gimbals, tripod handles, anywhere where it may be more convenient not to have to reach over to the camera's own record button.

The device runs off two AA batteries, and gives a claimed operation time of 12hrs continuous use. Nikon says that the grip is fully weather proof, although it connects to the camera via a USB lead, so care might need to be taken if the weather really does take a turn for the worst. 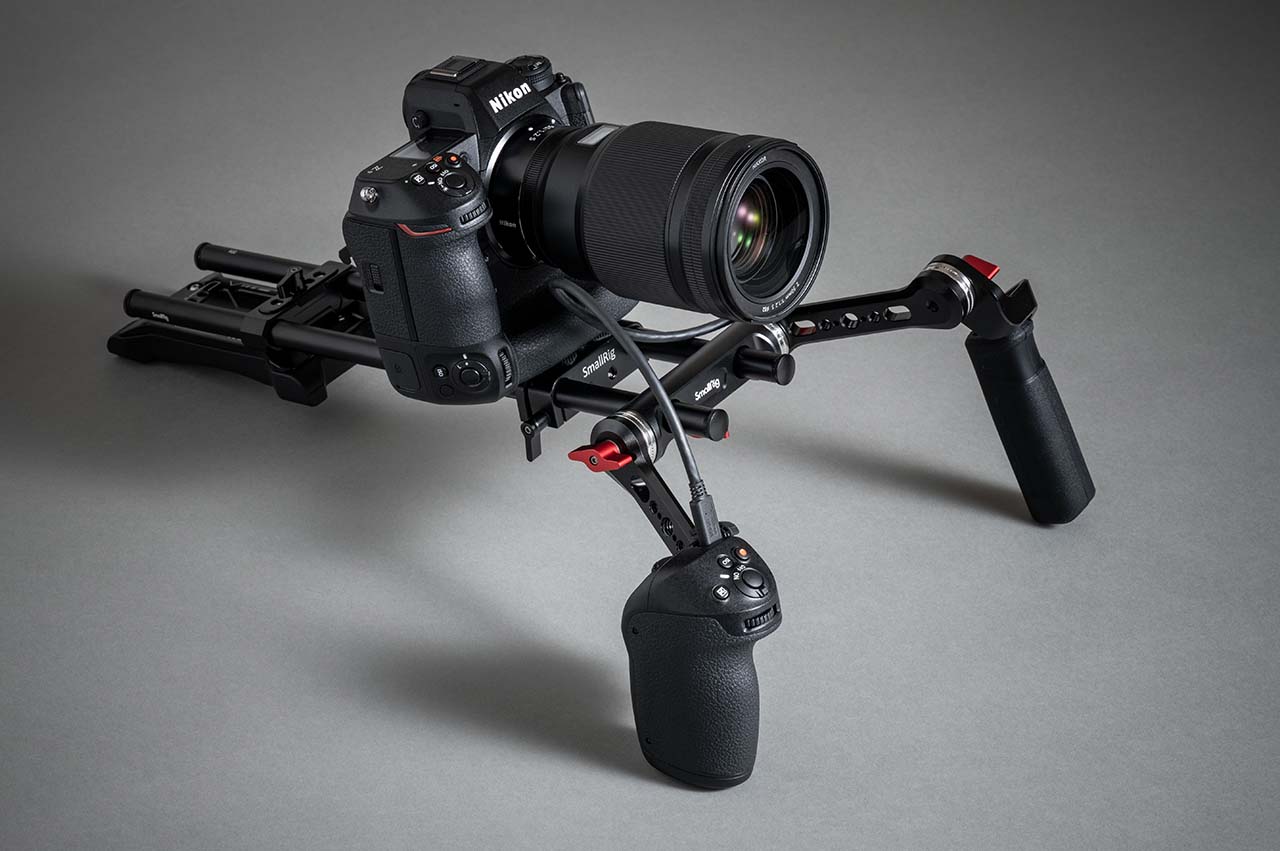 The grip has been designed to mimic the control layout of the Z range of cameras. Menus can be controlled, as can ISO and shutter speed etc. It's effectively like chopping off the right hand side of the camera and bringing it closer to hand. The ability to control and adjust much more than just a record button could make it a useful accessory for those who record a lot of video with their Nikon mirrorless cameras.