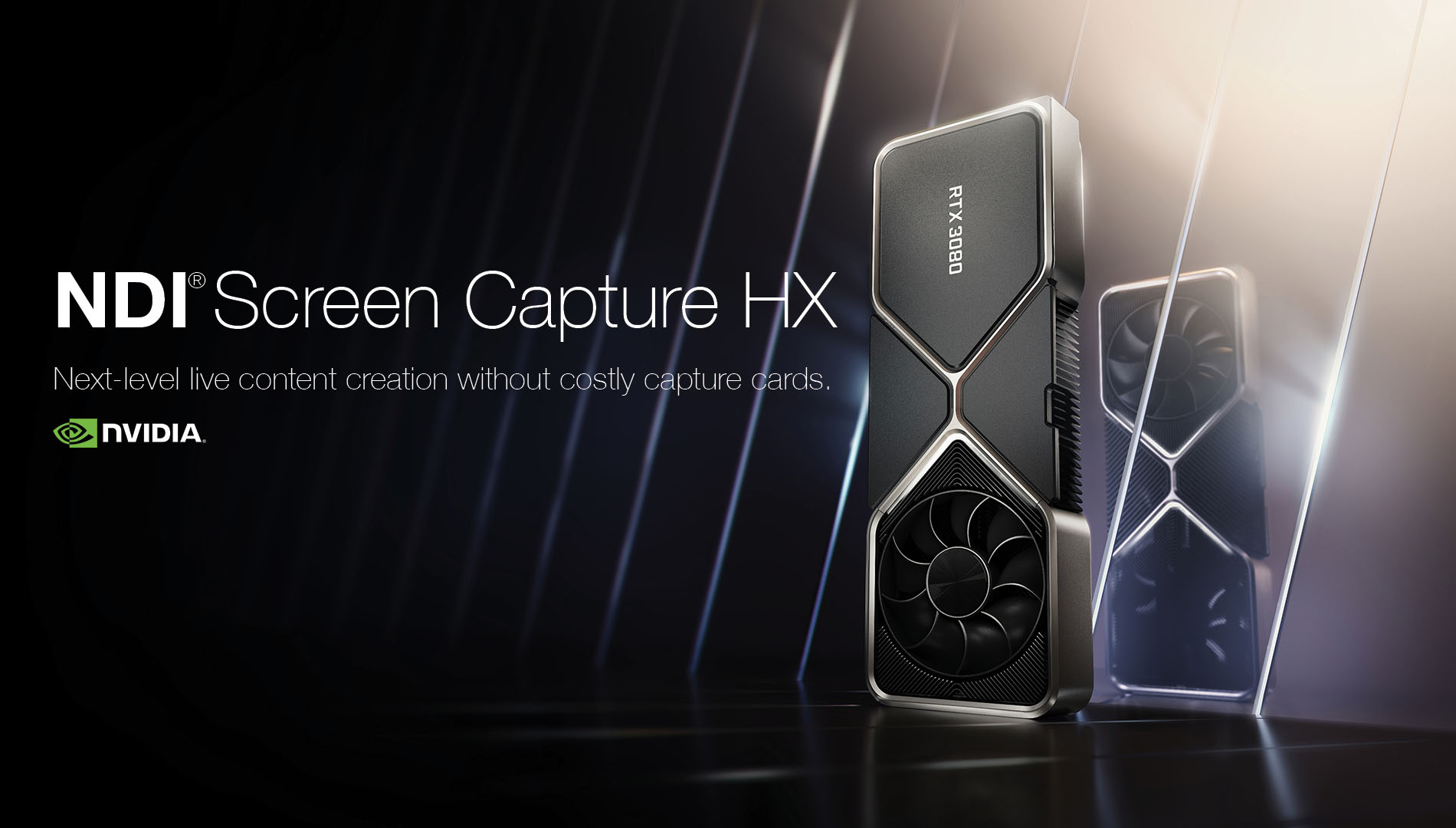 NDI (part of Vizrt Group) and NewTek have teamed up for the Screen Capture HX app, which is fully optimized for NVIDIA GPUs. It's great for working with live-streaming of video and gaming. It also eliminates having to rely on a computer's CPU, as the NVIDA GPU does the heavy lifting.

With the new NDI Screen Capture HX app, video capture and delivery over IP can handle 4K and 120 Hz — and beyond — without breaking a sweat. It also eliminates the need for video capture cards, and works great with software like XSplit, OBS Studio, TriCaster, and more.

Normally when handling live video over IP, especially at 4K, both the CPU and GPU kick into overdrive, which then triggers the fans to start to fight the heat generation. The NDI Screen Capture HX app works great with PCs running NVIDIA GPUs, which handle everything, giving the CPUs a rest (so to speak) for real-time streaming with low latency, and no compromises, including wirelessly. You can even choose the video bitrate.

In addition, Hardware acceleration handles screen capture, video compression, and color conversion. There is also full remote control of another computer, including keyboard, mouse, etc., via a KVM solution.

There are plenty of applications where live, high resolution video and pristine audio are needed, including gamers broadcasting to the world, live streaming (conferences, workshops, etc.), and much more.

To use the new NDI Screen Capture HX app, you'll need a computer running an NVIDIA GPU and the latest NDI Tools, which can be downloaded here. Learn more about it at NDI.tv.