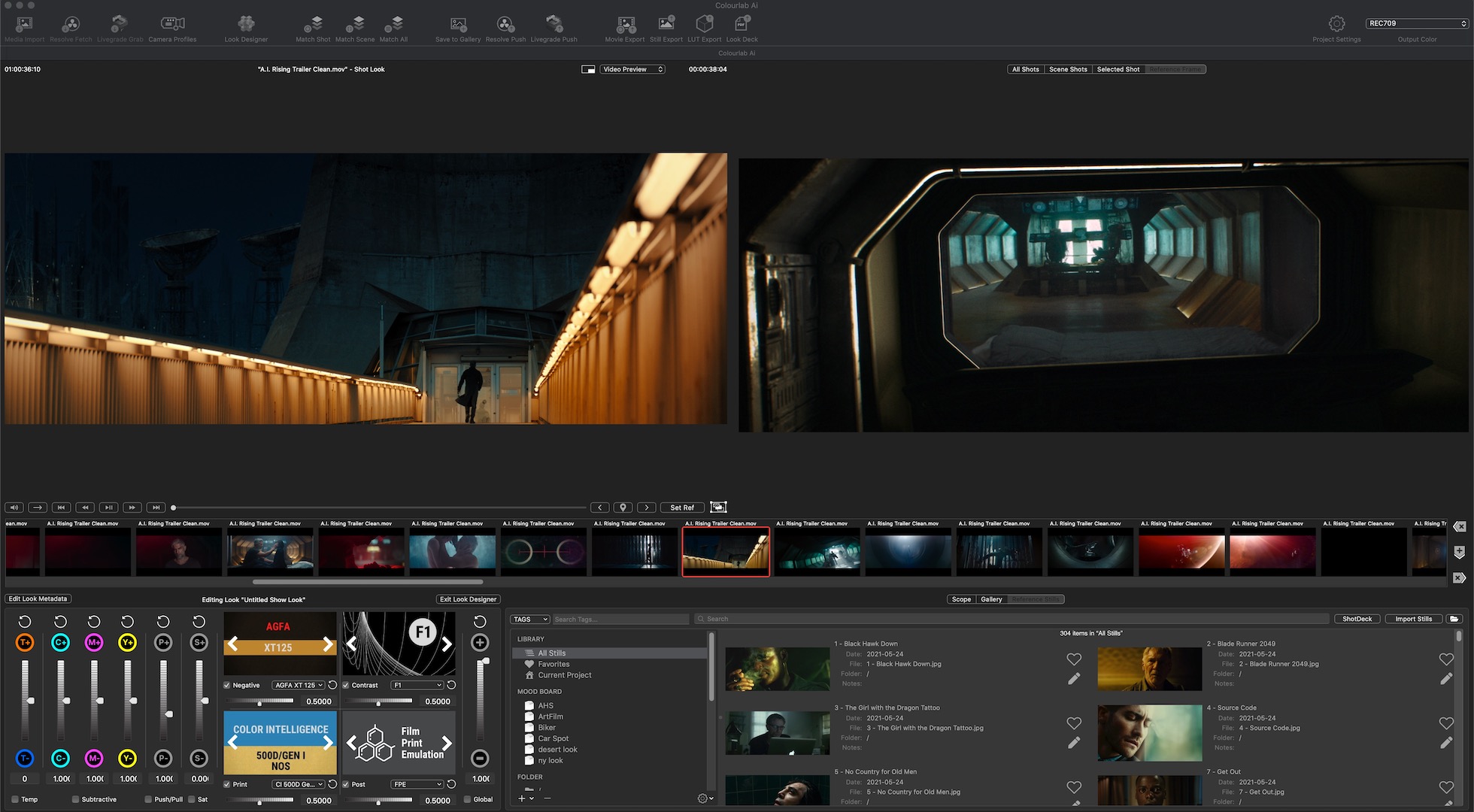 Color Intelligence’s Look Designer 2 is being deployed on tentpole games titles to amp up the filmic nature of realtime games engine graphics.

As games become more filmic — and make no mistake, the latest versions of games engines such as Unreal and Unity are capable of astonishing levels of fidelity — so the tools that contribute to them do as well.

AI-based image and colour specialist Color Intelligence is starting to make a name for itself in precisely this crossover space and has just rolled out some interesting new features on its 2.4 point release.

Look Designer is a plug-in for DaVinci Resolve, integrated in Colourlab AI, and has been written to emulate the traditional processes associated with film from acquisition to printing. Rather than relying on a simple Film Emulation LUT, it uses what the company describes as custom Subtractive Color CMY processing tools that mirror the way colour processing works with film emulsions to get its results. It’s building an impressive client roster as it does so too, including broadcasters such as Disney and HBO, and increasingly games companies such as Activision Blizzard and Electronic Arts.

New features in v2.4 include:

Quite what the titles are that it’s being deployed on the company is being coy about and, as can be seen from the features list above, the latest release is also very much targeted into the more typical colour grading space as well. But company CEO, Dado Valentic, talks earnestly about the increasing cross-over the company is seeing between cinematic storytelling and interactive gameplay, so expect to see ever more filmic looks — even weave — coming to a next gen title near you soon.