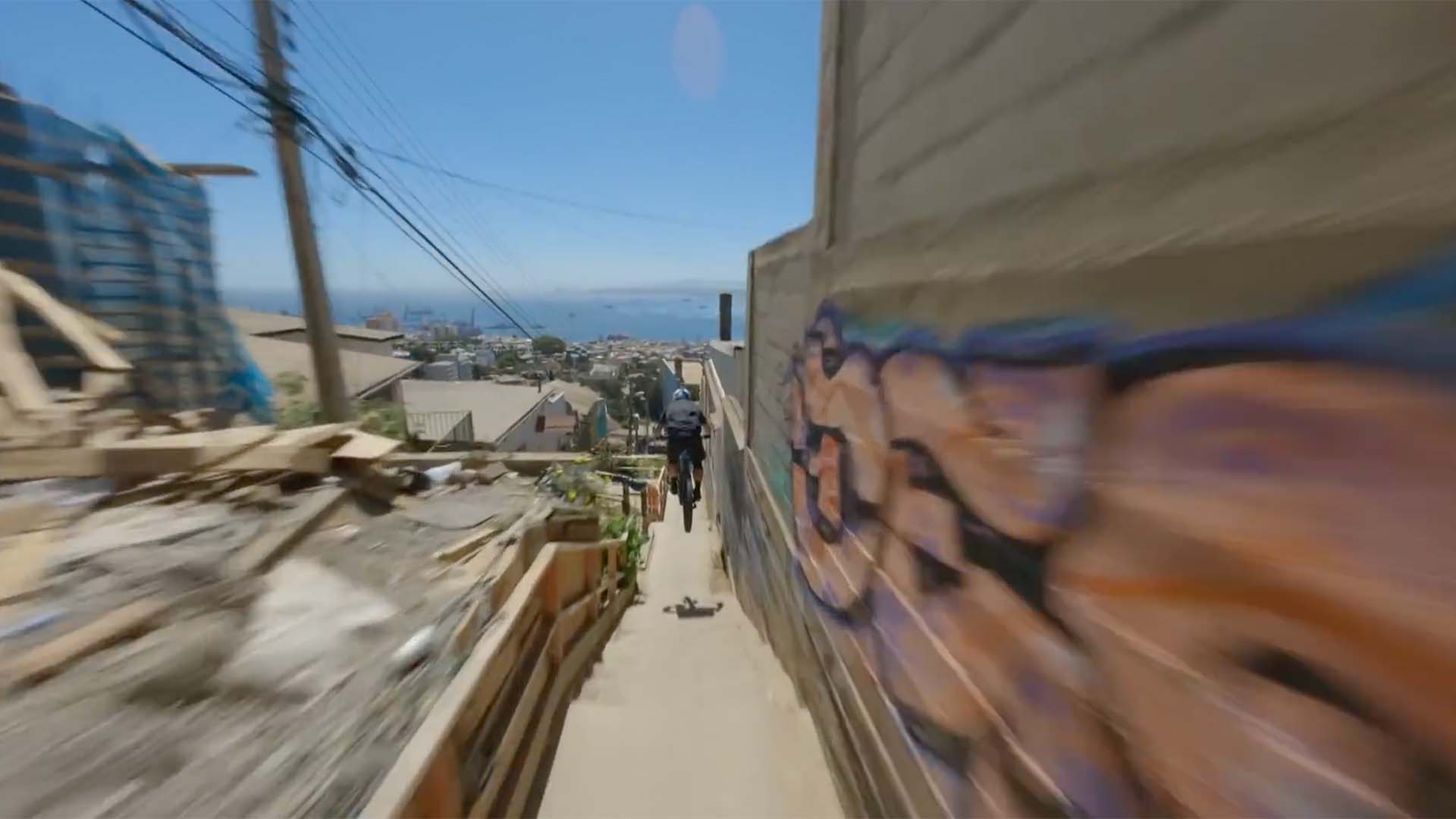 1 minute read
This FPV shot is most definitely one of the most accomplished we've seen yet.

This FPV shot, created by Red Bull with the Dutch Drone Gods, which follows Tomas Slavik racing the Red Bull Valparaiso Cerro Abajo this year is epic in its scope.

FPV drones are most certainly gaining in popularity, with some incredibly dynamic shots being possible. There is the, ahem, questionable aspect of legality in some cases, but since we are not familiar with the local drone laws at the location in question, we'll pass comment. Suffice to say that the result is worth taking the time to watch.

The video below shows everything that went into planning the shot, which took place at the Valparaiso Cerro Adajo race in Chile, and the problems that had to be overcome, including the rather small problem of signal dropout. The team solved this by using signal boosters mounted throughout the course, and even one attached to another drone.

Wind cause issues with both the drones and the FPV video signal, and multiple practice sessions resulted in repeated crashes. Even the first live run, which featured some incredible flying skills had the drone hitting a ceiling at one point, resulting in the flight needing to be performed again.

The result is, frankly, an incredible display of flying skills, and the final video is given the final flourish with some nice sound design, and ultra smooth stabilisation courtesy of the GoPro HERO10, which we imagine has been used with ReelSteady. We know FPV can come under some criticism for being all the same, but we think the video below deserves recognition as something different, and very well accomplished.