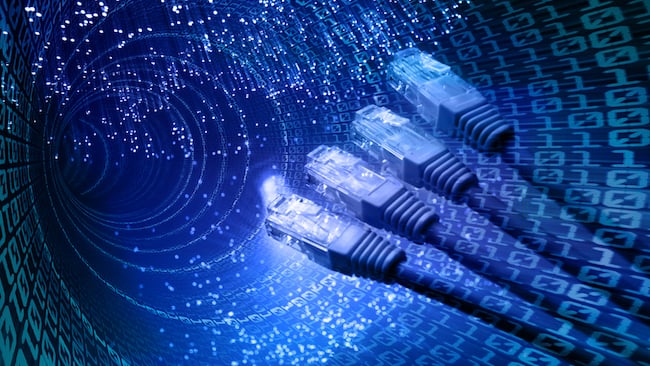 Will a lack of standards delay the move towards IP?

This IBC was always going to be about IP but it’s clear that there is an imperative among manufacturers to not just say that they are open but to actually prove it. That’s because interoperability, or lack of it, is arguably the main sticking point putting the brakes on broadcaster investment.

“Many media companies have been slow to take action due to concerns about making false starts or squandering investments,” summed up Charlie Vogt who runs Imagine Communications, at the IBC Conference.

According to the IABM in a survey released in Amsterdam, a whopping 85% of media organisations - customers of kit manufacturers -  said it was vital that suppliers provide them with product “that fits together like a well oiled machine,” in the words of IABM CEO, Peter White.

Yet more than 90% of them also indicate they will adopt cloud technology in 2-3 years - or are already doing do.

“The transition is massive and it’s as much a cultural as a business thing,” said White. “This is changing the face of this industry. We are going to have to work together. We need to agree standards.”

Alarmingly, nearly 60% of those surveyed expressed a lack of familiarity with any or all of the various interoperability initiatives the industry has produced. “Clearly there’s some work to do there,” noted White.

“As an industry we’ve not done ourselves any favours,” observed Chris Exelby, managing director, TSL. “Maybe it was hyped up far too early. A lot of broadcasters are concerned that not all the pieces of the jigsaw are available and are terrified of making a wrong purchase decision. As an industry we have to move quickly to form standards that we can all coalese around and build product around. The hype is over and we all have to deliver.”

For its part TSL has made its Tallyman control platform IP-ready but says it needs other manufacturers to integrate it with standards based IP “otherwise all that product work will be in vain.”

Elisabetta Romano, Ericsson’s VP head of TV & media noted how TV and openness have not always gone hand in hand. “While TV has traditionally operated in a closed environment, openness and collaboration are fundamental ingredients to succeed now. We want to really create a collaboration model where every player can participate at what they are best at.”

The integration of the Ericsson’s MediaFirst platform with the RDK is one example of this. “That’s very important for us and we want to actively contribute to RDK,” she added.

Sony was at pains to stress its open systems approach having perhaps unfairly been perceived as ploughing a proprietary route to IP until now.

“There is still a lot of confusion as to Sony's position on the subject," said Olivier Bovis, Sony sales director Europe & head of media solutions. "We led the industry with the Networked Media Initiative (NMI—Sony's IP based format) which was an encapsulation of different technologies. We have incorporated standards like AES67 and SMPTE 2022-6 and we will add TR0-3 as soon as that is ratified as standard. We have a very open approach, that is fundamental to understand. We are not an isolated corner."

Perhaps one persisting issue is the number of overlapping routes to IP, each billing themselves as open and each to agree endorsing one or more standards ratified by bodies like SMPTE.

AIMS (Alliance for IP Media Solutions) is by one count the leader, boasting at least 50 members - among them Sony, Evertz and endorsed just before IBC by the IABM.

AIMS also has the endorsement of IBC which has set up a showcase at IBC in the form of the Interoperability Zone. This is a live demonstration of how multiple manufacturers can come together and design IP-product for a live production.

Evertz meanwhile is participating in a number of IP interoperability demonstrations of its own Software Defined Video Networking solution which adheres to its ASPEN MPEG-based IP framework.  It claims over 80 global deployments of SDVN and adds “with the maturity and footprint of SDVN, Evertz has made IP available here and now.”

Then there’s NewTek, lone wolf in the vendor ecosystem, with its own path to IP called Network Device Interface. NewTek says the NDI SDK has been downloaded more than a thousand times with “hundreds of companies integrating NDI into their commercial products, with full interoperability between all products guaranteed.”

IP in the real world

Still, there are some IP deployments underway, mainly because broadcaster CTOs seem to understand the financial savings IP brings.

“Traditionally our industry is about selling expensive black boxes on premises but that capex model appears broken,” said John Ive, IABM director of technology and insight. “We are now moving toward a revenue-based model based on opex.”

In other words media organisations are being encouraged to rent or subscribe to services  - playout for example - running ‘virtually’ in a data centre.

Ericsson - owner of playout service provider Red Bee - has in fact signed up UKTV for the country’s first virtualised live event broadcast. The product, known as Virtualized Live Playout service, is intended to solve “delivery of a cost effective and flexible solution to support UKTV’s live broadcast ambitions,” according to UKTV director of technology and operations Sinead Greenaway.

“This offers a managed service rental for live capability and channel capability as and when we require it,” she added. “Most playout renewals in the coming decade will see a transition towards virtual and cloud. In the short term [it enables] our ambition to further growth in broadcasting hours and in particular sports such as boxing.”

“Instead of driving out trucks to a site and putting down cables this approach dramatically cuts customer costs and augments speed,” outlined Michael Harrit, marketing director, Sony Europe.

Although Sony calls this a pilot, it is the customer not the tech it is testing. “The technology works,” says Harrit. “The discussions we are having are around how much customers are willing to pay for this service.”

Imagine’s Vogt was typically bullish declaring, “There is no longer any doubt that a well-architected IP-based production facility is able to provide the same robustness, reliability, and performance as traditional SDI-based infrastructures. Uncertainty over the interoperability of IP-based equipment, for example, is nearly an artifact of the past."

The mood music at IBC is that inter-manufacturer collaboration on IP needs to happen much more quickly and with far greater clarity than before.