The new firmware that has been announced for the ONE R gives the camera some impressive new capabilities, including higher bitrates. 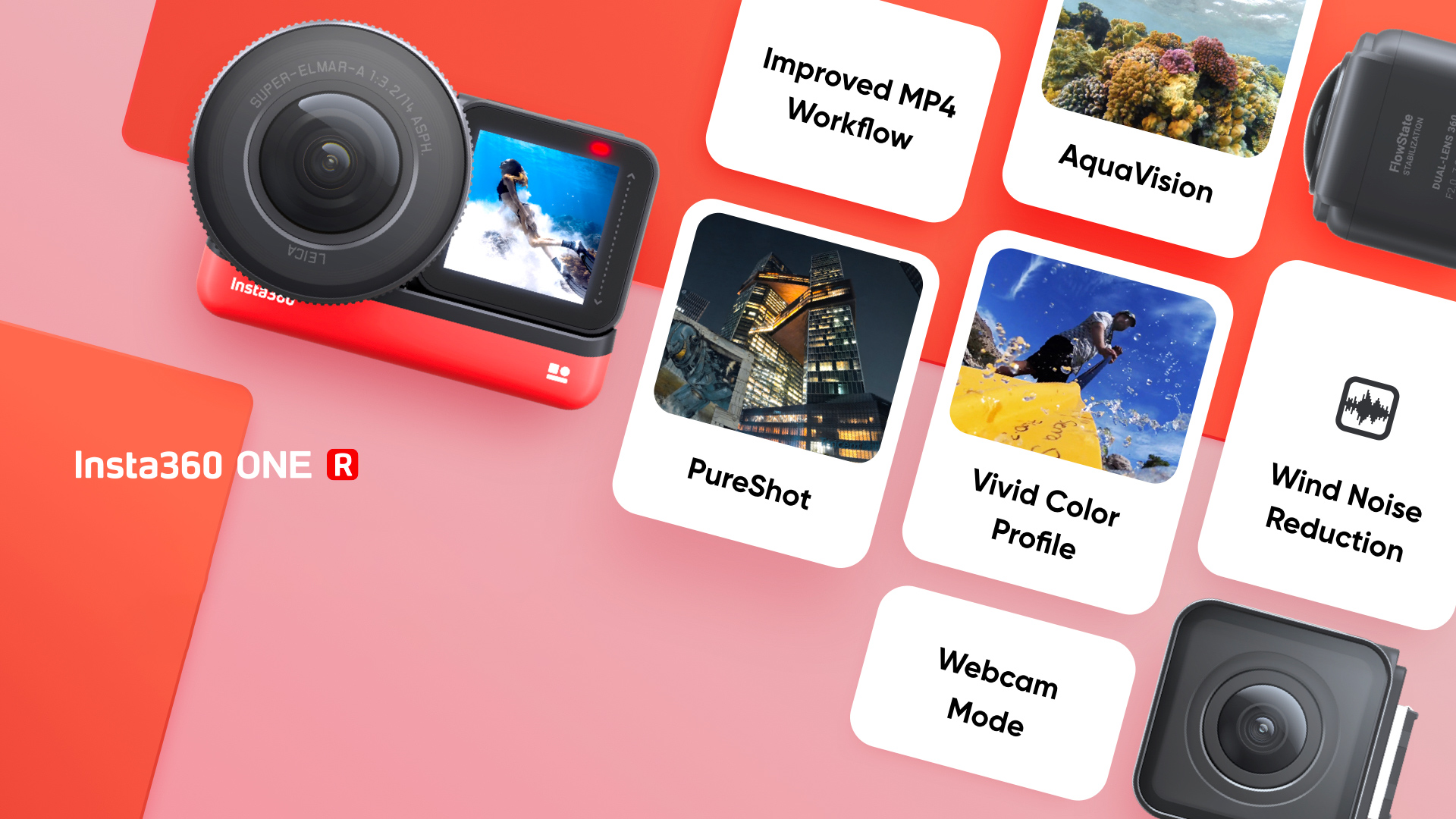 The Insta360 ONE R is possibly the most innovative action camera on the market. With its modular design it has won fans over with its ability to morph into multiple camera types. But the company is always active developing the capabilities of the camera further, and this new firmware update is the biggest one yet.

New features for the ONE R

The new capabilities of the camera are as follows:-

PureShot is an additional photo mode that creates great looking, vibrant images with minimal noise right in the camera without the need for additional processing. Previously you would need to use the Insta360 app to combine multiple exposures for an HDR image. This new mode does it in camera along with a few other processing tricks to make the image look as good as possible.

This is a big one, and it’s something I found would be useful when I first reviewed the camera. The company hasn’t stated the precise bitrate, but I would presume over 100mbps. The 1-inch Edition currently hits around 100mbps, so here’s hoping it gets a decent boost from that since compression issues could show up on complex shots previously.

There’s also an all new default colour profile, making things look more vibrant. Users can still opt to use log or the original natural profile if they wish.

More people than ever are wanting better alternatives to their built in webcams, so now the ONE R can be used for this purpose. But it doesn’t just do the basics. The webcam capability of the ONE R goes one step further with the 4K mod, detecting how many subjects are in the frame and automatically adjusting the zoom level accordingly. When you’ve got 4K of resolution to play with, this could be quite effective!

Additionally if you are using the 360 Dual Len Mod you can opt to show the front and rear facing perspectives simultaneously via a split screen mode.

AquaVision has been add to the Insta360 app, and it uses AI to correct and balance footage that has been taken underwater, accounting for the lack of reds.

Insta360 has further improved the audio on the camera by making improvements to the wind reduction filtering. It has also added the ability to respond to voice commands using AirPods.

You can now stream live in 360. This sounds like a pretty neat addition giving some interesting new possibilities. The audience can control the view, or alternatively the streamer can use live reframing, effectively turning your ONE R into a virtual moving camera. The system supports streaming to YouTube, Facebook, or via RTMP URL.

ONE R users rejoice! The default file type for the 4K Wide Angle Mod and 1-inch Mod is now MP4. This means that users no longer have to import the footage into the Insta360 desktop app for transcoding. Footage can be dropped straight into your NLE’s timeline. You can use either Basic or Pro (Flowstate) stabilisation, although FlowState will still need processing by the desktop app in order for it to be applied. The company has also released a new FCP X plugin to help streamline things.

There’s actually more coming as well, including new AI Shot Lab templates and improved low light stabilisation. Watch the video below to see the new features in action, and if you are a ONE R owner, go to Insta360’s website to download the updates.