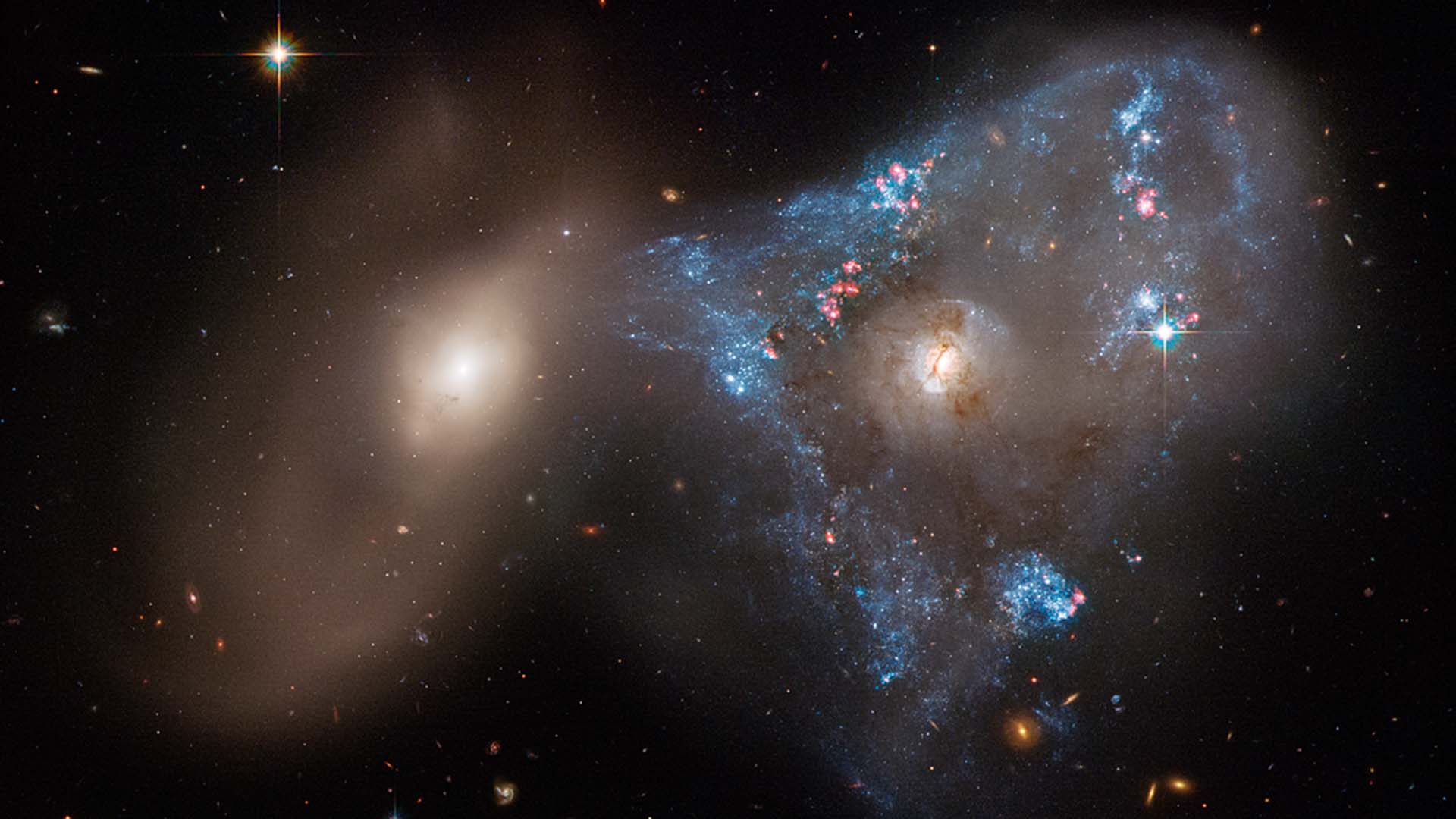 The world might well appear to be on the edge of a precipice right now, so here's something to take your mind off things for a short while at least.

Recently the Hubble Telescope captured a collision between two galaxies, creating a 'space triangle'. According to NASA, the two galaxies, NGC 2445 and NGC 2444, are engaged in a kind of cosmic tug of war, with NGC 2444 seemingly winning the battle. This has result in the creation of new stars as 2444's gravity pulls gasses from 2445, which can be seen in the right-hand side of the image.

Julianne Dalcanton of the Flatiron Institute’s Center for Computational Astrophysics in New York and the University of Washington in Seattle said, "...what’s weird about this system is that it’s a triangle of star formation. Part of the reason for that shape is that these galaxies are still so close to each other and NGC 2444 is still holding on to the other galaxy gravitationally. NGC 2444 may also have an invisible hot halo of gas that could help to pull NGC 2445’s gas away from its nucleus. So they’re not completely free of each other yet, and their unusual interaction is distorting the ring into this triangle.”

With the recent launch of the James Webb Space Telescope it's easy to forget that Hubble is still performing important, and incredible work, and scientists expect it to continue working until at least 2026, and very likely into the 2030s. Whilst the James Webb Space Telescope is often portrayed as Hubble's successor there are crucial differences between the two. Whilst Hubble sees things in visible and ultraviolet wavelengths, the James Webb system primarily focusses on the infrared spectrum, hence why it needs to be situated deeper into space to avoid interference in the data from its proximity to Earth.

A true successor to Hubble might arrive in the form of a proposed system from NASA called the Large Ultraviolet Optical Infrared Surveyor space telescope, which would be able to observe in multiple wavelengths. However such a system is a long way off becoming a reality at present, possibly in the 2040s. Assuming we are not all nuclear dust by then...