How do you produce and edit a prime time TV show during a Lockdown? 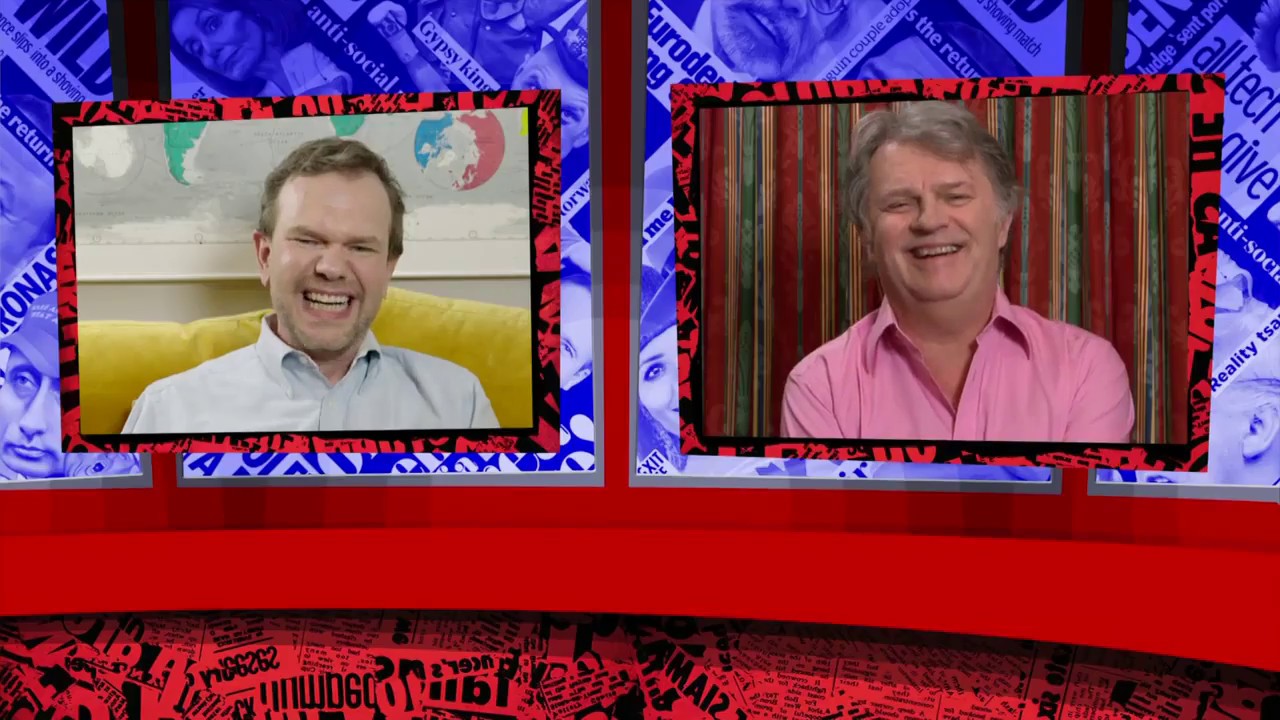 Have I Got News For You during lockdown.

This is a fascinating insight into how popular UK TV show Have I Got News For You was produced during lockdown using FCP X and an iMac Pro.

This is what a satirical panel show looks like during lockdown. Image: BBC.

The world was turned on its head this year with lockdowns across the world. Not surprisingly this affected television production in a big way. But it didn’t deter the producers of Have I Got News For You (HIGNFY), a highly popular satirical panel show on UK television.

Traditionally the show takes place in a studio, with two teams headed up by Private Eye editor Ian Hislop and comedian Paul Merton scoring as many points as they can answering questions about the week’s events. On the face of it, it doesn’t sound like anything special to anyone outside of the UK. But over the years the show has presented a very cutting take on the politicians and celebrities of the day. One could argue that the show allows the BBC, normally bound by impartiality, to let its hair down and say what it really thinks through the medium of satirical comedy.

So popular is the show that it is practically an institution. So when lockdown hit the producers were left with a very tricky problem. How can the show be kept going?

Finding a solution was put into the hands of editor Paul Branch, who came up with the idea of using Zoom and then superimposing the images of the panel onto a virtual graphic version of the show’s normal studio. Paul has written about the process he used in great detail on fcp.co.

After a few tests Paul found that the core idea worked, but that using Zoom itself for the recording would not suffice. After all, any connection losses would be problematic to sort out and could ruin a day’s recording. Not to mention the issues of audio delays and picture breakups.

Paul wrote on fcp.co “An SDI feed was transmitted to the machine room at the company base and these feeds were combined into a five-way split. This was then broadcast back to each participant via a low latency feed so they could see themselves and everyone else during the show.”

The full article is full of technical detail outlining his full day by day workflow for a single episode of the series, as well as how he overcame issues. Not only is it fascinating for how creative thinking allowed the TV show to thrive during the lockdown, but it also gives a good insight into workflow organisation and how network television operates.

Head on over to fcp.co to read the full article. You might want to brew a drink beforehand as it is quite long, but it is full of information you might not find anywhere else.