Here's a few things video can learn from stills photography 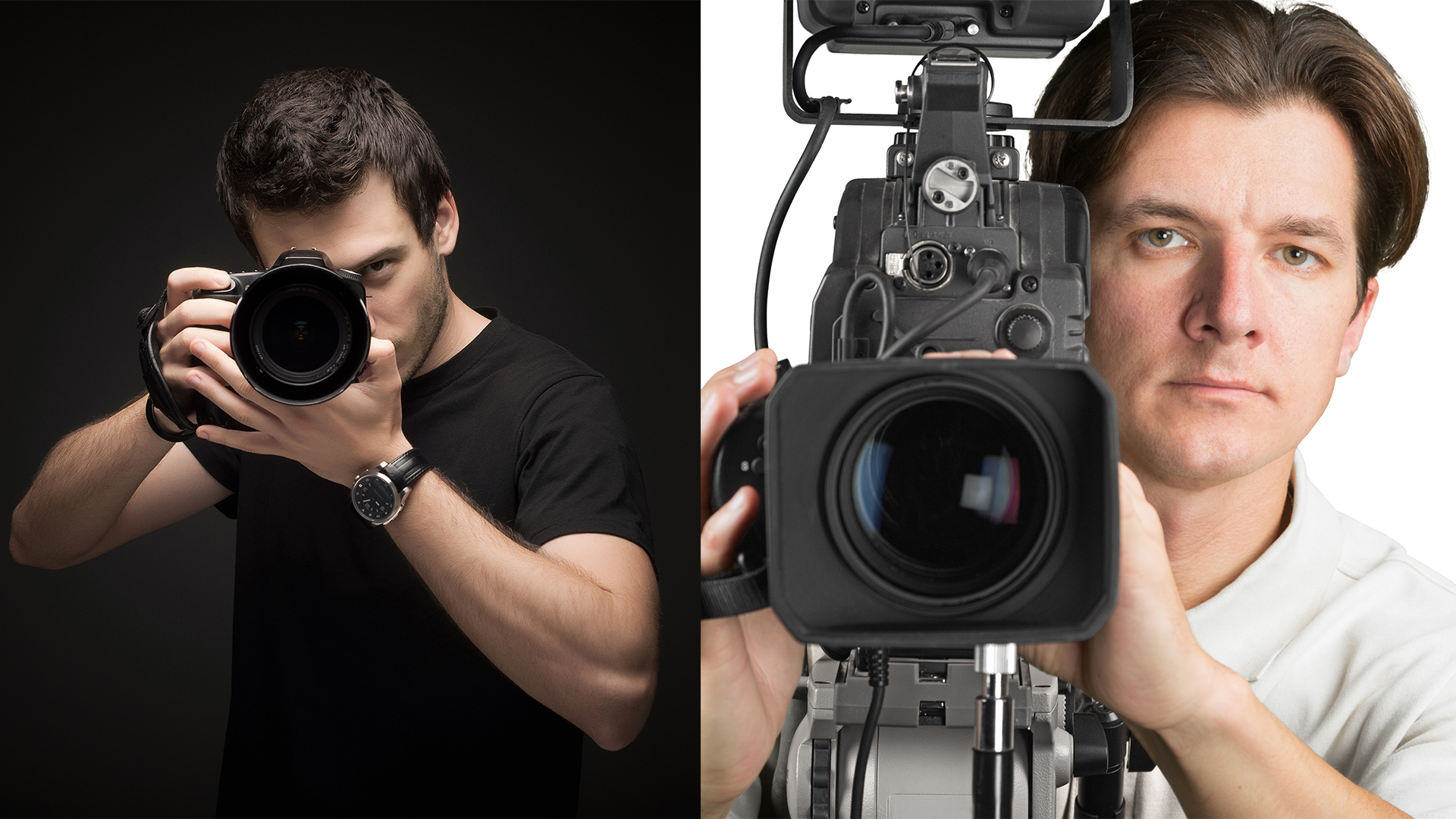 The panning shot – Make a ‘still shot’ of it

We all know what panning shots are in video but next time you have to execute one I’d like you to stop and think about the following points before hitting the record button. Good panning shots are treated as a series of stills so the first frame of the clip should have interesting/intriguing subject matter, while the final frame (the end of the pan) of the clip should make a stills photo in its own right. If, in postproduction, you can’t save that final frame as a still image and print it out and hang it on your wall the chances are the panning shot was not well thought out. As for all those stills in-between the first and last frame of the clip, these are far less important, as long as you don’t pan too fast for your given frame rate to cause judder you’re good to go.

I see this mistake time and again, not only in stills photographs, but also in video, especially interviews where the interviewee has no idea what to do with their hands so they interlock all their fingers and plonk them either on the desk or in their lap, where they sit, looking like a big bunch of sausages. This is not flattering or elegant, not for men or women. I’ve often seen corporate photos of an MD sitting at his/her desk with all the fingers from both hands interlocked in this way, yielding that bunch-of-sausages look. When filming people in interview situations pay particular attention to their hands, many video producers, and photographers, forget about this and quite often the hands look awkward. It’s always best to have one hand gracefully placed over the other, or with the fingers ‘stepping’ evenly if a hand is resting on/under the chin, for example.

This is another common mistake, where the cameraman (or photographer) cuts the subject off at a natural joint such as: wrist, elbow, knee or ankle, and worse of all, neck. Whatever you do, avoid amputating your talent. Cropping an interviewee off at a natural joint will result in an image that just looks awkward. Instead, crop people off between natural joints such as half way between the elbow and shoulder or half way between the knee and hip, which will yield a more pleasing and professional result.

Distracting backgrounds – What’s That Growing Out Of My Head?

This is an obvious one, but I still see it time and again. This is where the cameraman has given no thought to clutter or distracting backgrounds. Your talent will always look better when the background has been thrown a little out of focus. Sometimes this is not always possible due to required aperture settings, or the lens. In these instances at least make sure that there are no trees or a lampposts growing out of your talents head. Always consider the background at the filming stage. Check the background and if a lamppost is growing out of your talent’s head simply take a few steps to the left/right and re-compose to fix the situation.

Oh my, do I see this one a lot with young children (aged 4 to 10). Picture this (pun intended), cameraman filming little Emily with her hair pinned back, proudly wearing her new camisole tutu just moments after passing a ballet exam. Cameraman (5’ 10”) stands upright with camera at his/her eye level, pointing said camera down at Emily (3’ 7”). The result will be a happy, but disproportionate child.

Filming down at a child like this results in little Emily having a massive head and tiny legs (and feet that are miniscule) that are akin to those funny looking little arms that stick out the front of a Tyrannosaurus Rex (what does Mr Rex use those for anyway?). The fix is to get down on your knees so the camera’s lens is on a level with the child’s chest. This will result in a child with the right size head, body and legs/feet that are proportionally correct. The only exception to this rule is when filming a larger person who has a very large bottom. In this instance I’d recommend holding the camera a little higher as this will distort the proportions of the body (for artistic reasons in this instance), making the shoulders larger and that large bottom smaller.

The golden hour – Use those warm hues

This one might be a little harder to achieve, but, if possible, try not to film when the sun is high in the sky mid-day during the summer as it causes harsh/nasty shadows that are unflattering. If possible film outdoors later in the day when the sun is lower in the sky, about two hours before sunset. An hour before sunset is known as the “Golden Hour” among filmmakers and photographers). Two hours before sunset the sun has more of the earth’s atmosphere to pass through, yielding a warmer and softer light, which is more flattering for your subjects. A lot of the movie, Captain Corelli’s Mandolin (with Nicolas Cage) was shot during the magic hour, which is why those shots look stunning. The director, John Madden, wanted the ‘look’ of those lovely warm soft hues that can only be achieved when shooting late in the afternoon.

If you have to shoot during the mid-day sun, wait until a soft fluffy cloud passes in front of the sun. Photographers and filmmakers call this “God’s Silk” as it acts as a lovely silk diffuser (like those on the front of studio lighting soft-boxes that photographers use) and softens the sun’s, otherwise, harsh light. Following this rule will yield more flattering, softer, romantic lighting and will make your subjects look gorgeous.